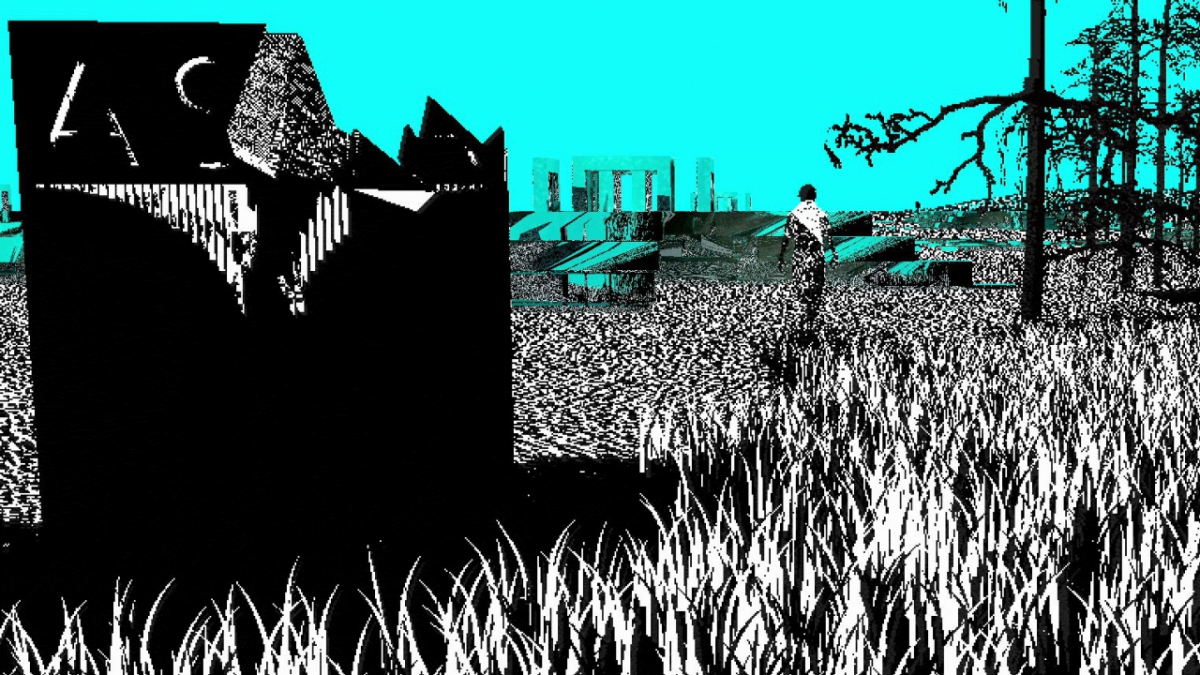 Upon opening, VCU’s new Institute for Contemporary Art opened gave visitors several inspiring and thought-provoking exhibits such as Betty Tompkins’ paintings “WOMEN Words”, and Paul Rucker’s “Storm in the Time of Shelter”, featuring life-sized figures wearing the regalia of the Ku Klux Klan, but instead of  white robes the figures were wearing silk Ghanaian Kente cloth. Along with that, the ICA introduced “Dirtscraper” a virtual reality game created by Brooklyn-based digital media artist Peter Burr and Oakland based video-game designer Porpentine.

The game takes the audience through various levels of the world including industry, and commerce, as you are led through a post-apocalyptic style world with protagonist, Aria, a janitor and caretaker working within the labyrinth. Having a love for dystopian-esque virtual reality games I decided to venture in and dive into this strange world.

Projected onto the walls of a small, black room, “Dirtscraper” looks to be just a very detailed experimental film in the aesthetic of Commodore 64. However, through the help of a small podium in the back center of the room, it allows the audience to control certain levels and aspects of the game as far as how far up or down, or left or right each level can go. Certain story mode screens add various important points of narration and dialogue to keep the story moving forward.

The work simulates an underground structure whose inhabitants move through spaces shaped by economies and class hierarchies — from mining zones to areas blazing with advertisements to luxury terraces adorned with sculpture. 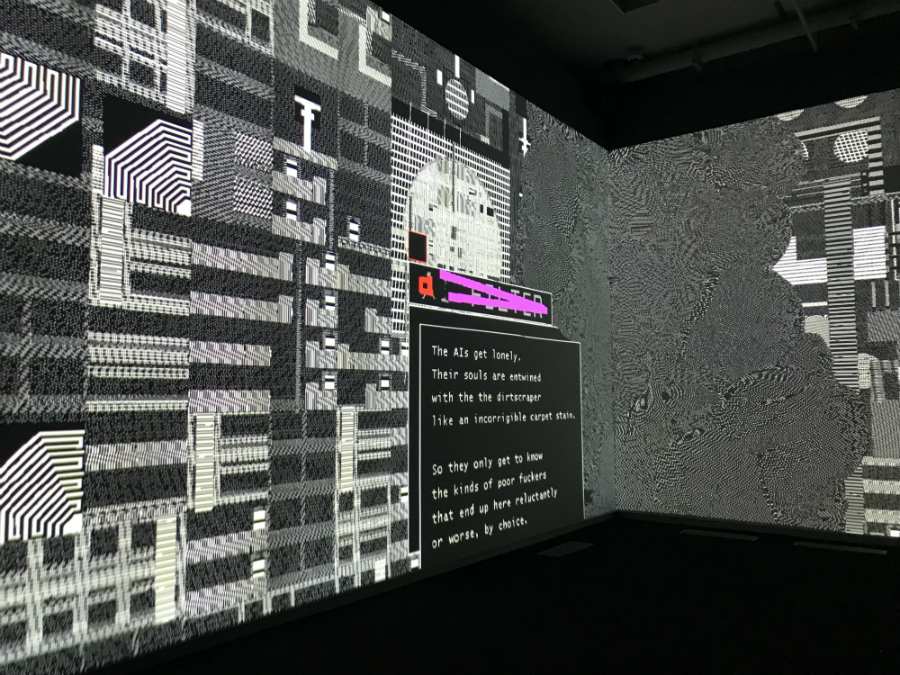 “[Dirtscraper] is really speaking about the ways [us as a] society use gaming as an extension for the ways that we take control and power over societies through different mechanisms [such as] commerce, city planning,” said ICA Curator Amber Esseiva. “Visitors are allowed to navigate through this world going all the way from subterranean to the top of the narrative, but they don’t actually have control.”

Art, even as far back as we can remember, has always had an underlying responsibility to make its audience think and challenge their ideas. Given the current political and social climates, while they did not directly influence, the piece did encourage it.

Essevia said these are topics that both Burr and Porpentine were heavily involved and interested in, and given the current climate, the timing just felt right.

“It’s just very fitting for everyone right now, but I would say for someone like Porpentine, a trans artist, who has been dealing with things like this for a very long time before it became public discourse,” said Essevia. “They’re just two artists who have been committed in politics and topics everyone is involved in now but weren’t before.” 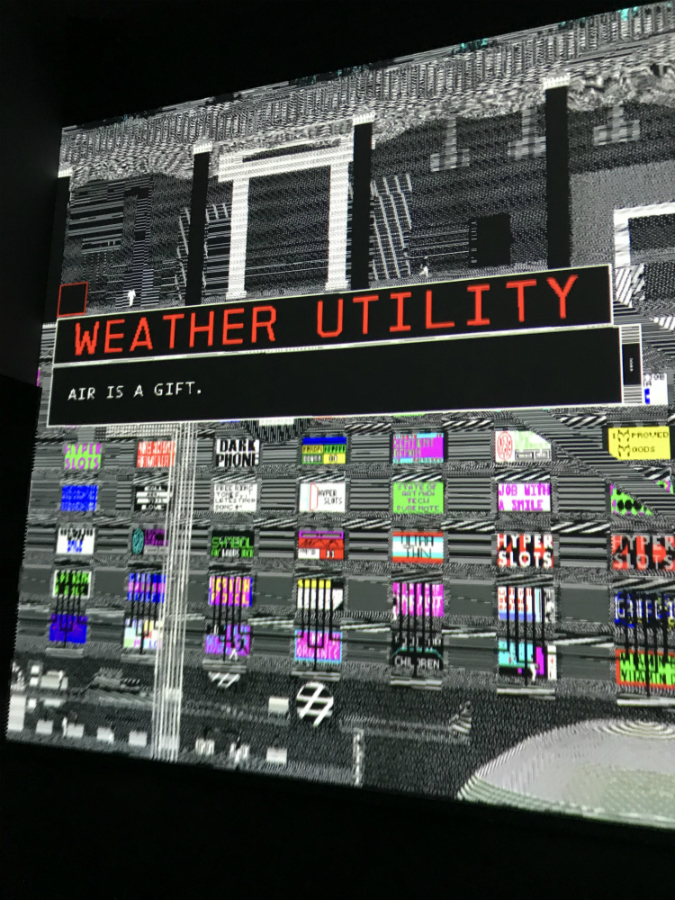 As it reflects the current dystopic mood of our society, it also invokes representation in its own way. Despite the fact that there is not an overall solid cast of characters or character development, there is building in the way of the one true character of the game; a cyborg named Aria End.

“[She] has been described as a cyborg woman with trans guts, who is kind of living in this world, but kind of totally controlled by the different AIs that are put into the game that control both inhabitants and this figure,” said Essevia. “One can think about what the relationship between a queer or trans body is in the world today and whatever measures or mechanisms are controlling those bodies and what those bodies want to be.” 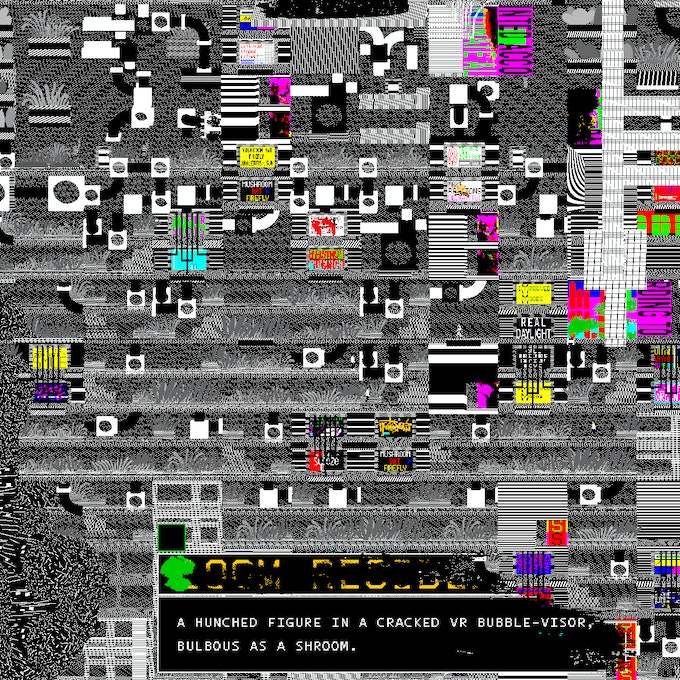 While the conversations about this collaboration had begun prior to being contacted by the ICA, Burr and Porpentine did specifically work on this piece for the ICA and the museum’s current show, “Declaration”. Originally shown in Sundance as a film, Burr and Porpentine were looking for an institution to house the installation as they were hoping for it to be properly displayed. “As part of it being born in the world as an installation, that was something specific to the ICA,” Essevia said.

One of the important questions that this installation brings to the table is really how different would the experience be if it were not interactive.

“You would lose a lot. [The] idea of it being interactive while you not having any control in liberating these people or doing anything to their daily ant farm life is this whole metaphor,” said Essevia. “While you might have control to move up and down in this life, you don’t really have any control to change the narrative or circumstances for the figures which is metaphorical for so many things going on politically.” 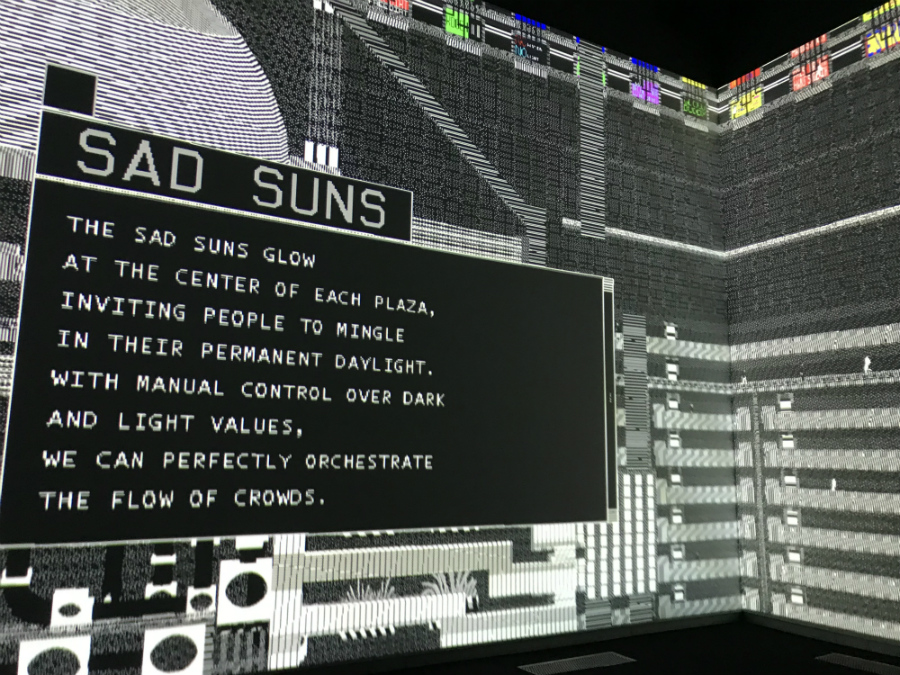 While so many of the exhibits at the ICA at VCU right now are, of course, made to make you think and question things, “Dirtscraper” is the only one that makes you actually feel it.

“Dirtscraper” is open now at the ICA at VCU as part of their Declaration show running until Sept. 9.