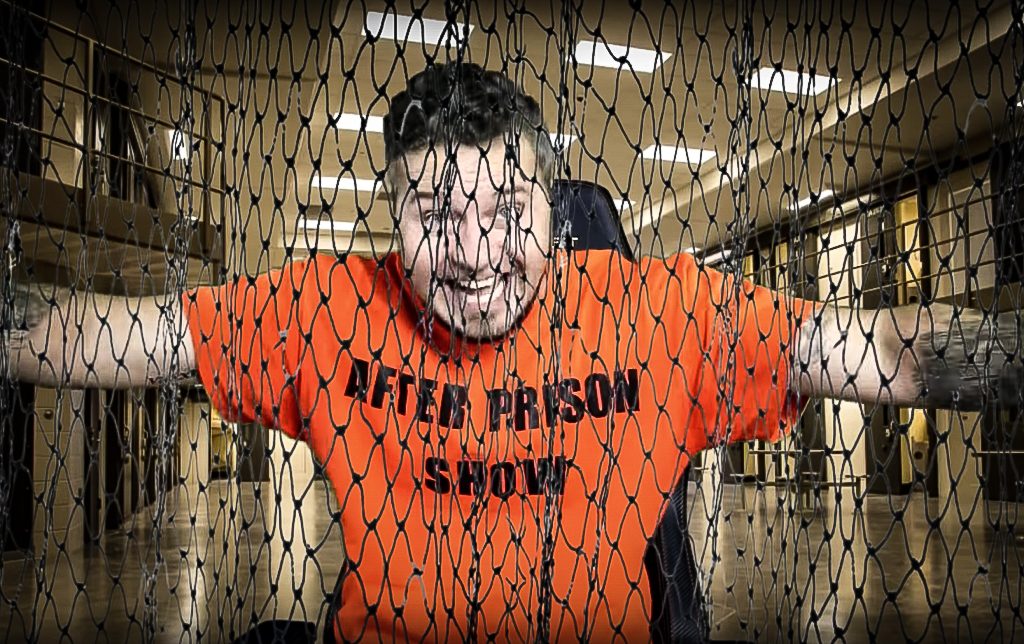 Some stories begin with rock bottom. For Joe Guerrero from Chesapeake, Virginia, it began with a sentence hearing and a batch of Seroquel pills — 14 in total.

“Now, I’m not guaranteeing this could kill me, but I had those pills for that reason.”

Guerrero was arrested on December 20th, 2008, caught with a pistol and cocaine with an intent to distribute. He was only 26.

“I didn’t know how much time I was going to get. They caught me with drugs, they caught me with a gun, and I was already a convicted felon,” Guerrero said. His game plan: if it got bad, pop them all, and waltz into the courtroom for a dramatic finish… maybe even do a dance.

“I didn’t care if I died. I hadn’t amounted to shit, and I was at a crossroads.”

But Guerrero didn’t follow through; he realized he’d have made a lousy martyr. “Who’s gonna give a fuck if I do this?” he said. “Wouldn’t it be the worst damn thing in the world, if people thought this was the best for me — for someone who had been nothing — except a burden, and a constant failure.”

Since his release on October 13th, 2015, Guerrero has been trying to rebuild his life in a world that isn’t friendly to ex-cons. His online Youtube sensation, the AfterPrisonShow, was a pipe dream he had in prison before his release.

Guerrero befriended a pen pal online, and under the guise of a few aliases, handed off stories to be published.

“I would definitely put some crazy shit up there… dealing with shakedowns, certain guards that weren’t the best to deal with,” he laughed. His first video was released that November, but the production quality was poor, and he couldn’t afford a decent staff on a temp wage.

“I even started getting my wages garnished at this temp service. I was making 25 dollars a day — now, how in the hell can I survive on this?” Guerrero said.

Today, the AfterPrisonShow, produced in Chesapeake, is the largest prison-related YouTube channel in the world, with over a million followers and a wildly connected community.

“The way I saw it,” he said, “Getting out at 32, if I don’t make something happen this time, ain’t nothing gonna happen for me.”

While Guerrero thought every video would be the one to land, the video which gained actual traction wouldn’t be for a few weeks after production started. That moment eventually came when his video showing how to make a jail-house tattoo gun from a motor from a beard trimmer, toothbrush, and plastic barrel.

After he saw the video averaging 20,000 views per hour, he gave his boss at the concrete factory the news. “I said, ‘I’m going to do this YouTube thing full-time, I can’t tell you when my two weeks is coming, but trust and believe it’s coming soon.’”

It took a week to reach 2,000 views, a month to reach 10,000, and from there his audience grew to 100,000 per month. He quit his job at the concrete plant, and received his first check from Youtube the next day.

Guerrero now works the show full-time with employees (mostly former convicts or addicts), including Guerrero’s other half, David Tordoff. After getting out of the pen the first time, Tordoff helped with the show while fighting relapse, and eventually became co-host.

The studio: A three-story, light-soaked batcave with scores of cameras, computers, light stands, and green screens. Guerrero sits in the center chair, and recalls the moment they reached a million.

“We were sitting in the mall food court, next to some state troopers,” he said. “All of the sudden, we got the notification and started getting hyped up.” Tordoff leaned over the troopers and told them the news, still wearing the signature orange jumpsuit AfterPrisonShow shirts.

“I said, ‘We just got over a million subscribers, and you’ll never guess what we do!”

Their episodes come directly from their experiences. The realities of being an ex-con also call for self-help guides, information heading into prison, life hacks while inside, and how to rebuild once you’re out. They incorporate all the entails to a prison lifestyle, but also the less flashy parts: the drifters, dropouts and dead-enders, the existentially homeless — which act as a lesson for those nearing the same fate.

“It’s almost like we’re jailhouse lawyers,” Guerrero said. “When you’re locked up, you spend a lot of time with guys who know the law as well as the lawyer, from studying it or going through it themselves.”

When court cases are brought up, Guerrero and Tordoff break down “potentially what the guy is facing,” and frankly, they give better insights to court outcomes and the judicial system than most lawyers.

“Oh, you’re going in front of Judge Eason? Boy, you better get your lawyer to postpone that!” says Guerrero. Tordoff bounces back, “Better put your flame retardant boots on.”

And despite the U.S. having the largest percentage of ex-cons in the world, there are many misconceptions about prison reform. Guerrero is certain to draw people in with the show’s new perspectives on criminality.

“We have a very unique audience. Our demographic includes people who have done time themselves, their mothers and fathers and brothers and sisters, and even kids who know people in the system,” he said.

But the two don’t claim to be professionals; what they offer instead is perspective.

“With what goes on in the news today, people respect our point-of-view because we offer something different than the news: We offer a convict who can tell you a whole different perspective,” Guerrero said.

But when addiction and the realities of their daily struggles come forward, Guerrero believes it’s his duty to be transparent when someone falls off the wagon. When Tordoff went back to prison, Guerrero addressed it by starting a livestream to fund his partner’s counsel — and only in the means he knew would work.

“I tasered and maced myself on live stream [to raise money for Tordoff],” he said. In total, he tased himself five times before macing himself on-camera. He raised over 3,300 dollars in an hour and a half: most of it in the final 30 minutes.

“They just wanted to see me get maced, that’s all that was,” he said.

While many episodes feature their savvy commentary and shenanigans, the duo wants to do more. They began meeting stragglers outside shelters, offering them a coffee and a chat.

“We try to help people mainly on an individual basis for now, and while we’re not always successful in changing people’s lives, one-in-six or one-in-ten is a success for me,” Guerrero said. Nationally, 76 percent of all inmates end up back in jail within five years.

What makes the channel connect with people is not necessarily the gravity of their content, bombasity of their on-screen personas, or the inclusivity of their discussions — according to Guerrero and Tordoff, there’s a serious media shortage of a felon’s perspective.

When Guerrero got married, fans from the show sent wedding presents. Another one of their followers from New Jersey named Will checks in on them once a week, to make sure they’re alright and have food in their pantry. When Hurricane Florence came through, fans by the hundreds hits their inbox, making sure the duo had their studio secured and MRE’s at the ready.

“We may not have the most followers on YouTube, but the people that rock with this channel…they are some the most genuine, caring individuals,” Guerrero said.

The duo is happy to help people wherever they can. As veterans of the system, they know when to call BS on its practices.

“There was a woman running our group session one time, and said ‘I can relate to you guys, I know what it’s like to addicted… I had an addiction to eating cake,’” he said. “These were her legitimate words. No one took her seriously.”

And while no addiction is a laughing matter, Guerrero follows with a strong point behind his story.

“Somebody can tell you something until they’re blue in the face — they can say it in the perfect way… the most motivating thing you ever heard in your life,” he said, “But if the person you’re speaking to could give a fuck less, what difference does it make?”

AfterPrisonShow’s lack of direction is its greatest advantage, and with limitations set by Virginia state codes, Tordoff and Guerrero will never be educators nor health professionals. But the show may just be a method that works, allowing actual felons to head the discussion on the challenges to their peers.

“If I just joined the army and I’m about to go to war, I’m gonna go and ask somebody who’s been there,” Tordoff said, “So I don’t consider myself a counselor, but I’ve come to realize I’m a role model. This show helps me stay clean… we definitely have some valuable information we can offer to the current conversation.”

To check out more from Guerrero and Tordoff, check out their show on YouTube or find them on Instagram.

What Did You Think? Of Course They Were Gonna Get Up And ...

The duo known as Get Up And Get It are video producers, social media influencers, and event planners. But first and foremost, JRoth and... READ MORE

At Black Lives Matter protests around the city, video cameras are the tool of choice for videographers documenting history as it... READ MORE

What Did You Think? Of Course They Were Gonna Get Up And ...

The duo known as Get Up And Get It are video producers, social media influencers, and event planners. But first and foremost, JRoth and... READ MORE

At Black Lives Matter protests around the city, video cameras are the tool of choice for videographers documenting history as it... READ MORE