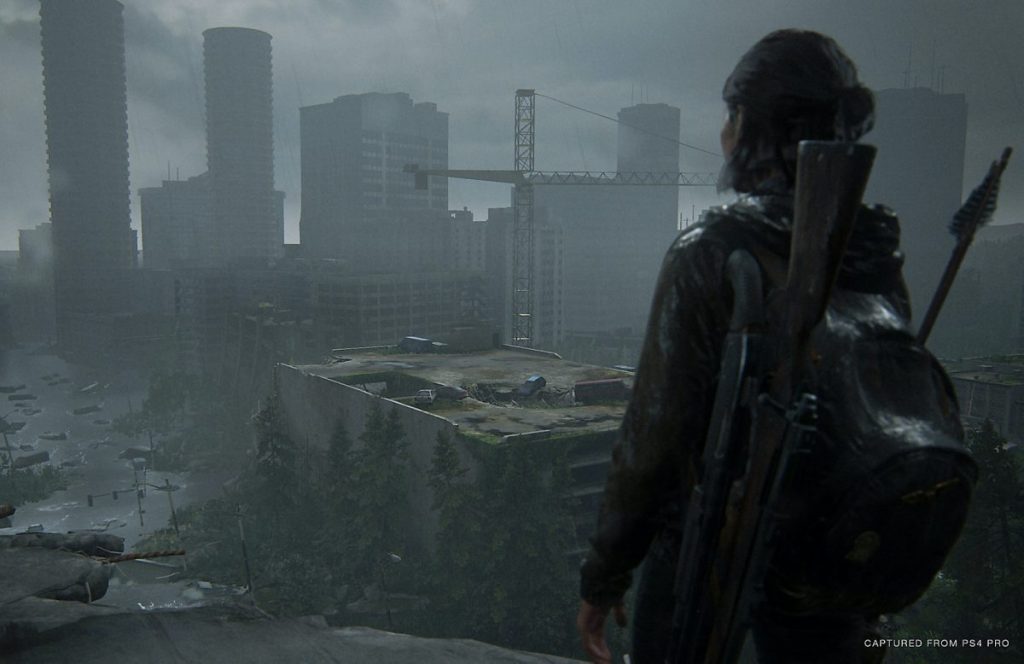 The Last of Us Part II via Playstation

In this edition of RVA Game Cave, columnist Jonah Schuhart dives into The Last of Us Part 2. Following its predecessor, TLOU2 challenges the player’s moral code, and captivates even its harshest critics.

Without a doubt, The Last of Us Part II  is the single most contentious game of the year. The degree to which it has left gamers divided speaks to an artistic quality, which goes somewhat deeper than the typical standards of good and bad storytelling. It may be abrasive and provoking, but it is an incredibly gripping and exhilarating experience. The Last of Us Part II tells a brutal, deeply nuanced revenge tale, in which players are at odds speculating on the validity of its message and the quality of its narrative structure. Regardless of its quality, the story’s narrative detail, care, and the polish given to the gameplay segments would make this title worthy of any avid gamer’s appreciation.

The original The Last of Us was one of the most revered story-driven games released in the past decade. It told a hopeful, positive story, set in a bleak post-apocalypse world. It primed its players for a wholly optimistic message, then annihilated their naive expectations with a brutal twist ending. The protagonist players grow attached to is sympathetic, and may seem benevolent, but his good intentions quickly turn selfish when tested. Joel is not a good person. The implied consequences of Joel’s final actions in The Last of Us were incredibly dire, and its sequel only proves those implications to be all-too-true.

The world of The Last of Us is not forgiving. It is not kind. It takes everything from its characters, and gives nothing in return. The quality of the game’s writing, animating, and acting only serves to deliver that feeling of emptiness to the player. Its original storyline brings us to the gameplay of The Last of Us Part II. (SPOILERS AHEAD!)

Four years after the events of TLOU, a group of ex-Fireflies track Joel and Ellie back to the town of Jackson, where they have been living seemingly peaceful, happy lives. At first their intentions are unclear, but the player’s suspicions are proven true when the group swiftly takes Joel hostage and one member, Abby, savagely beats him to death in front of his brother and Ellie. From there, the player controls Ellie as she seeks bloody revenge on those who murdered her surrogate father. Along the way, she encounters resistance from several factions… and her obstinate dedication to her goals forces her along a progressively dark, needlessly violent path as her grief and need for revenge overshadow the positive characteristics that make her relatable.

Ellie’s story is followed and contrasted by the story of Joel’s killer, Abby. Abby’s life as a soldier for the WLF faction, and personal vendetta against Joel, have turned her into a brutal killer. At times, her actions even draw concern from her friends — who, while complicit in the murder of Joel, remain somewhat judgemental regarding the savage way in which Abby ended his life. Abby’s journey parallels Joel’s journey in the first game, as Abby is eventually put in charge of a child from the WLF’s greatest enemy, the Seraphites. The child, Lev, is a trans male who is forced to leave his primitivist society as a result of their transphobic religious doctrine.

Abby’s desire to protect Lev from his hostile community, as well as her close interpersonal relationships with other Fireflies-turned-WLF, shed light on the ambiguous nature of the game’s world.

Is Ellie justified in her vengeance simply because Abby killed her adoptive father? Is Abby justified in killing Joel, as he not only doomed humanity, but killed her father in the process? Are peace, and the sheer amount of lives at stake, worth either characters’ horrifically merciless, violent methods and goals?

These are the questions that TLOU2 proposes to the player, as it progressively fleshes out the positive and negative qualities of both characters and their situations. The journey towards both characters’ eventual decisions leaves the player deeply conflicted. Players will be left adamant about their personal answers to the questions posed by TLOU2’s story, but it is unlikely their answer will perfectly align with both of the game’s protagonists. In the end, TLOU2 will force the player to perform disturbing, scarring actions in order to accomplish goals that directly conflict with their own moral code. The game’s ability to pose such a deep philosophical challenge to players only adds credence to the potency of its writing, and the skill of both its animators and actors. TLOU2 is ugly and depressing, and for that, it is all the more engaging.

That level of engagement would be for nothing, however, if it did not remain interesting during gameplay. Just like in the original TLOU, players are given an arsenal of weaponry and craftable items to dispatch enemies. Likewise, players are expected to use a combination of stealth and open combat during enemy encounters. Seasoned players will adopt tactics that highly resemble the unpredictable, swift nature of guerilla warfare, as they duck through the game’s environments while isolating and picking off vulnerable targets. What sets these encounters apart from TLOU2’s predecessor, however, is the level of detail and complexity given to them. Environments are much more complex and varied, and any situation can be approached from a number of angles. Furthermore, enemy AI is much more robust, as groups of enemies utilize cooperative tactics that actively adapt to the player’s own approach.

This level of detail extends beyond the reach of the game’s combat as well. The story is given just as much respect in-game as it is during cutscenes. As if to drive home the point that even violent people have sympathetic lives, enemy AI have names, and their friends will often react with despair or anger when a player’s bullet flings their brains onto the wall behind them. Characters have natural, often lighthearted, dialogue during the game’s exploration segments that reveal their softer sides. Even minor details, such as Abby’s fear of heights, are brought to the forefront during certain moments. This constant humanization of deeply flawed characters (both in-game and out) are half of the reason TLOU2’s world feels as alive, and as depressing, as it is.

The success of TLOU2’s storytelling only services its contention. Many gamers actively criticize and dislike this title, both on the basis of its controversial revenge tale, and the political nature of characters like Lev and the traditionally non-feminine Abby. While many of these complaints are mired by personal bias and even outright bigotry, TLOU2 is not immune to criticism. As well-written as Abby’s section is, the game may be asking too much from players: it initially sets her up as worthy of hate, then immediately expects the player to sympathize with her when they step in her shoes. Spend the first 10 hours of a 30 hour game trying to kill someone, and it will never be easy to let that feeling go for the next 20. Apart from the fact that this decision only coincides with the game’s overarching themes, the reality that this switch affected many players so deeply speaks to the game’s ability to captivate and challenge even its most dire critics.

Whether TLOU2 is good or bad is nearly moot. Regardless of where the player stands, the story manages to capitalize on the captivating nature of its predecessor, and continues that legacy with gusto. No matter who you are, this game will challenge your expectations, and it will leave you with a sour taste in your mouth. Whether that sour taste is a worthy experience is up to the individual player, but the fact that it appears so potently is certainly worthy of a recommendation.

Top Photo via The Last Of Us Part II/Playstation