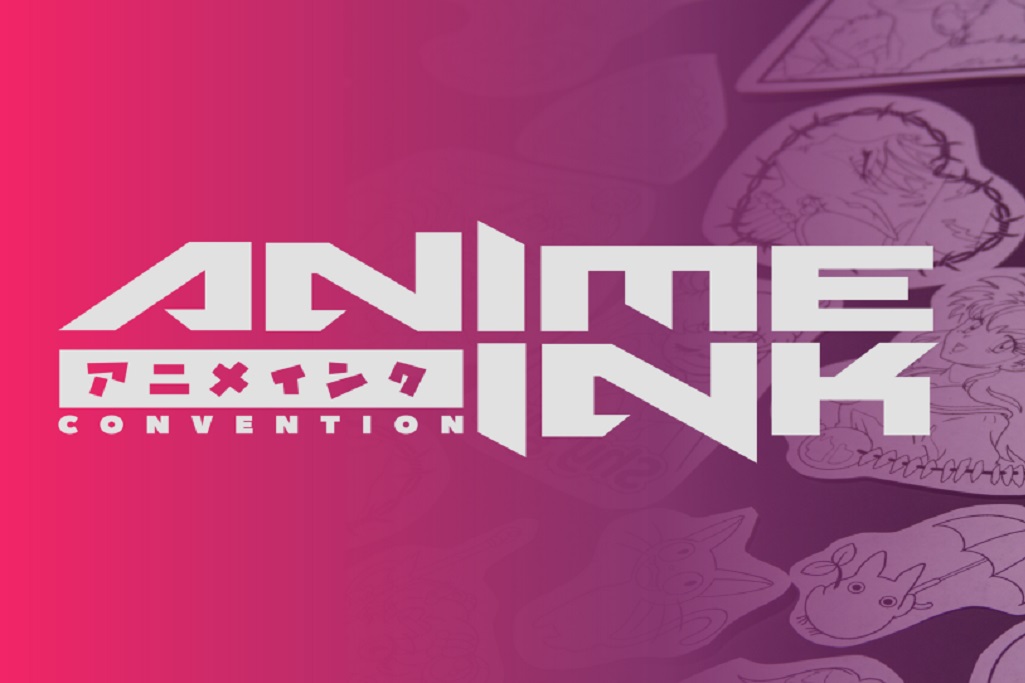 Want to get a Sailor Moon backpiece, a Gundam on your leg, or just check out a ton of anime- and tattoo-related merch? Greater Richmond Convention Center is the place to be this weekend, as the Anime Ink Convention returns to RVA!

What do Sailor Moon, Gundam Wing, and Kiki’s Delivery Service all have in common? Aside from being classic anime from our childhoods, they will also (most likely) be tattooed on someone this weekend at The Greater Richmond Convention Center during Anime Ink.

With an original debut in 2019, Richmond’s only anime-focused tattoo convention is back in action after a two year hiatus. Featuring over four hundred artists with two hundred booths at the event, and other vendors and events for those not being tattooed, there is something for every anime and tattoo fan walking in the doors this weekend.

Organized by Kimberly Graziano, who runs Black Rabbit Tattoo in Richmond, and Christian Moore, who runs Vault Tattoo in Charlotte, NC, Anime Ink helps bridge the gap between anime fans and tattoos. Graziano and Moore met because of the inaugural Anime Ink in 2019, and both tattoo artists, big anime fans themselves, agreed quickly that this event needs to keep happening.

“It’s definitely [Kimberly’s] brain child,” said Moore. “We met through our love of pop culture, video games [and] tattooing. The tattoo industry has so many shops and conventions, but nothing that is themed. She thought it would be awesome to do a themed tattoo convention where everyone not only loved tattooing, but they loved similar subjects that they were tattooing, like anime and pop culture.”

Much like other industries, COVID rocked the hell out of the tattoo industry. Planning an event like this, even now with vaccination rates going up as cases slowly start to ebb downward, was, in short, difficult. Between watching what other events were doing and following as closely as possible to ever-changing CDC guidelines, there was a lot to keep track of. The biggest task at hand was figuring out whom of their international artists could make it. 150 artists unfortunately had to reschedule, making 2021 a smaller show than originally planned.

Needless to say, for an event that requires a lot of folks to get up close and personal with each other, there will definitely be parameters in place to keep everyone as safe as possible, and prevent further spreading, to the best of their ability.

Naturally, if you are taking a break to eat or hydrate, your mask can stay off while doing that. Keeping your mask on while otherwise enjoying the event will be the best way to keep everyone safe for future conventions.

While the event originally launched in 2019, this is their “rebranding” launch for the event. The intent is to focus on anime themed tattoos, but there is a wide variety of pop cultural interests represented at the event. Whether you booked your tattoo, are getting a walk-in, or are scoping out the vendor booths, there really is something for everyone — especially if you’re into arcade games.

“We have a whole arcade section,” said Moore. “It’s a squared-off area that has old Japanese arcade classics. We also have a tattoo contest, and a cosplay contest. It’s enough to keep people busy, but we realize people are going to be spending their days getting tattooed. In future shows, we are going to try to get five to ten booths that are meet-and-greets, and potentially a panel. ”

For tattoo artists, the application process is closed for 2021, but it could not be easier should you decide you want to be involved in the future. All skill levels are considered, you just have to be down with anime and pop culture, and tattoo it regularly. Even if you don’t tattoo anime-related work regularly, it isn’t necessarily a no, you are just put on a waiting list in case there is room after those who tattoo it more often are considered. Moore emphasizes that regardless of what level you are as a tattoo artist, you are welcome at the show.

With so much anticipation for the show, and so much going on, there is a lot to be excited about. What is Moore excited about as one of the heads of the show?

“I love seeing people enjoy themselves in a comfortable community,” said Moore. “I love seeing this hyper-focused group of people that all have similar interests, who feel safe talking about what they love. I love that for people who love tattoos, who love anime. I think I’m excited to just see all of that under one roof after we have put all of this together. To be honest I’m probably just going to walk around and people-watch. I want to walk around and see everyone smiling and getting tattooed.”

Ash is a writer and improviser from Richmond. She has a BA in English from VCU and an associates in Theater. When she isn't writing or screaming on a stage, she can usually be found wherever the coffee is. Bill Murray is her favorite person along with her black cat, Bruce.
Topics: anime, Anime Ink, arcade games, Black Rabbit Tattoo, COVID-19, Greater Richmond Convention Center, tattoos, Vault Tattoo