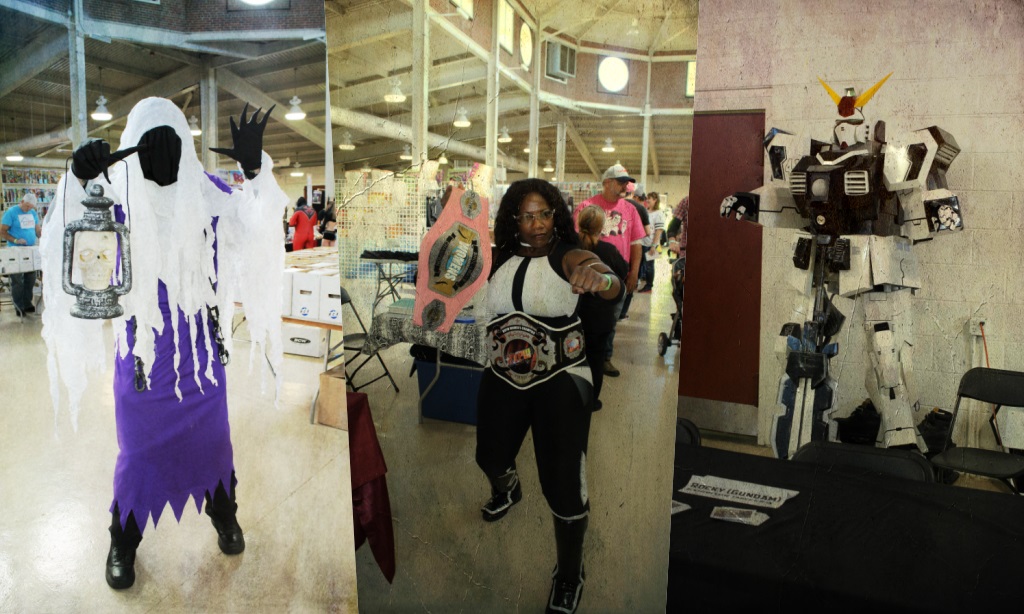 Good afternoon, comics fans! Welcome to another edition of RVA Comics X-Change, your biweekly go-to spot for comics and pop culture. This week, instead of getting you the best recommendations for the next two weeks, we decided to make a pit stop at VA Comicon, which took place last weekend, and give you the lowdown on what you missed.

Housed at the Richmond Raceway, the 2018 VA Comicon was on the smaller scale, but still proved to be a popular hub for Richmond’s comic community and casual fans alike. As cosplayers walked around the center, various vendors were set up. They ranged from casual fans selling their collections to genre writers; there was even a table set up for Breakout, an escape-room franchise in Midlothian.

Fellow RVA Mag writer John Donegan was kind enough to help me maneuver our way around the arena full of people (and even got himself 3D-printed). With so much happening all around, we had to stop a few people and ask what was going on. 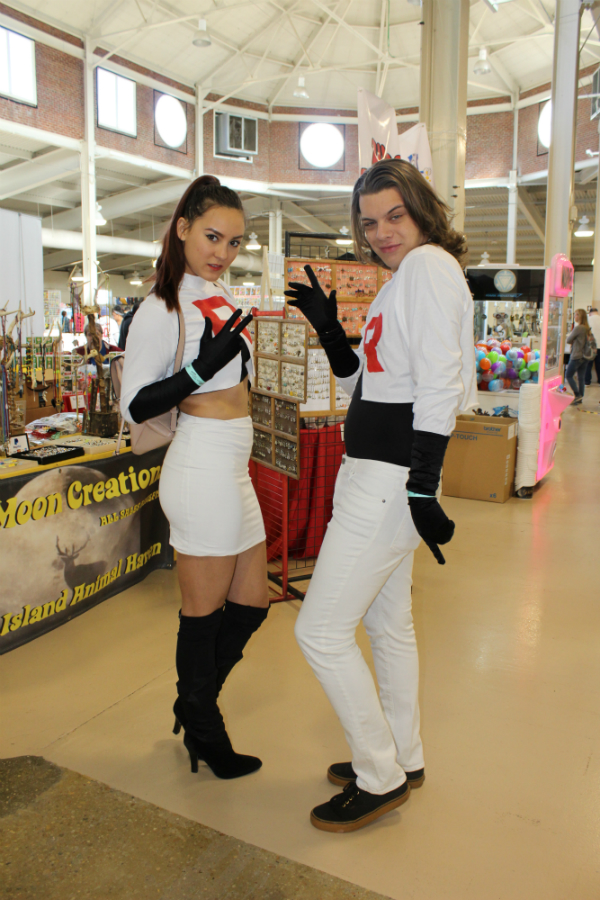 Katie and Richard, aka Team Rocket

Meet Richard and Katie, your friendly neighborhood Team Rocket cosplayers. Neither of them had ever been to a comic convention before, but upon learning that there was one nearby, they decided they had to investigate. Understandably, they had a lot of requests for pictures as they walked the floor.

“I’m surprised, I didn’t expect so many people to talk to us,” said Katie. “I’m enjoying the attention,” added Richard. 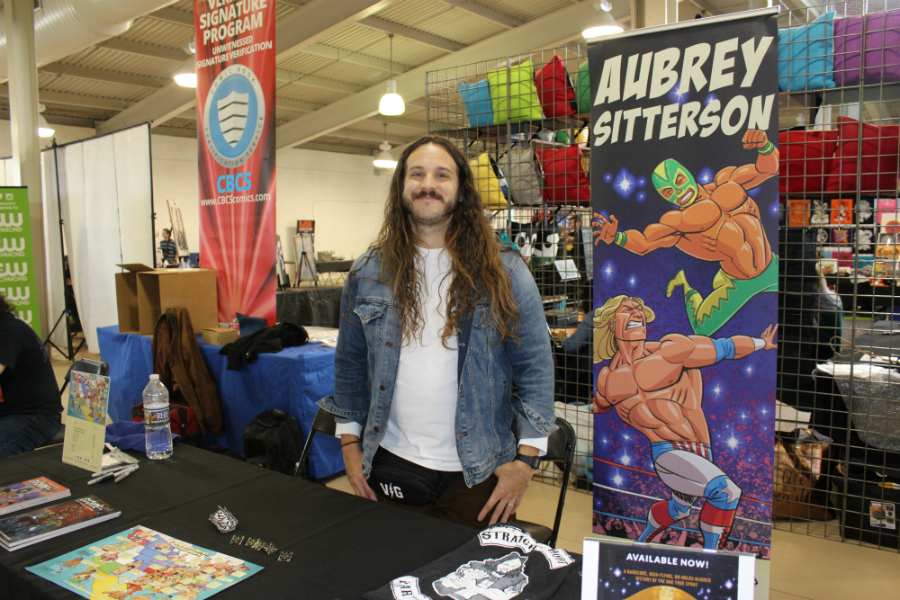 Among the professionals in attendance was comic writer Aubrey Sitterson, who wrote The Comic Book Story of Professional Wrestling. Sitterson is actually a Richmond native, but he currently lives in Los Angeles. With such powerhouses on his resume as Marvel, DC, and IDW Publishing, I was sure he does conventions on the West Coast all the time.

Any difference between East and West Coast cons?

“It’s a lot colder here, man,” said Sitterson. “I don’t see too much of a difference. The neat thing about comic book conventions is that there are about a dozen different ways to do Comic Con. There are people who do cosplay and take pictures, people who check out comic books — my favorite people. I like that there is such a huge variety of stuff to do for people.” 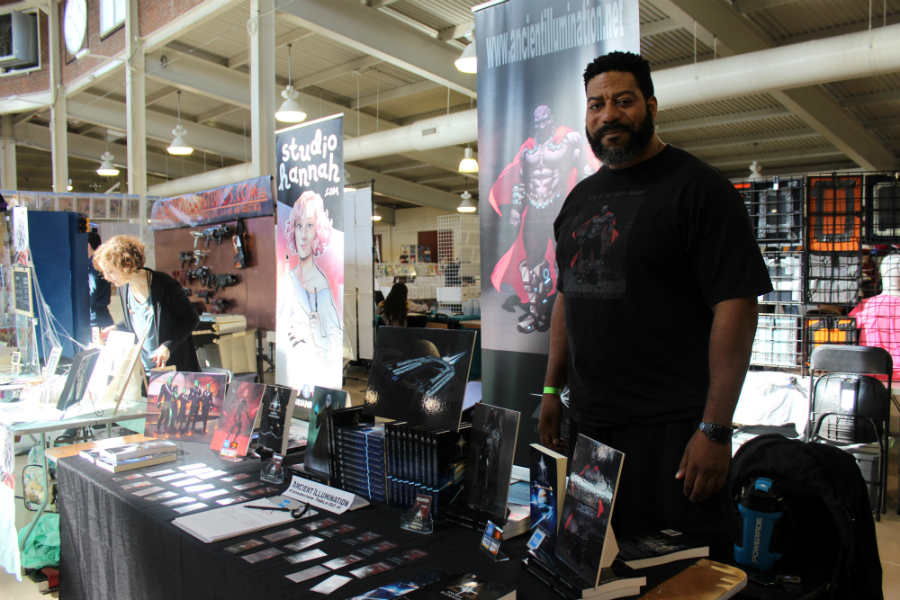 Sci-Fi novelists were certainly in attendance, and we had the joy of meeting with author Rod Van Blake at his table. Van Blake is currently working on the third novel in his series, Ancient Illumination. He’d come to VA Comicon to talk to fans about his novels — and sell a few, too. Van Blake lives in the area and mostly tries to stay relatively local, going as far as Baltimore Comic-Con or Awesome Con in DC. This makes selling the novels easier, and, he joked, makes it so he doesn’t have to lug around a hundred books at a time.

How is being a vendor at a convention different than being a passing fan? A little bit, he remarked.

“It’s a lot more leisurely when you’re just walking around looking at stuff,” said Van Blake. “I tend not to sit down as a vendor, because I like to engage people as they come by and tell them about the book. I still get to meet a lot of nice people and see the crazy costumes as they walk by.”

Naturally, even a few comic shops were in representation. Charlottesville’s Telegraph Comics made an appearance, albeit without any comics to sell, instead bringing posters and other paraphernalia. They thought smart; realizing everyone else would be bringing the comics, they decided to bring the easier-to-carry things.

“We’ve been wanting to try out smaller, more local shows,” said one of the owners, Kate DeNeveu. “There’s always an enthusiastic crowd.”

And of course, just to round it out, there was also a wrestler in attendance. Wrestler Dynamite Diva was undeniably more excited than anyone else to be there. 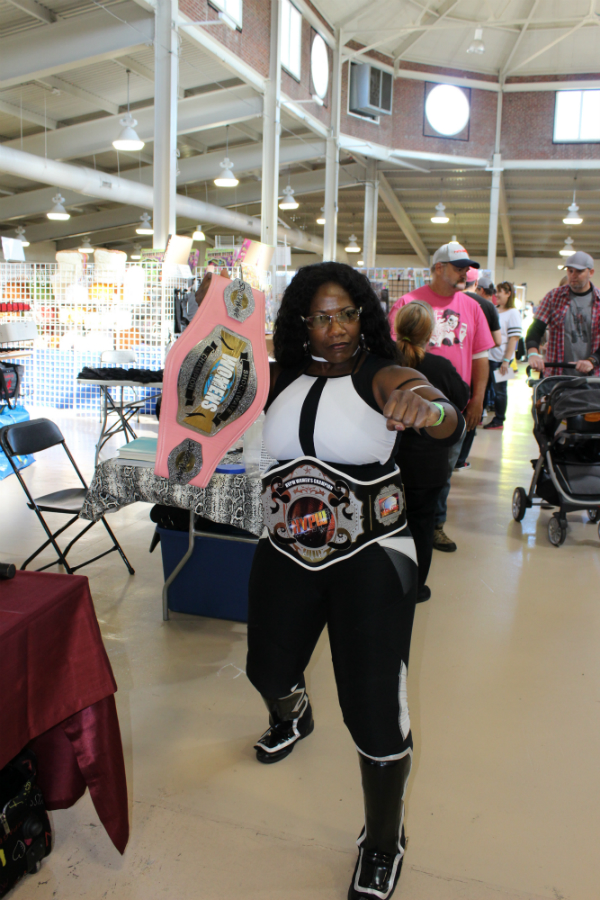 “This is my first comic-con; I got an invite, and wanted to see what it was all about,” said Dynamite. “I have one of these crazy characters that kind of blends right in, so I actually blend somewhere.”

The wrestler herself couldn’t name every costume she saw at the convention, but she recognized a few. “My son gets me into all of this anime stuff because he has me at home watching it,” she said. “He would probably be able to say all of them right off. ”

And so another successful VA Comicon comes to a close. Did we see you? Any favorite costumes?

Your recommendation for this issue, as we head into November, is to keep your eyes peeled for the Avengers: Infinity War 4 trailer that is to be released this upcoming month. What are you looking forward to with the new trailer? Any theories?