Sounds Of RVA Presents: On The Horizon #18 - RVA Mag 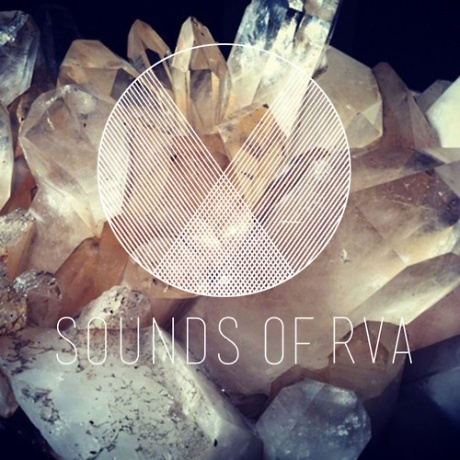 This week’s Sounds Of RVA column needs no introduction. Here you go!

This week’s Sounds Of RVA column needs no introduction. Here you go! 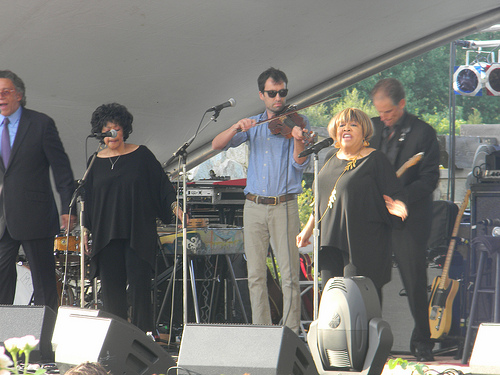 This past week, Sounds of RVA was treated to a free Groovin’ in the Garden pass, and you guys get to reap the benefits. First, Mavis Staples came on stage, and Brent Baldwin caught this iphone video of her performing “The Weight” with stage guest Andrew Bird (the headliner that night). Here is the video:

photos by Sounds of RVA

Andrew Bird put on an incredible performance on his birthday, and the audience even sang him “Happy Birthday” between songs. One of the coolest things he had on stage were these spinning horns that acted as Leslie speakers. The lights would go crazy when the device was used, and it created a pretty overwhelming scene.

And lastly, Bird premiered a new song never played for an audience. “Three White Horses” was simply beautiful, and Richmond was honored to bear witness to his debuting the new song.

Now we can get down and dirty with The Dirt Krew. The new tune “Slangin’ Drugz” talks everybody’s favorite way to get people out of your way. How many times do your friends blow you off like this? 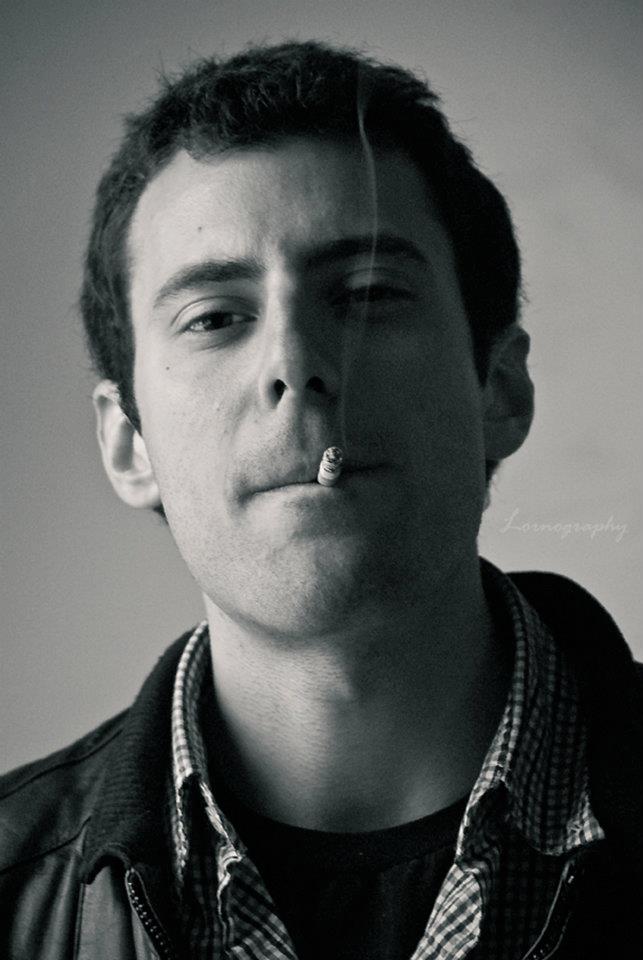 “Take Your Time Before You Knock Me Down” 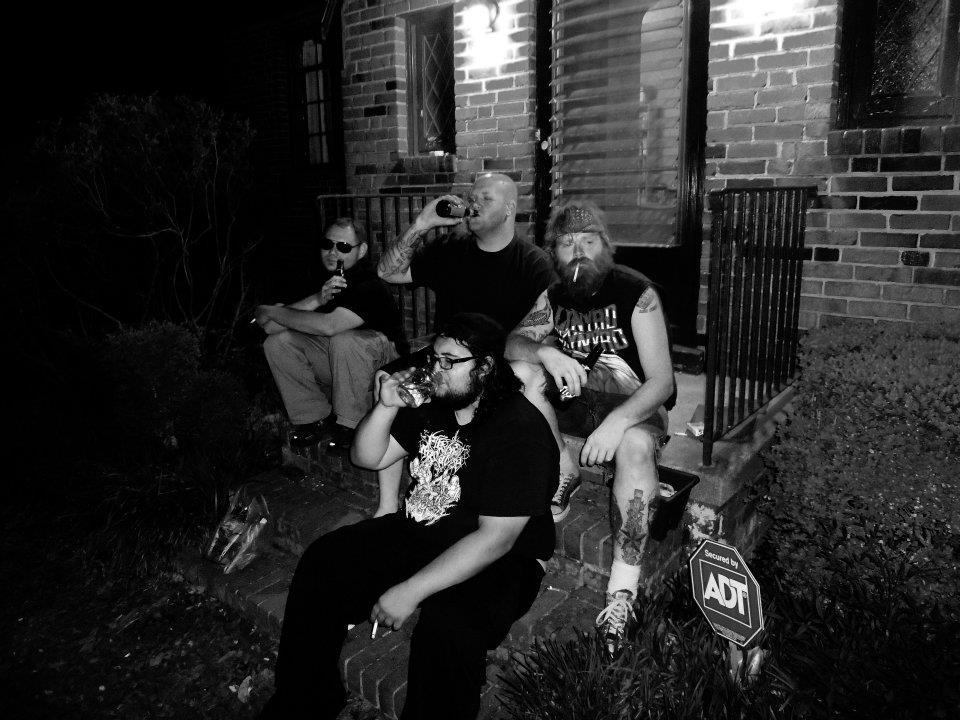 Finally, Sounds of RVA had a chance to ask Dan Krahn from The Blackout Shift a few questions. The band is getting ready to play Schneck-a-palooza this weekend.

How did The Blackout Shift get together? Are you/were you in any other bands?

Tony Smash and I had started Hellnecks together back in early 2009 with the intent of making epic rock music for people to get drunk to. When the band broke up in the summer of 2010, Tony and I still wanted to work together creating songs in the same style we had been. So, after a brief break (during which my girlfriend and I purchased a house where I could have a practice space) we got back to writing new material. Eventually a few riffs led to some songs we could show to people and this allowed us to bring vocalist John Stern into the mix. This started a tedious year-long period where we searched all over for a drummer to complete the band. After looking high and low and trying out close to a half dozen people on drums, my buddy Chris Carr ended up hearing some of our stuff and asked if he could start blasting out some beats for us. That was back in February. Since the other three of us had been working on songs for close to a year, we wasted no time and jumped right into the recording process. We recorded 6 originals at John’s house out in Sandston, and rather than pay someone to master it, John took the reins and taught himself to how to do it on Prologic. So, in the end we produced/recorded/mastered the whole EP ourselves and I fell it stands up to the studio work I have heard around town.

What are you doing this weekend?

Outside of rocking the fuck out at Schneck-a-palooza Saturday night? Working running sound at Bandito’s Sunday and mowing my lawn… maybe.

Do you all write your songs collectively or is there a main songwriter?

It’s a collective process. Typically Tony will have a riff he came up with that he will bring to practice, then we flesh it out together. Most are a work in progress until we play them out, and even then we may still tweak them.

What have you been listening to lately?

On the rock side it seems like Turbo AC’s, American Speedway and Motorhead have been what I go to lately. Although I did just download Oingo Boingo’s album Dead Man’s Party… “No One Lives Forever” is a kick ass song.

Will this be your first appearance at Schneck-a-palooza?

No, Tony Smash and I rocked it back in 2010 with Hellnecks… that was our last show.

Are you excited about playing Schneck-a-palooza?

Fuck yeah. Mark [Schneck] is a truly awesome dude to do these shows every year, and we are extremely grateful he put us on the bill even though compared to all the other acts we are pretty new. Also, he has one of the best setups for bands to play at in his garage. Outside of maybe the National, you’re not going to find a better sound system, which is fucking awesome because it’s in his house.

What is your favorite beverage of choice at practice and shows?

Miller Lite, or Ol’ Reliable, as I affectionately call her.

Describe a favorite show you have played.

It’s hard to pick; there’ve been a lot. Currently I would have to say the lead up to our first show at Wonderland. Chris was new to the band and we had a month and a half to get him up to speed, all the while working on recording. It was a lot of work, but I must have rocks in my head because I actually like stuff like that.

What are you stoked on this summer?

It being over and the heat subsiding. We are really looking forward to next summer now that we have the album done and can try to get ourselves on some more of the summer festivals, like Heavy Rebel Weekender and Macrock.

If you could get a company to sponsor your band, who would you want?

Outside of the fine people of Miller? A gas company would be nice. Or maybe Sheetz… Yeah, Sheetz. We could get gas, food and beer. I guess some sort of musical company sponsorship would be nice as well.

If you have tatts, describe your favorite one.

They’re like children. They are all my favorites, even the “bad” ones. But if I had to pick one on the fly to talk about it would be my first. I had promised my parents I wouldn’t get any tattoos while I was in college, so, a week or 2 after I graduated I went to my buddy Derek, who was apprenticing and looking for someone to do his first tattoo ever on. I told him I wanted to get the Crimson Ghost tattooed in between my shoulder blades, to which he replied “Fuck that, you’re The Wolfman, you’re getting a Wolfman.” I offered up some leg space for him to practice on, and a lot of hours later (in a bedroom) I had a Lon Chaney wolfman on my leg.

What is the best thing about playing rock and roll?

Getting to be a fucking rockstar and count myself among the legions of other prolific rockers… even if it is in my own mind.

Schneck-a-palooza is this Saturday (7/21) at the Garage Mahal in Mechanicsville. All profits go to the Richmond SPCA. Some of the bands performing are: People’s Blues of Richmond, The Atkinsons, Barstool Heroes, Marionette, and Rev. D-Ray and the Shockers.