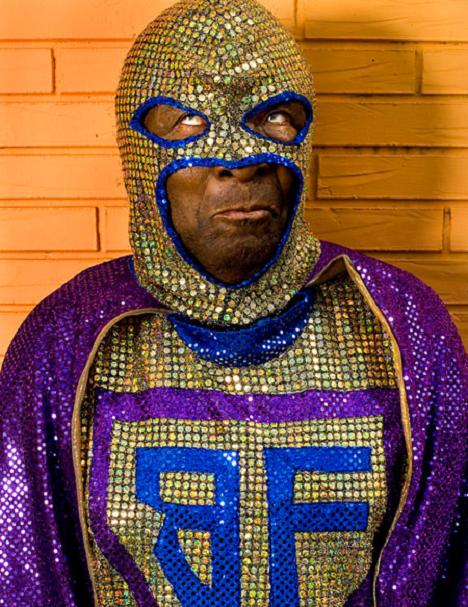 Saturday, December 1, 9 p.m.
Blowfly, Bermuda Triangles, Soulpower/Midnight Soulstice DJs Pari & Mr. Felty @ Strange Matter – $10 Adv – http://blowflyrva.eventbrite.com / $12 Door / 18+
File this under: I’m pleasantly amazed Blowfly is coming to Richmond! What a terrific get for Strange Matter.
Clarence Reid, aka Blowfly, is part rapper, part singer, part comedian, and a mandatory must-see. Blowfly, all 73 years young of him, is a number one legend. Starting out as a songwriter in the 60s, Blowfly graduated to being a performer himself. And we should be elated he ever did. Whether it’s through his funky music or weird and wild parodies, he captures the audience’s attention at first gasp. Blowfly’s take on one of your favorite classic rock or punk albums is sure to be addressed tonight in a way only Blowfly can do it. Yes, you’ll be laughing so hard, your beer is certain to come out of your nose.

Joining Blowfly tonight will be those local crazy cards themselves, Bermuda Triangles. Also throughout the night you can dance like you never danced before thanks to the wonderful turntable stylings of DJ Pari & Felty. You know, the Soulpower and Midnight Solstice DJs. Oh, what a miracle of an evening this will be. See you there! 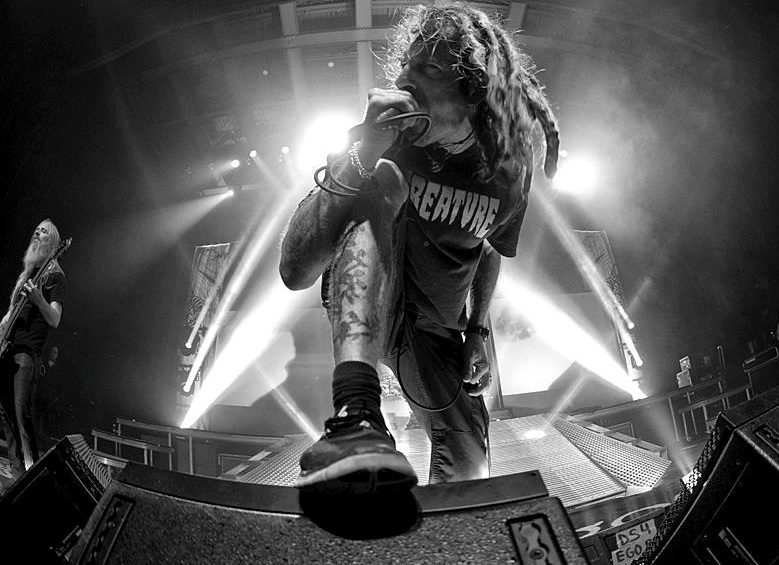 Wednesday, November 28, 8 p.m.
Lamb of God, In Flames, Hellyeah, Sylosis @ The National 8pm. (possible sellout) – $39/$46 http://ticketmaster.com/Lamb-of-God-tickets/artist/862390?tm_link=edp_Artist_Name / All Ages
The prodigal sons return to the City of Monuments. Now as I write this, this show might be sold out or damn close. However, if you can go, go. Randy and the boys are better than ever, touring in support of the Resolution LP, and this show will be Randy’s first show in Richmond since the Czech debacle. Wow, this show is going to be way over the top–just like all the rest, if you think about it. If you are into metal, and who isn’t in Richmond, it is of dire importance that you see Burn the Priest–oops, sorry, Lamb of God–at least once before your death. Randy Blythe, Chris Adler, Willie Adler, Mark Morton, and John Campbell are the biggest things to come out of our fair city since, well, since ever. For what it’s worth, I’m starting a campaign to get a monument to Lamb of God on Monument Avenue. Won’t you join me?

Have your face blasted off on this hump day I say. Joining Lamb of God tonight will be the terrifyingly splendid hardcore metal bands In Flames, Hellyeah, and Sylosis. Shit, just those three bands alone would be a miracle. 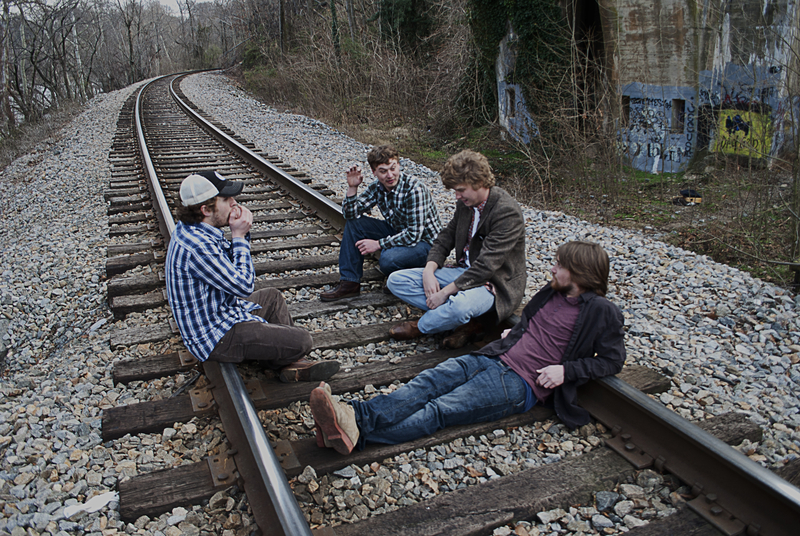 Wednesday, November 28, 9 p.m.
Moon Taxi, The Shack Band (pictured above) @ Capital Ale House Downtown Music hall – $10 Adv – $12 Door -http://myticketstobuy.com/capital-ale-house-music-hall /18+
Moon Taxi is back in town, and if you missed them before, you missed an ecstatic high-rising progressive indie band out of Nashville. The band met at Nashville’s Belmont University–which, by the way, VCU plays on Saturday. Anyway, these talented lads have been playing divine music since ’06.

Be prepared to get your senses blown away, while drinking high quality beer. Moon Taxi is better than cash cab, I’m telling you. Touring in support of their new album, Cabaret, Moon Taxi will take you for a ride through endless journeys smothered in enriching sounds. They craft the songs we want to hear.

Richmond’s the Shack Band opens up this diamond with their jam funk rock. If you haven’t seen these guys, you might want to catch them within the acoustically ideal confines of Capital Ale House’s Downtown Music Hall. 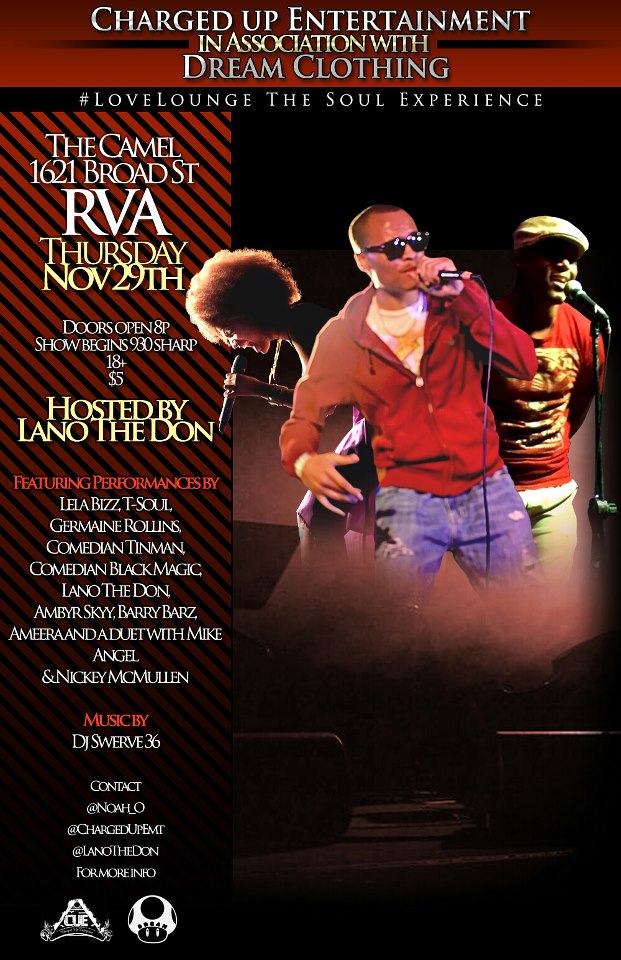 Thursday, November 29, 9:30 p.m.
Charged Up Entertainment & Dream Clothing present Love Lounge: The Soul Experience featuring comedians Tin Man & Black Magic, Germaine Rollins with music from Lela Bizz, T-Soul, Lano the Don, Ambyr Skyy, Barry Barz, Ameera, Mike Angel, Nickey McMullen, Swerve 36 @ The Camel – $5/18+
Noah O knows exactly what Richmonders need before the birth of Christ, and that is pure unadulterated rhythm and blues. There is a lot to be had at this show: R&B, comedy, and voices a mile long. Soul has never been more soulful than what is going to take place tonight. This lineup includes some of the best singers in Richmond, so I say go. Dammit, go to this fabulous expose brought to you by the man with the golden ear, Noah O, and those other super producers over at Charged Up.
If you haven’t heard the complete side splitting humor of Tin Man & Black Magic, and Germane Rollins, you are completely missing out. Then the elegance of Lela Bizz, T-Soul, Lano the Don, Ambyr Skyy, Barry Barz, Ameera, Mike Angel, and Nickey McMullen, backed by the king of music himself, Swerve 36, takes over your listening pleasure. Damn, I think I better hit this lion of a show up. If I don’t step into the Camel this fine Thursday evening, I’ll regret it later, as will you. 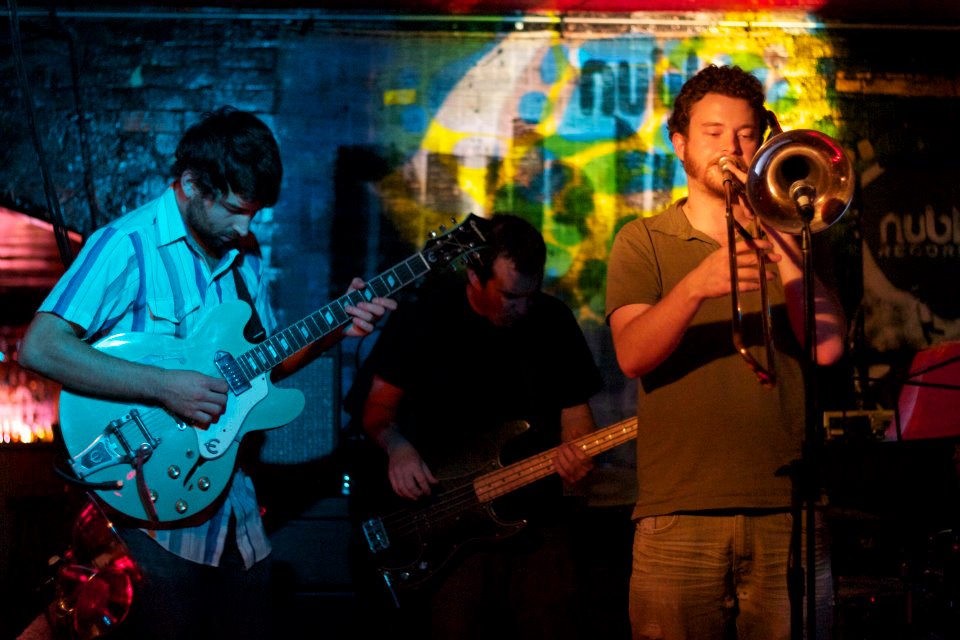 Friday, November 30, 10:30 p.m.
Super Hi-Fi, DJ Rattan @ Balliceaux – Free/21+
Looking for a little dual-trombone dub in your life? I know–who isn’t? Well tonight, Brooklyn’s Super Hi Fi pays the Fan District a visit as they stampede the stage at Balliceaux. This is a band that put the afro-punk back into the brass. Yes, it can be done. Hi-fi is nice, but a super hi-fi is better. Heavy on the double trombone sound, it’s a sure bet Balliceaux will be bouncing. So, put down your expensive drink, and shake, rattle, and roll. Off ex-Richmonder Jim Thompson’s Electric Cowbell Records, Super Hi-fi is an experience and once again, Balliceaux delivers the funk, soul, and dub. 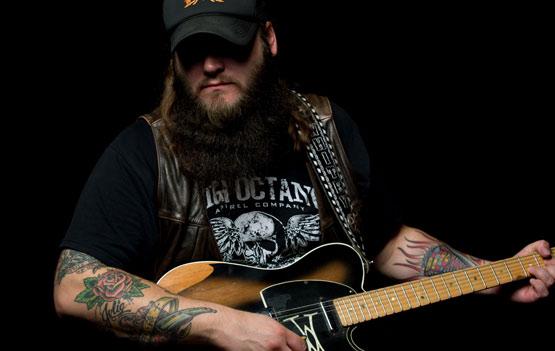 Friday, November 30, 10 p.m.
Whitey Morgan and the 78s, Barstool Heroes @ Cary Street Cafe – $10/21+
Whiskey bottles for everyone tonight. True honest-to-God honky-tonk bands take over hippie paradise tonight as Whitey Morgan and Richmond’s Barstool Heroes are on the stage. The saloon is open and ready for you to get down and dirty for a rockin’ good ole time with country rock that has meaning. No word yet, on if the chicken wire will be set up in front of the stage, but it could be, as Whitey and the 78’s supplies us with both kinds of music: country and western.

Barstool Heroes has a Richmond hero as a frontman. His name is Randall Robinson, and he’ll get the boots-a-stomping before Whitey Morgan fills the honky-tonk with sweat and a stagecoach full of bourbon we all can share. Let me also just say this: pointed boots, vests, bolos, spurs, ten gallon hats, and bandanas are encouraged. So, mosey on over to Cary and Mulberry where there’s plenty of room to park your horse, and come on in off the range. 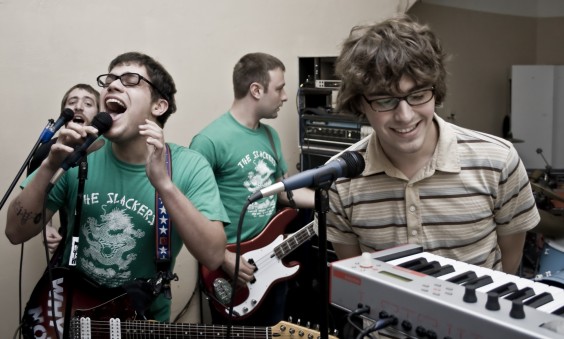 Monday, December 3, 8 p.m.
Bomb the Music Industry, Swearin’, Nona, Sundials, Little Master @ The Camel – $8 Adv – http://bombthemusicindustryrva.eventbrite.com / $10 Door / All Ages
Bomb the Music Industry must be out of bombs because this tour is their last go-round. So if you enjoy this punkish ska band that literally plays to the crowd, I suggest you attend this event. Since its BTMI’s last show in Richmond, I consider this night an event, not a show. Oh, how this band will be missed. They really knew how to pack ‘em in. Centered on the crafty mind of Jeff Rosenstock, BTMI has killed it for the past eight years. If you want to move, then this is your show. Kids flying over kids are a significant piece of your own private history. In fact, I want to go to this show. GRTC take me away!

Jumping into this banana is Swearin’, a potty mouth of a punk band from Brooklyn. Oh my, Nona is there too. Richmond party juggernauts Little Master rise up with their brand of Richmond freak rock with a cherry on top. Then there’s that other Richmond band, Sundials. My oh my, Sundials rocks the youngsters into a séance to be outdone by no one. Sundials’ punk rock is the room. Not those in the audience, but the music itself. It’s deep, it’s chronological, and of course it’s a movable feast of rousting punk rock. If only the shoppers across the street at Lowe’s knew what kind of spirit they were feet away from. 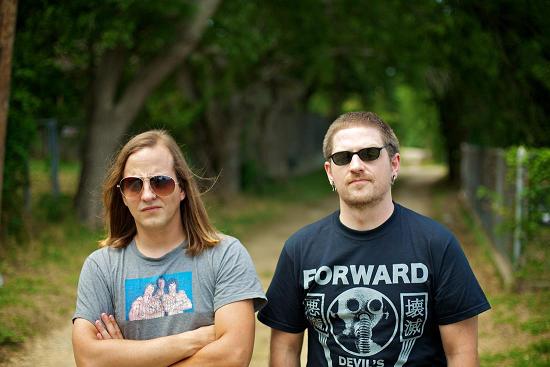 Tuesday, December 4, 10 p.m.
Pinkish Black, Hellbear, Navi, Devil’s Hand @ The Nile – Donations/21+
What a donnybrook this show will be. Punk, math, and hardcore power rock hold sway tonight at that historical building we all know and love at 309 North Laurel Street.

Self described as new wave doom punk rock, Texas’ Pinkish Black is a spiral of exercises that lead you to pound your fist against other fists. Perhaps angst is really a feeling of beauty. Every time I hear Pinkish Black I hear fear, darkness, and a gallop to the death chamber; yet there’s no death, just a synthesizer and drum kit to appease your burdensome sensations. This duo has got it, and will take you to the beginning before it begins. Give Daron Beck and Jon Teague of Pinkish Black your ear, and they’ll give you a raven on a leash.

Richmond power rock trio Hellbear is back from that hiatus–which lasted way too long, mind you–to perform this dream outside a nightmare. Navi, those thrash math heads, are on board to shake our upbeat charm into the abyss. And then there’s the classic hardcore punk of Devil’s Hand. Devil’s Hand is much underrated and every time I listen to them, or watch them via the inter-webs, I want to smash something. These gents are trouble, and that’s a good thing in today’s musical landscape.