Ryan Muldoon of Revolt Of The Apes presents his top 10 albums of 2012 (with a bit of a cheat). In no particular order…

Ryan Muldoon of Revolt Of The Apes presents his top 10 albums of 2012 (with a bit of a cheat). In no particular order…

Apart from sharing a label (Thrill Jockey) and on occasion sharing a tour schedule, both White Hills and Pontiak share an almost unnerving knack for knock-out dynamics, capturing and combining the flamboyant and the subtle, not only from album to album, but song to song, and riff to riff. White Hills may represent the third ring of Saturn, while Pontiak cover the no less breathtaking Blue Ridge Mountains – but these albums display both sharing a rarified air.

The power of the riff was alive and well in 2012, even as – especially as – these two largely instrumental outfits made their best attempts to twist, crush and pummel that power into submission. It’s Not Night It’s Space apply esoteric rituals of volume to their cosmic odes, while Dead Sea Apes – following up on their incendiary Astral House EP – turn Lupus toward their own brand of hazy, watery, mutated dub-like darkness. 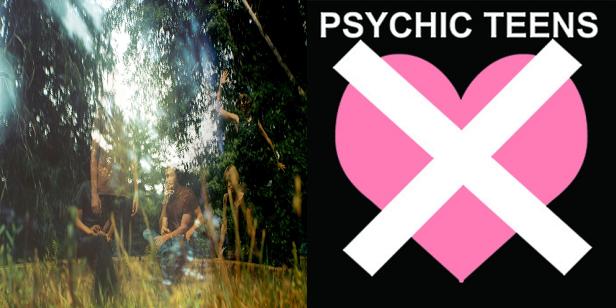 Ah, youth. A hazy memory for us, but at least there’s music to trigger the memories of our younger years. Perhaps no album did that more directly for us in 2012 than the debut from Psychic Teens, whose approach is disarmingly simple: merge the volume of My Bloody Valentine with the hate-the-world ethos of The Misfits, rinse and repeat. Mmoss’s second full-length, Only Children, is a more complicated affair – despite its title, their mix of krautrock and flute-driven folk may have been the most self-assured and mature album of the year. 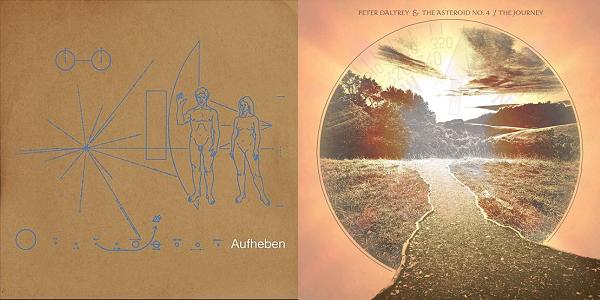 4. TIE: “Aufheben” by THE BRIAN JONESTOWN MASSACRE / “The Journey” by PETER DALTREY & THE ASTEROID #4

It’s tempting to point out that The Brian Jonestown Massacre have been breathing life into the corpse of psychedelic rock and roll since before the corpse went cold, but with an album as brilliant and beaming with life as Aufheben, it hardly seems necessary. The Asteroid #4 – veterans in their own right – take a wholly different approach on The Journey, teaming with Peter Daltrey of the UK pioneers Kaleidoscope for an album that updates and improves the path less travelled.

Which devil will you choose? France’s Aqua Nebula Oscillator return from their spacecraft sabbatical, finding themselves locked in a lightless cave where there’s no other choice but to bash through fuzz-fueled numbers like “Kill Yourself” and “Riot,” using only discarded femur bones and third-eye energy. Meanwhile, Peaking Lights emerge again with an inter-dimensional energy all their own, a dub-love manifesto to the bringer of light. 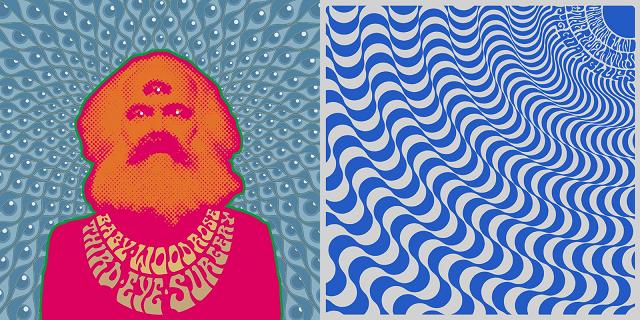 Ten years on from their debut, Blow Your Mind, Denmark’s Baby Woodrose continue to create Nuggets-worthy trips to an alternate universe where singles still matter and the headbands are tied tightly. It’s a world where Christian Bland and The Revelators would not just belong, but thrive – their second album is a stack of Texas-tuned garage rock record brought rumbling to life.

7. TIE: “Under the Pale Moon” by WYMOND MILES / “See the World Given to a One Love Entity” by GUARDIAN ALIEN

Under a Pale Moon – the debut full-length from Wymond Miles, guitarist of San Francisco jangle-giants The Fresh & Onlys – is a ten-song collection of otherworldly goth-pop hooks. See the World Given to a One Love Entity – the debut from Brooklyn’s Guardian Alien, led by Liturgy refugee Greg Fox – is a one song, thirty-seven and one-half minute attempt at sonically creating cosmic consciousness. Although they sound nothing alike, the two albums are cut from the same cloth. We’re all one, dude.

Sun Araw and co-conspirator M. Geddes Gengras swim to Jamaica, meet reggae legends, record album appropriate for the coronation of the King of Atlantis. Australia’s Dreamtime, meanwhile, get abnormally stoned, buy amplifiers outlawed by U.N. treaty, and channel the ghosts of a haunted, shoegaze past that never was. Amazing. 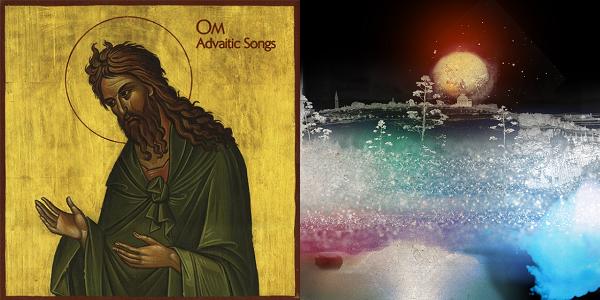 Here’s to the long song. Time has been kind to Om, who continue to fritter and waste the hours in an offhand way, but whose continuing majestic mantra is now colored and enhanced with shades and shadows of devotion (tabla, flute) that may have once threatened the low-end purity of their sound. Carlton Melton leave no star unturned on their instant immersion masterpiece, Photos of Photos. We’ve said it before, but as Carlton Melton fail to disappoint, it bears repeating: sensory-awareness space rock recorded in a geodesic dome. It’s fait accompli.

10. TIE: “EXU” by VERMA / “An Echo Through the Eyes of Forever” by BLACK SCIENCE / “Drink the Sun” by EIDETIC SEEING