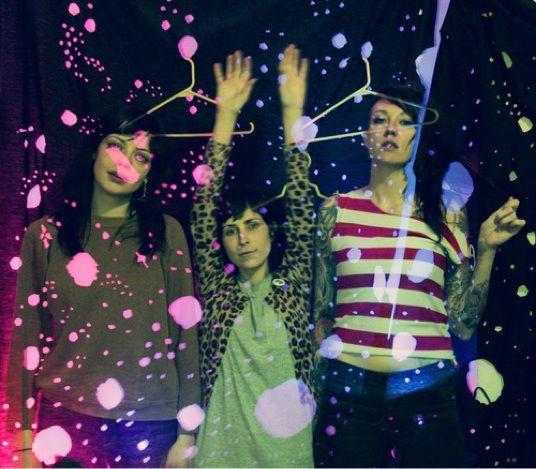 Richmond favorites The Coathangers return this month for their fourth show in the River City. On the cusp of releasing their fourth of four split 7 inches since last fall (this time with South Cali rockers Audacity; the previous three were with Heavy Cream, Davila 666, and Nu Sensae), the Atlanta, Georgia band are treating the East Coast to their gritty garage punk sounds.

Richmond favorites The Coathangers return this month for their fourth show in the River City. On the cusp of releasing their fourth of four split 7 inches since last fall (this time with South Cali rockers Audacity; the previous three were with Heavy Cream, Davila 666, and Nu Sensae), the Atlanta, Georgia band are treating the East Coast to their gritty garage punk sounds. We chatted on Thursday with vocalist/guitarist Julia Kugel about The Golden Girls, diners, and recording their new LP. 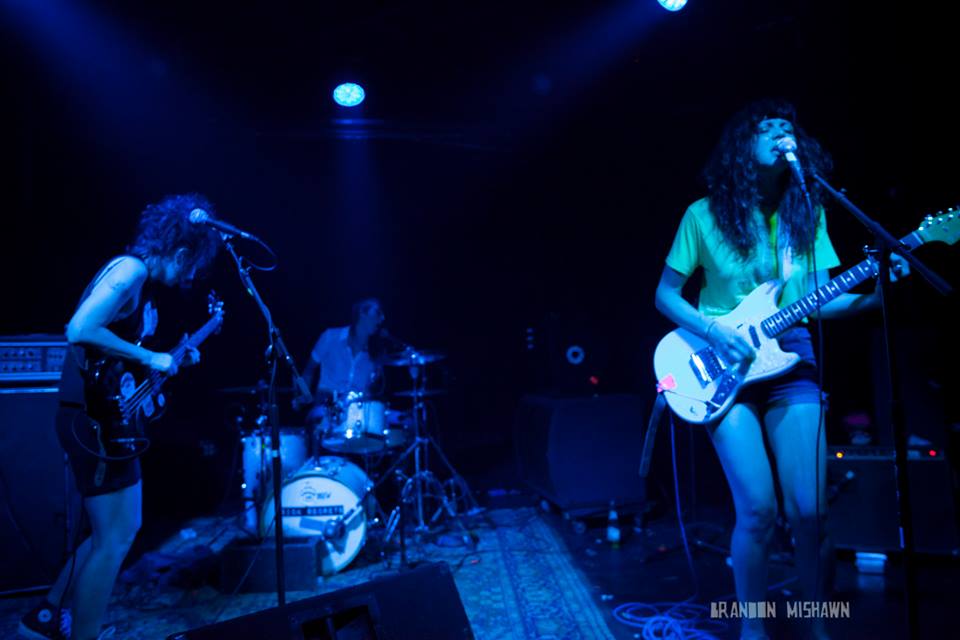 Julia, how are you today?

So whereabouts in the country are you right now?

We’re in Baltimore. We played at the Ottobar, our favorite Baltimore show we’ve ever played, so that was cool.

What made it your favorite?

Well, we played with a couple of really good bands. I actually missed the first band but I heard they were amazing. They were called Wet Brains. The first band were all girls, the second one was Slow Jerk and all the dudes put on dresses. It was really good, like fast punk rock. Just like, kids were there, and they were stoked, and we did karaoke. I don’t know.

So was that the third show of the tour?

It was the second. We played Asheville the other night so tonight is our third show.

Are you guys currently recording your fourth album?

Yeah. We went and we recorded two songs. We’re just trying to figure out exactly where and how and when we’re going to record. We’re doing this tour for a couple of weeks, then we’re going on a month tour with Guitar Wolf, which we’re really stoked about. So we’ve recorded two new songs and we’re figuring out when we can go and record more.

So you don’t have a date when the album may be coming out, a ballpark figure?

We’re shooting for March next year. That’s why we’re trying to get it done now. 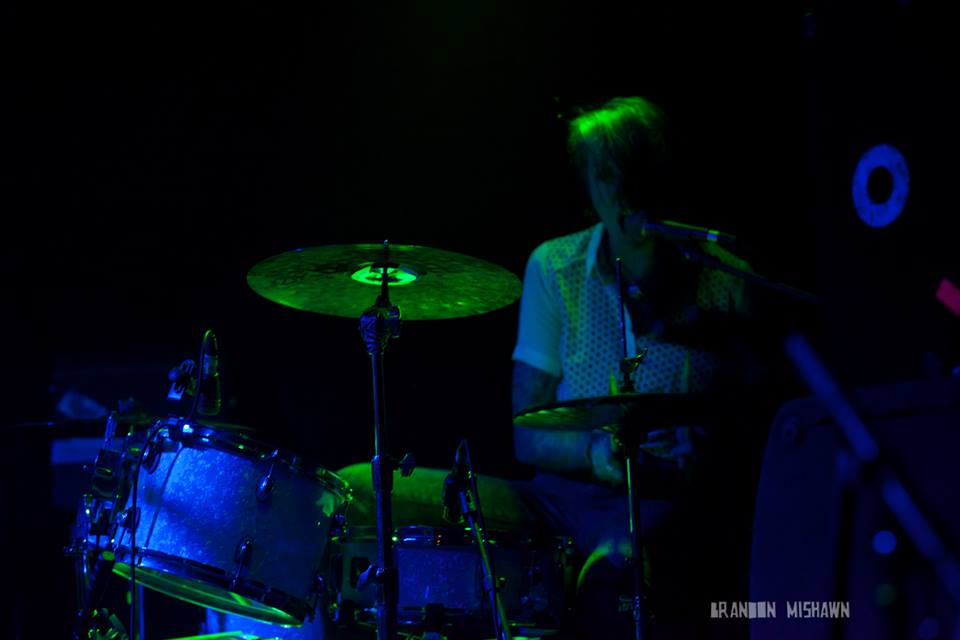 How do you think it compares sound-wise to Larceny and Old Lace [the band’s third LP, released in 2011]?

Hopefully it is going to be better. I feel like every album we improve on our songwriting or playing or recording. You know…kind of exploring too.. I think it’s just going to be good. We’ll do our damnedest to make it good, but still sound like us.

I was reading that you named Larceny and Old Lace after an episode title of The Golden Girls. Is this true?

That is correct. I’m a huge fan. I wrote two papers on The Golden Girls in college. It’s a brilliant show. I was watching this episode and it came up cos they have the titles at the bottom. “Larceny and Old Lace? That sounds awesome.” Sophia’s boyfriend was being a bank robber. I don’t know. It was just really cool sounding.

We actually started basing that whole record on women serial killers. There’s a book–and a play, I think–called Arsenic and Old Lace, which that was taken from. It’s about this serial killer, this lady that killed like 12 of her babies or something crazy. So it all just kind of tied together in this weird cosmic way.

Do you think Bea Arthur would have made a good member of The Coathangers?

Dude, I am Bea Arthur in The Coathangers. That’d be just awesome.

You guys have toured the States pretty extensively. Which city would you recommend a foreigner to visit that isn’t your typical guidebook recommendation?

New Orleans. There is nothing like New Orleans. Every city kinda grows on you and reveals itself, maybe slowly. New Orleans is so rad, so different. Tucson [Arizona]. Tucson is so, everything that’s like in the desert, in the southwest area. New Mexico is beautiful. There’s something magical about that.

Then the East Coast, of course. You know, New York. I feel like it’s overdone or… not overdone, I love New York but everyone knows about New York. It’s like if you get to travel a few places in the States you can see completely different environments, different cultures, different everything. 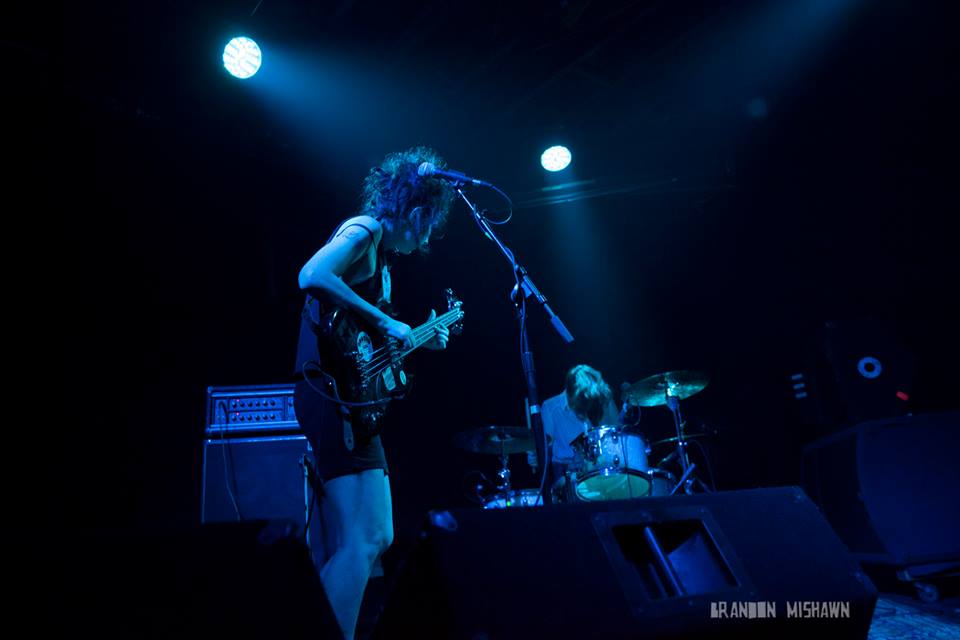 Yeah! It’s fucking huge and we have like, everything. I remember the first time we drove to the West Coast through the desert, it just blew my mind. I mean if you go through Boston and into the Northeast in the fall, it is the most beautiful foliage. The colors–the red, the orange. It’s amazing. The United States is an amazing country.

What has been your best diner experience?

We actually ate in an old Woolworths in Asheville yesterday [The Soda Fountain at Woolworth Walk]. That’s like one of the original diner dining experiences. That was delicious. Plus, Asheville is full of hippies, so they had vegetarian options.

How many times have you played in Richmond?

We played a pool hall one time [The Triple, which closed two years ago], then we played at Strange Matter with The Growlers. We played at the other one, this old building… We’ve played like four times. Something gallery? [Gallery 5] That place was rad.

What do you think of the punk scene here?

It’s really good. I mean, the scene there in general was good. When we played with The Growlers I guess it wasn’t like, super punk, but the kids were so fun. We’ve always had really good shows. Even when we played at that pool hall it was awesome. There were like six people there, but they were stoked.

Do you have any favorite things to do when you’re in Richmond?

I don’t know that we’ve really had time to hang out in Richmond. Oh, we went to a good diner there. It was around the corner from this old hotel. Oh fuck, I don’t remember the name of it. 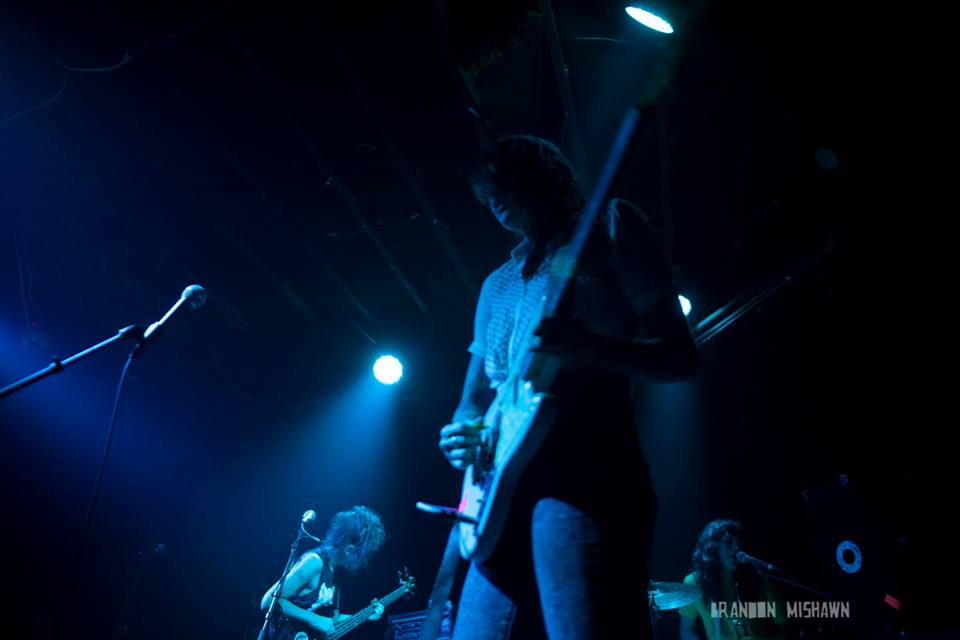 I’m from Australia and I must admit I hadn’t heard you guys until I came to the States. Have you ever toured in the southern hemisphere?

No. We want to. We definitely want to.

So, there’s no concrete plans to play there, you’d just like to?

No. We’d like to, it’s just a matter of getting over there. People have been like “come here!” And we’re like, “Okay, but can you pay for us to get there?”

Do you have a country you would you most love to play in?

Japan and Australia. We haven’t gone in that direction yet. And South America, I’d love to travel there. Brazil–fuck. Being in a band is the greatest excuse to travel and see shit, and have people kinda have to take you in.

Are you working on any new material for White Woods [Kugel’s solo project]?

Yeah I am. I’m actually going to have a debut show, my first show, in November. So, I’m putting that together in the midst of, like… The Coathangers record comes first, but after that, it should be done by then. I’ve been getting together some musicians. I’m probably going to do a full-length album, but it’s just about finding the time to record.

Do you think you’ll be playing any shows as White Woods in Richmond any time soon?

Oh, I don’t know. Let’s get through the first show first! I don’t know how I would do that. But sure, sure. Someday we’ll do that.

Have The Coathangers got any releases coming out before the fourth LP?

Well, that we just finished our last 7-inch in our 7-inch series with Suicide Squeeze. We did a four-part series of splits with bands that we love. This is our last one. It’s going to come out in October. It’s with this band called Audacity out of Southern California, and they rule, so we’re really excited about that. That’s the only new release. Besides that and the Guitar Wolf tour and y’know, us working on the new record, that’s pretty much what we’re up to.

Thanks Julia! We’re looking forward to seeing you next Wednesday.

Yeah, we’re stoked about it!

The Coathangers will be playing at Strange Matter on Wednesday August 28th. Joining them will be DC’s Gangland Buries its Own, and locals The Nervous Ticks and Heavy Midgets. Tickets are $8, and can be purchased here. http://coathang.eventbrite.com/ More info can be found here: https://www.facebook.com/events/168311953346914/