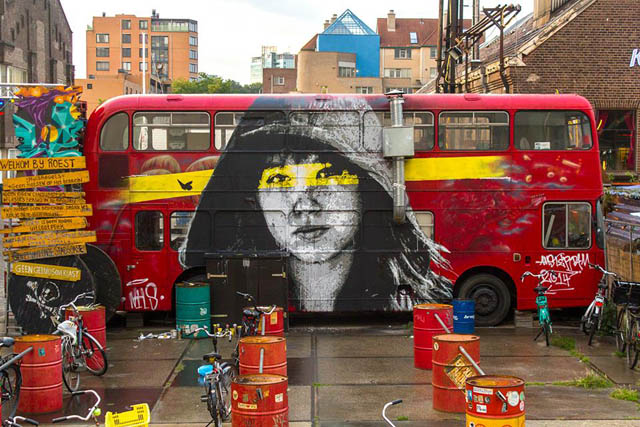 After graduating from VCU’s film department, Nils Westergard bought a one-way ticket to Amsterdam with a plan (kind of): he just wanted to paint. What followed was a five-month nomadic tour of Europe with the goal to leave behind as much work as possible.

After graduating from VCU’s film department, Nils Westergard bought a one-way ticket to Amsterdam with a plan (kind of): he just wanted to paint. What followed was a five-month nomadic tour of Europe with the goal to leave behind as much work as possible.

Over the course of the trip, he ended up in England, France, Czech Republic, Germany, Austria, Belgium, and the Netherlands, leaving walls adorned with large-scale murals depicting portraits of his friends and images that caught his interest. 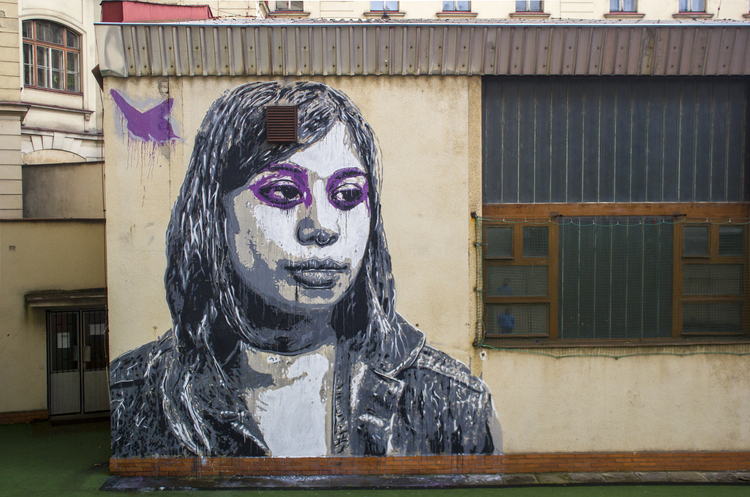 Currently residing and working in Richmond, Westergard was involved in projects outside state lines even while attending VCU, he. By October 2012, he had become involved in The Painted Desert Project, a collaboration taking place in northern Arizona. He had also spent time in Australia prior to attending VCU, and was no stranger to working in exotic places.

Despite radically changing locations, his pieces are immediately recognizable not only for the style, but also for the trademark butterfly that has become something of a signature for the artist.

Westergard also has a studio practice in which he makes work from predominantly spray paint and cut paper. When working on the street, Westergard uses stencils and paste-ups, using spraypaint and house paint to achieve his immediately recognizable drip effect. Though he graduated with a degree in film, Westergard painted throughout school and retained his love for stencils. His graduation animation film was made from thousands of cut paper animals that became a beautiful short film entitled “Wallflower.”

He says, “They’re two different fields right now, so I’m trying to bring them together.” Westergard is attracted to painting portraits of friends instead of focusing exclusively on the political side of his work, being drawn to the idea of placing his friend in a context in which they do not belong, situating them in a foreign world in which they would not otherwise exist.

One of the reasons Westergard decided to go to Europe is that street art is much easier to do there. “Street art is harder in the states, people are more uptight here,” says Westergard. Europeans are much less likely to prosecute for street art because when they see a mural, they view it as art instead of graffiti.

Working in this more relaxed atmosphere allowed Westergard to find more walls to be painted and to work during the day without fearing the police. “There’s areas in the city where it’s basically allowed,” says Westergard. “In Europe there’s so many festivals, there’s so many places with people that are doing it. You can just show up in any city and paint there.”

Westergard does mention the way in which the USA is getting better about their dealings with street art. Though a lot of the best street art and murals are in the United States, they are done through festivals that bring together international artists. “A lot of the best artists are American but they’re doing all their work in Europe,” says Westergard.

Westergard has a collection of fascinating stories from his time in Europe. In Prague, he got in contact with the headmaster of an elementary school that was off for the summer and was given the go ahead to paint a mural in the courtyard. Not only did he gain access to a great wall, he also got the keys to the school and was allowed to stay there for two days, using the gymnastics set up/foam pit in the gym, and projecting movies on the walls. 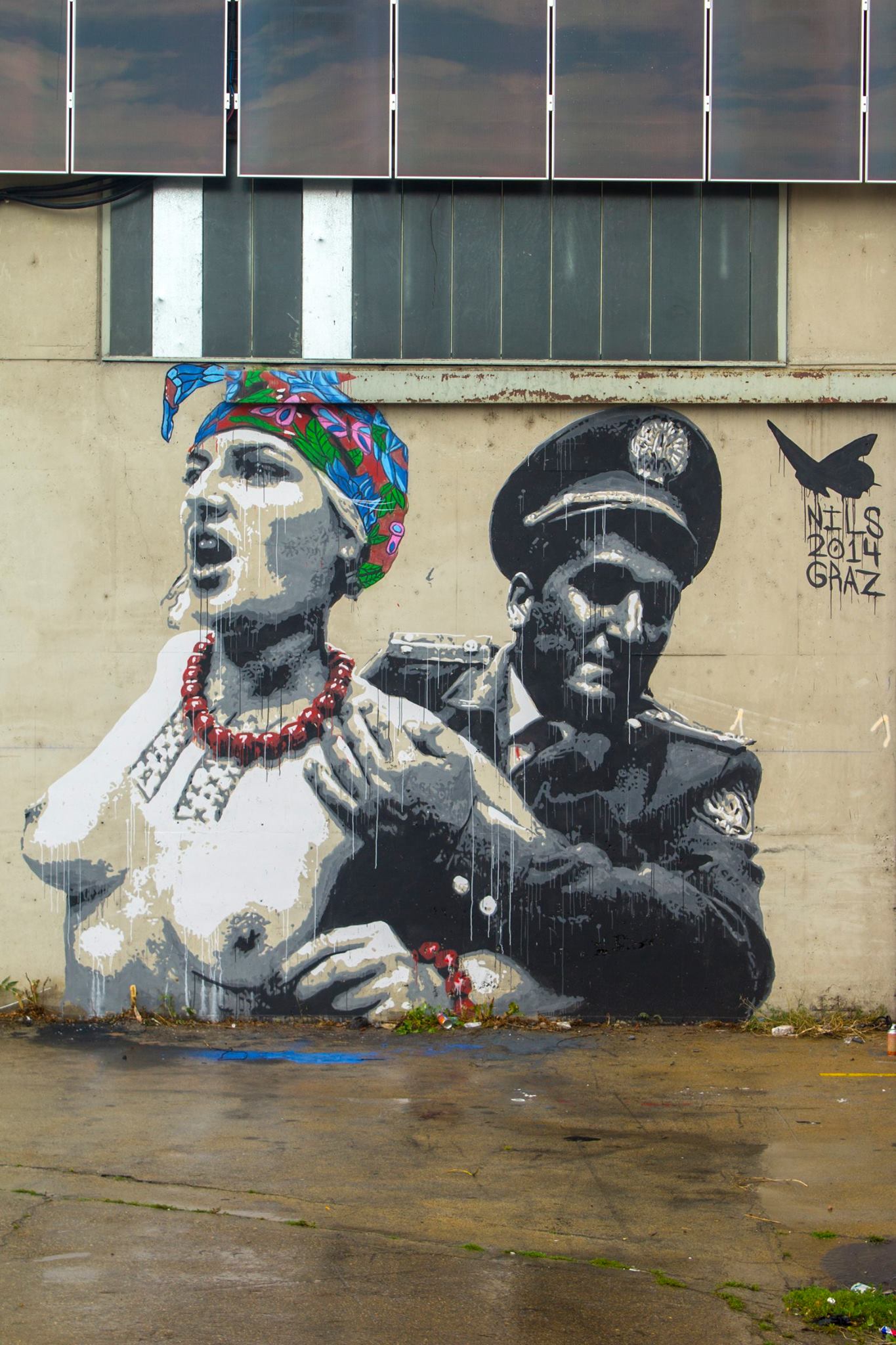 A more heartwrenching tale took place in Czech Republic, when Westergard was about to paint a wall by a previously popular swimming hole. Before starting the wall, the artist was given a photograph of a woman in a photo book swimming in the exact place he was painting 80 years ago. Westergard then decided to use the image as a source image for the mural he was creating. After he finished, the owner of the photobook approached Westergard crying, saying her mother was now on her deathbed and would be so happy that she had been painted in that location.

“It was nice, it had a connection to the area where normally this stuff kind of doesn’t,” said Westergard.

Westergard returned from his tour of Europe in October and plans to be involved in the Richmond Mural Project next year. However, Richmond may lose Westergard to Amsterdam, as he is strongly considering moving back in the Spring to continue branching out and spreading work across Europe. “I have to worry about shipping stuff to Europe all the time. I think I’m just going to end up shipping myself to Europe in the Spring and staying there,” says Westergard.

Whether or not Westergard decides to stay, it can be certain that his work will continue to crop up in all sorts of places. His European trip provided him with the basis he needed to continue working both locally and overseas, and may act as a watershed moment for his work. Speaking of Europe, Westergard says, “It was nice to see all that stuff and give me the confidence that people will actually let me do this.”

Check out an image gallery chronicling Westergard’s jouney below: