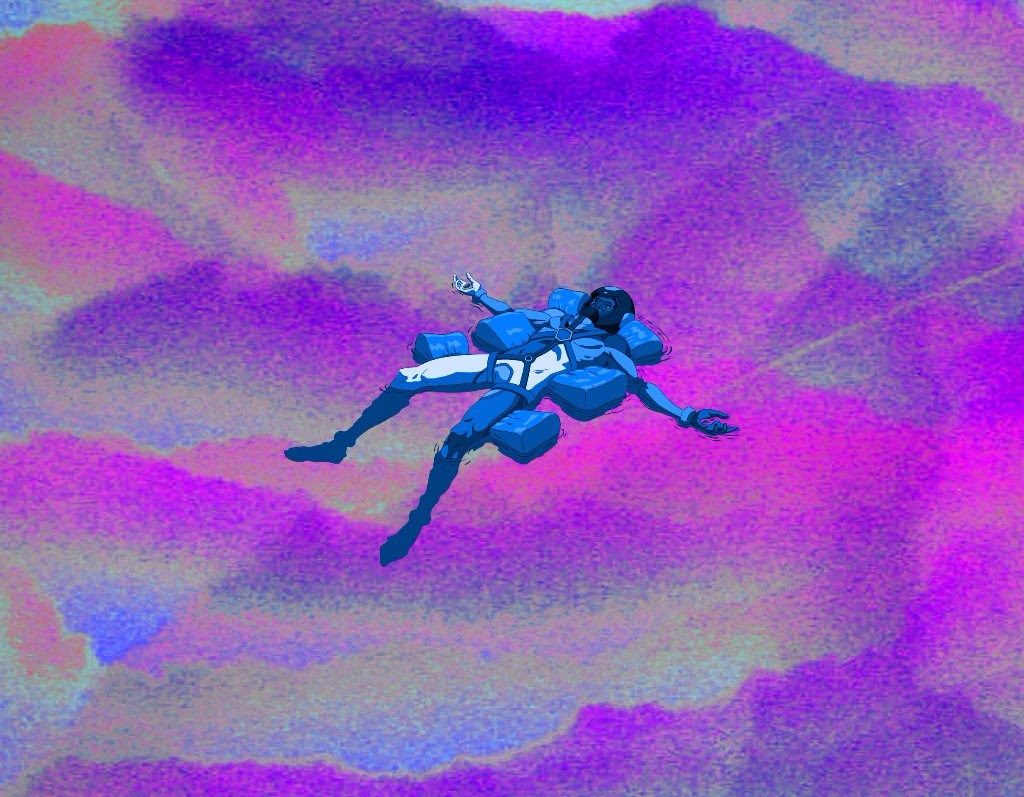 In a visually stunning depiction of a Utopian world filled with sleeping robots, zeppelins, and rockets, “New Year” weaves together a poetic story between two lovers and their life in a strange city. 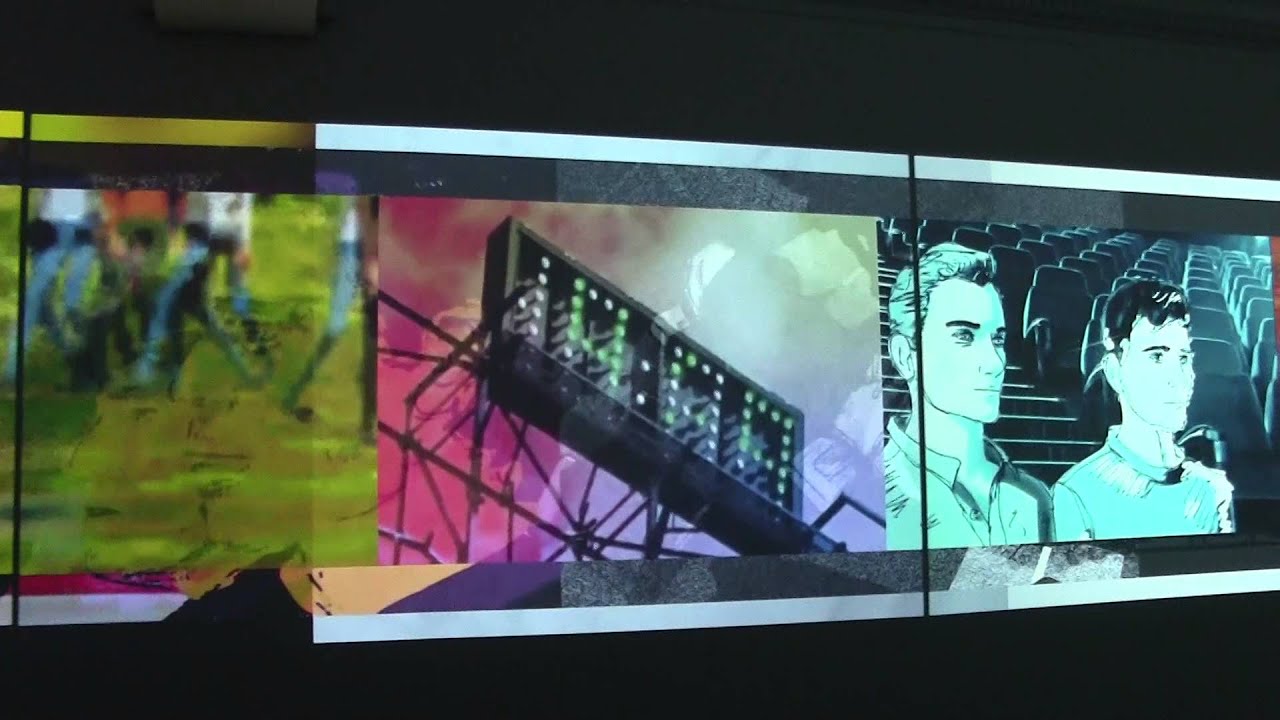 “The story is actually based on my life with my husband…so small dramas of the everyday, but I wanted to put it in a sci-fi context in an alternate reality where there are some features that are totally alien to living on this world that would be alien in another because I think if you look at the world today, we are living in a weird sci-fi world,” said artist Adam Shecter.

Instead of the usual “robots take over the world, everyone’s in hysterics” narrative, Shecter said he wanted to do the opposite, where the robots were all over the city and it was normal, everyday life.

The installations involve six main characters including Shecter and his husband, two wild wolves, an astronaut, and a character called “Control.” 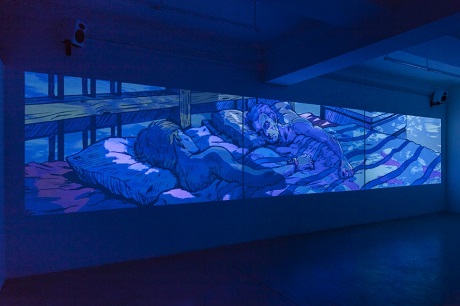 “They’re all kind of like Avatars of the self,” he said.

Sean Mohar, who plays Simon Tam on the sci-fi television show “Firefly” narrates over the animated series as the story unfolds. This will be the first video animation that Shecter has created with dialogue.

The exhibition features over 100 different animations and videos layered together on three different channels.

“Hand drawn, footage shot on my phone, 3-D models, miniature sets, there’s so many styles the idea of layering them over each other evens out the idea so its not so jarring,” he said. 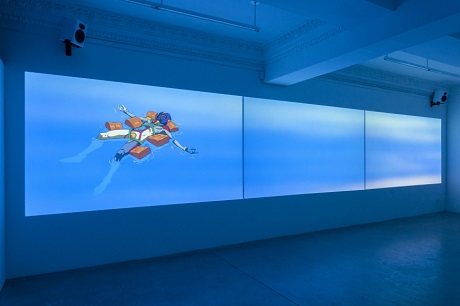 “When it comes to science fiction sometimes the narrative can be a bit much for me, a little too operatic, like ‘we are out to save the universe’, and so what I wanted to with this piece was keep that sort of visual bombast, but bring the narrative down…”

Shecter explains the display is taking the “cinematic spectacle” and bringing it to a gallery. 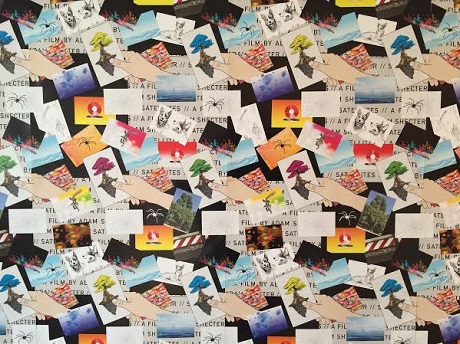 “The pull of the idea behind it is a scroll of all these different sequences stitched together, but all running at the same time you don’t have necessarily have one place for your eye to go,” he said. “It’s in a super panorama.”

The soundtrack for “New Year” is done by Shecter as well.

Originally from Dallas, the video animation artist currently lives in New York. He’s taught at an all boys school in the city for the last 14 years, but moved there in 2000 to pursue his craft.

“I started animating in college and moved to New York City thinking I’d work for Nickelodeon or MTV,” he said.

He got his start with music videos creating work for bands. He made three flash animation for Antony and the Johnsons.

“That’s how people started to get to know my work,” he said.

The 39-year-old attended McGill University, Montreal and Bank Street College of Education in New York as well as the Skowhegan School of Painting and Sculpture.

He started to drift away from music videos and started to make his own work. Shecter now creates a new video every two to three years.

Shecter’s exhibit “New Year” will be on display at 1708 Gallery until April 16. Free posters of Shecter’s work are available for the public to take home.