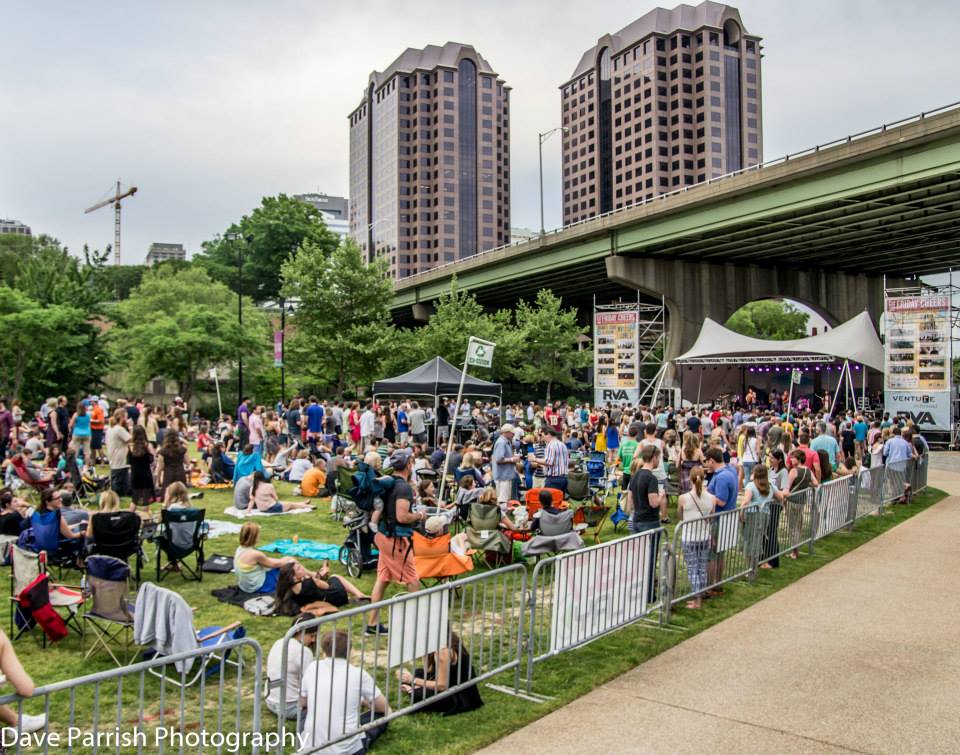 Festivals have been a big part of life as a music fan for decades now, going back to the golden 90s era of traveling all-day carnivals like Lollapalooza, Lilith Fair, and um, the Family Values Tour (OK, so not everything from the 90s is worth reviving). Today, fans save up for months to afford tickets to huge destination events like Bonnaroo, SXSW, and Coachella–and that’s great, if you can get the time off work. But don’t worry, VA fans–there are plenty of great festivals you can hit up this year without leaving your home state. They might even be so close you can still sleep in your own bed every night! So consider spending the money you would’ve dropped on a tent and a camp stove on tickets to these awesome homegrown affairs instead; your ears (and your bank account) will thank you. 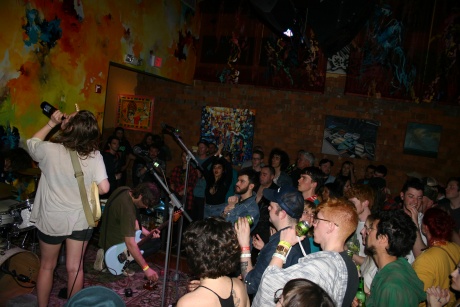 Festival season kicks off with a bang this year, as it has for nearly two decades now, with the multi-venue, student-run extravaganza that is MACRoCk. Running back and forth between multiple clubs located within a several-block radius in Harrisonburg will make you feel like you’ve landed at a more intimate, easier-to-navigate SXSW, without the inflated prices or days of travel. And we can’t forget the raging late-night house shows–always a highlight! Spotlight acts this year include noise godfathers Wolf Eyes, recently revived Chicago postpunk band ONO, and psychedelic shoegazers Shana Falana, as well as many other rad East Coast DIY artists you’ve been meaning to check out–all in one place! Check out our review of MACROCK here.

Venture Richmond’s love letter to music on Brown’s Island forges another year with an impressive line-up. As always, there are plenty of musical heavyweights on display from Kurt Vile and The Violators (6/10) and Shovels And Rope (5/13) down to Drew Holcomb And The Neighbors (6/24) and The Revivalists (6/3). Best bet for openers to not sleep on would be gutsy quartet Seratones (6/3) and Richmond favorite Lucy Dacus (6/10). Speaking of RVA, the now annual RVA Night will be on May 27th with performances from critical darling Natalie Prass, the unpredictable Lady God, and timeless Sam Reed.

This will be the second year for this now two-day innovative music festival at the Suffolk Executive Airport, which started with a big bang in 2015. Camping options and a silent disco are new this year, and will join features like the LAVA Lounge and the rock climbing wall as key non-musical attractions. The fourteen band bill is bolstered by an increased Richmond presence this year, with Matthew E. White, Lucy Dacus, No BS! Brass, and Natalie Prass all appearing on the bill. Headliners include Charles Bradley, Minus The Bear, Blitzen Trapper, and JR JR.

Founded in 1963, this weekend series of live concerts spans seven weeks and aims to continue its storied legacy of bringing diverse and interesting music to the Shenandoah area. Since moving past symphonic music in the early 80s, the festival has been known to bring in legendary performers such as Kris Kristofferson, Bela Fleck, and even The Temptations. Each year provides a new opportunity to enjoy intimate performances in the heart of Virginia’s beautiful landscape and create an indelible memory for yourself and friends. 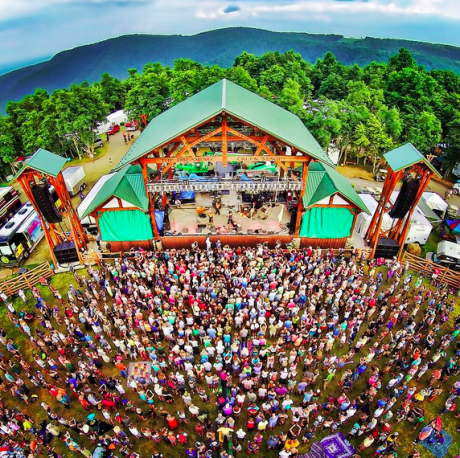 The annual eclectic festival held in the Blue Ridge Festival continues its Americana/jam band scene focus with a 2016 lineup that includes Bruce Hornsby, Leftover Salmon, Anders Osborne, Railroad Earth, and more. Armed with perhaps the most breathtaking surroundings of any festival in Virginia, Floyd Fest is a perfect opportunity to enjoy the Virginia summer with some breezy and relaxing music to soundtrack your weekend, from some of the most celebrated musicians this country has to offer. 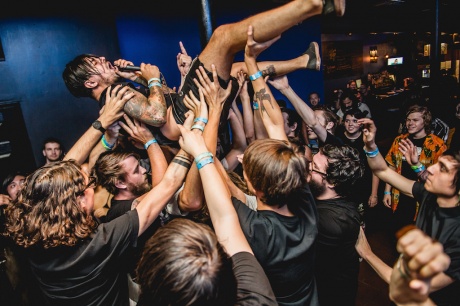 This DIY fest made a big impression with its debut in 2015, contrasting more established local hardcore fests like United Blood with a weekend featuring a different kind of hardcore–less angry, more passionate; less violent, more emotional–but still featuring lots of loud, heavy bands from all over the country. They’re set to bring us an even bigger followup in the swampiest days of this RVA summer, featuring return sets from local heroes Ostraca and Indiana veterans Coma Regalia, plus a ton of other DIY acts from underground hardcore and metal scenes all over the US.

Richmond’s premiere jazz event makes the river city a destination spot for improvisational gurus the world over. In addition to the performances — which includes the cream of the crop with international and national talents — plenty of RVA attractions will be on full display, from chef demonstrations and wine tastings to artist meet & greets and exclusive access to the Maymont grounds. With past performers such as Chaka Khan, India.Arie, Jill Scott, and Dr. John, the Jazz Festival has quickly become an in-demand event for festival gurus throughout the country.

This ten-day chamber music festival spreads its reach far beyond the normal confines of musical concerts, with plenty of lectures and workshops to keep any devoted music follower happy. The classics, from Bach and Liszt to Mozart and Beethoven, will be on full display alongside contemporary symphonies from local composers with a deep appreciation of the classical world. Close to thirty concerts will take place in and around historic Staunton, each breathing new life into the nostalgic appreciation of one Virginia’s most adored cities.

If the Blue Ridge Mountains aren’t your scene, then make sure to take in this Labor Day event at the bustling oceanfront in Virginia Beach. Regarded as one of the largest outdoor music events on the East Coast, artists from all across the musical spectrum take stages up and down the boardwalk providing an option for anyone of any musical tastes. Don’t miss out on the events of the main stage at 5th Street, though, as there are always noteworthy occurrences there, no matter who the performer.

This still-fledging music festival continues to take steps to place itself among the elite of summer festivals, with lineups designed to draw the most stalwart of festival junkies as well as those finally wanting to bite the bullet. 2016’s line-up includes performances by My Morning Jacket, Ween, and legendary jam giants Phish, who will actually be performing four sets across two days. There are plenty of intriguing new acts to check out too, such as Austin fusion rock quartet White Denim, who may provide the biggest surprise for attendees this year.

Virginia’s best kept musical secret celebrates its sixteenth event and plans to continue showcasing the “Birthday Of Country Music” in all its glory. Roots musicians of all stature fill each year’s schedule with shows filling every nook and cranny of the town. The event pulls in notable headliners each year like Justin Townes Earle, The Avett Brothers, Dr. Dog, Delta Spirit, and more. It’s a modern continuation of the legendary musically diverse Bristol sessions from the 1920s that made instant stars of Jimmie Rodgers, the Carter Family, and more, and is a destination trip worthy of a getaway weekend.

Folk’s right there in the name, but everyone in town knows that genre tag doesn’t even scratch the surface of what this heavily attended festival has to offer. Attendees browsing the scene could find themselves walking between zydeco, bluegrass, and even gospel performances in mere minutes thanks to the stunningly high list of performers and their wide-range of musical diversity. Don’t even bother making a list of who to see, because everyone in town knows the best shows are the ones you randomly stumble upon, making the folk festival almost a scavenger hunt of musical talent.