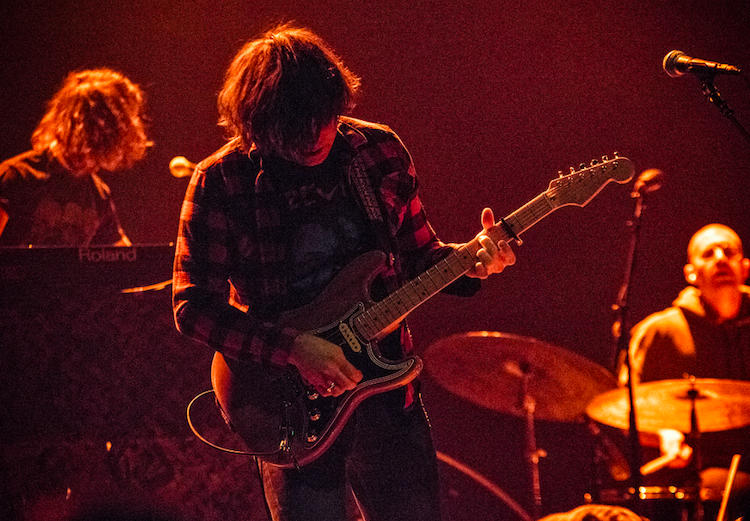 The sold-out theater quickly filled with a diverse crowd ranging from VCU students celebrating Spring Break to seasoned veterans of the 42-year-old North Carolina native’s prior stops in Richmond.

That Adams kicked off his tour at the National is both surprising and unsurprising — while Richmond is obviously not Los Angeles or New York City, the artist has numerous connections here, touring with local keyboardist Daniel Clarke in his band for many years as well as inviting Spacebomb singer/songwriter Natalie Prass to open dates on his 2015 tour.

As the crowd jostled for position, theme songs from Games of Thrones, The Office, The Simpsons and other TV shows set an interesting if disjointed mood, broken up by ‘80s metal and at one point, the Benny Hill Theme.

Echoing Adams’ own irreverence, the stage was lined with arcade classic games like Prisoner and Asteroids, as well as two comically oversized Fender amplifier props.

Notable too was an unusually early last call: 8:15pm. Adams requested the change to encourage audience members to watch the show uninterrupted by trips to and from the bar, a nice touch even if overshadowed by the characteristically/disappointingly chatty Richmond crowd.

Touring with Adams was PAX AM signee Phoebe Bridgers, a Los Angeles singer/songwriter already gaining acclaim for her EP, Smoke Signals, as well as her 7”, Killer, which Adams produced. 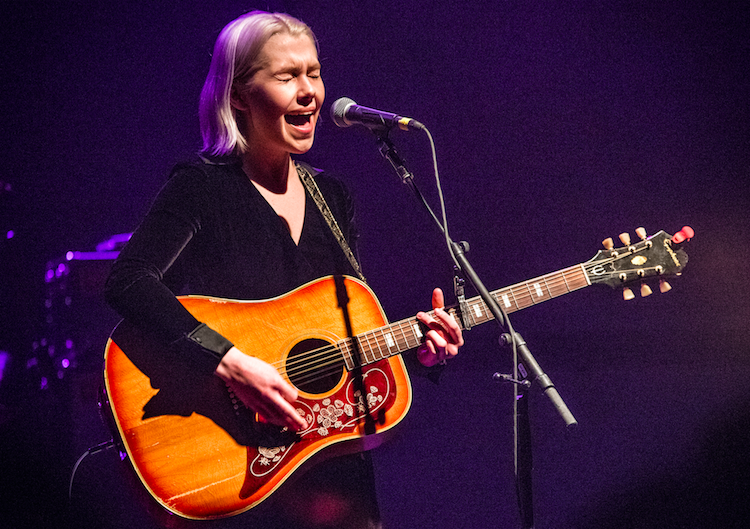 Bridgers began solemnly, a column of black against the darkened stage, with her quiet, reflective love song, “Smoke Signals.”

As the song builds, Bridgers ruminates on the impermanence of love and art and the desolate backdrop of the song a cabin in Idaho, where the song was written.

“Am I just getting you guys super hyped? Are you like, ready to fist bump?” Bridgers asked the audience sardonically. Scattered laughs crossed the crowd.

Later in the set, she reflected on the amount of people the concert may have lost to the Chris Rock show that night at the Altria Theater (“I’d want to see that Venn Diagram of fans.”) as she switched from her acoustic guitar to an electric for the last few songs.

On any other night, with any other headliner, Bridgers could have easily stolen the show. But a few songs later, she whisked off the stage to applause from the densely packed crowd as fans grew antsy for Adams’ long-awaited return.

A hustle for last call, then — the lights went up on Ryan Adams, opening with the lead single from Prisoner, the arena-ready “Do You Still Love Me?” 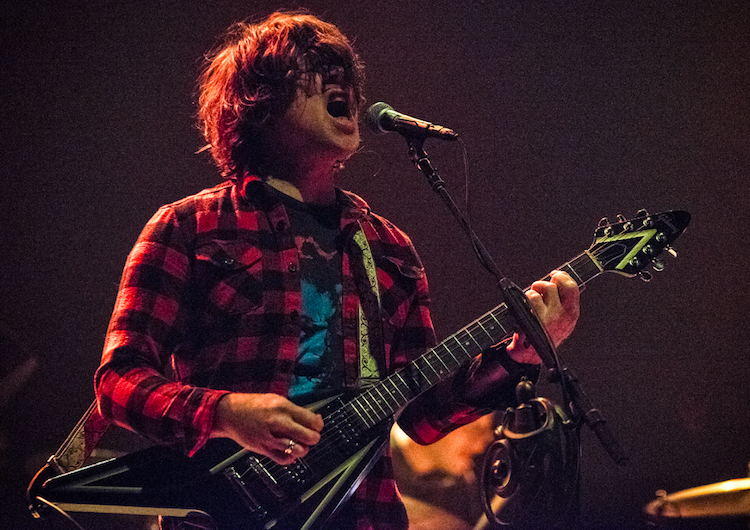 Adams has settled into the sound of his late career and that was no more evident than in the cohesiveness of his current band. It would not be a stretch to say that Adams’ set was among one of the best sounding the National has hosted in recent years.

Equally notable was how Adams and the band expanded on old and new songs, adding embellishments, breakdowns and solos throughout the evening.

It’s perhaps expected given his growth beyond his alt-country roots on Heartbreaker toward larger arena and classic rock arrangements a la Bruce Springsteen and Bruce Hornsby on Prisoner. Songs like “Magnolia Mountain,” from his time with the Cardinals, felt more psychedelic than Uncle Tupelo.

Over the years Adams’ performances have found a rhythm that could be read as what to expect from a “typical” show. Certainly not in a bad, phoning-it-in way, but in the way that you can count on a rousing, intimate performance of “Come Pick Me Up,” a on-the-spot improvisation reflecting on some small going-on like that nights “out of tune guitar and Pants Plus” jaunt, as well as interesting and off-the-wall cover songs, like his take on Oasis’ “Wonderwall.”

While the first night at the National hit many of those notes, it was unusually light on his trademark between-song banter.

The artist doggedly played straight until halfway through his set, when he felt it time to remark on the name of Pants Plus on Broad St., leading up to his improvised song.

Later, when a group of hollering and hooting audience members drew his attention, he let loose a few more of his usual dry remarks.

“Sounds like there’s a coyote in the audience,” he remarked at one point. Laughs reverberated through the crowd.

He explained, though, that he didn’t enjoy talking to people during shows: “I’m misanthropic. That means I hate people. Like a detached librarian like, who’s happy you checked out a book, but, you’re not going to get it.”

More laughs, then he added: “Ok, I’m going to go back to work. Talk to you later — text you later.” 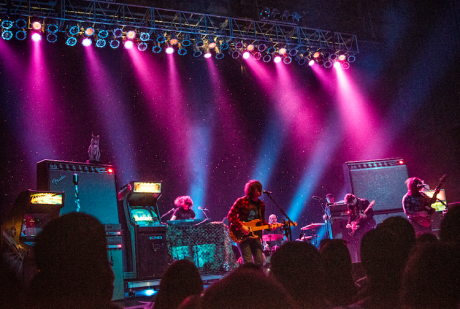 Performing his longtime favorite, “Come Pick Me Up,” towards the end of the set, it seemed as though he would leave the audience without an encore as the emotional tension peaked on “Shakedown on 9th Street.”

Luckily, the crowd’s enthusiasm brought Adams back for one more classic — ”Cold Roses.”

As audience members filed out, Richmond seemed energized for a second evening with Adams. And by all accounts, Adams kept the energy rolling Monday night before continuing down the coast for dates in South Carolina and Florida later this week.