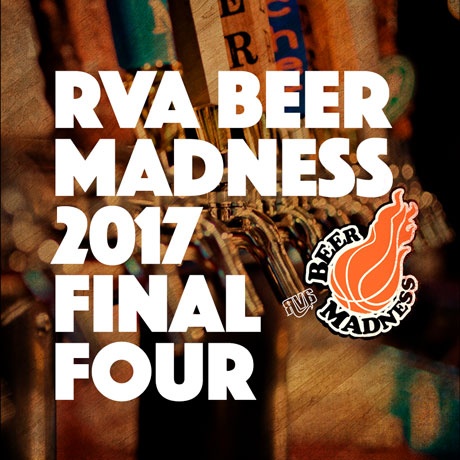 Welcome to The Final Four of RVA BEER MADNESS 2017!

You have selected your top teams from each Region to battle it out in this divisional round. The winners of these games move on to the final game representing their division and going for the Championship.

The Elite Eight was a big battle overall with some really serious teams looking to advance. This round has some interesting surprises in store for us, and once again, it came down to the final minutes. Hope you all are ready – here is the breakdown:

The downtown battle took place with two teams that have big draws and huge fan bases. Legend Brewing, the most historic team in our Tourney, took on the surging Triple Crossing. Triple Crossing’s second location in the Fulton area has been a huge hit along with their popular Falcon Smash brew. Shoot, most of there beers sound like basketball plays so that works well for them.

Legend has set the scene for all other breweries in RVA, they are the original and bring it rightfully with the support. Legend took out a lot of the top contenders early in the bracket and showed why they are a classic tourney team representing Richmond. This battle was hard fought and one of the closest matches in this round. In the end, Triple Crossing pulled slightly ahead to take the win and represent the Downtown area in the Final Four!

Well here it is friends. Hardywood Park Craft Brewery – our former Champs – defending the title against one of the most popular tourney teams this year, Ardent Craft Ales! Hardywood is well known as changing the face of brewing in Richmond as we know it. They opened the scene up and helped kick start the growth of craft brew.

So, here comess the professors of beer, Ardent – with a big backing. Ardent Craft Ales has shown itself to be gaining steam as it went through this tourney. Well, then they pulled Hardywood. Huge matchup – and huge game and wouldn’t you know it Ardent got hot, and stayed hot all game.

The professors kept the foot on the pedal and BEAT THE FORMER CHAMPIONS!! WHAT??? Yep. Huge game.

Garden Grove Brewing Company has been rolling through the Carytown area and holds a command in that area. Mellow Mushroom has been hot with a great tourney run in Carytown, and showed how popular they are with the beer crowd.

The sheer amount of taps, and good brews – plus banging pizza – is something to get behind. Garden Grove has been slowly gaining momentum with quality unique beers and vibes making it a new hot spot in Carytown. But here they meet up and battled it out, brewery vs restaurant!

This year it has become pretty apparent that the breweries have a slight edge with the voters. And this held true with a win from Garden Grove! Mellow hung tight and had a massive few rounds, but meeting the brewery took them down. Good show!

Mekong, like Hardywood and Legend, has changed the conversation about beer in Richmond. They’re also no stranger to winning awards, with multiple years of being the ‘Best Beer Bar in the Nation.’ Owner An Bui introduced almost everyone I have met into good craft beer and variations. Plus, they are a former champion of this tournament. Big shoes to fill here folks, it’s a big famous team here.

But Final Gravity Brewing has been on their game. Founded by Tony Ammendolia, the owner of home brew-supply shop Original Gravity in Northside, they too have made lots of friends in this town. They have had some big games this year, with probably the hardest matchups each round. But they gained steam and kept a true following.

But MEKONG!. When you bring in that heavy hitter, it’s bound to be a wrap, game over as Mekong comes in and demolishes!! WAIT, not so fast. Final Gravity just came out of half time looking pissed. Ammendolia is going full-on-Reggie Miller in here and Final Gravity is on fire! Mekong is holding on, but its close and nearing the buzzer.

So there we have it, WHAT A ROUND!

Fun fact: this is the first time in the tourney where a former Champ has not made it to the Final Four.

Huge congrats again to the teams who made it this far, the bracket below has the matchups for Final Four, good luck all! 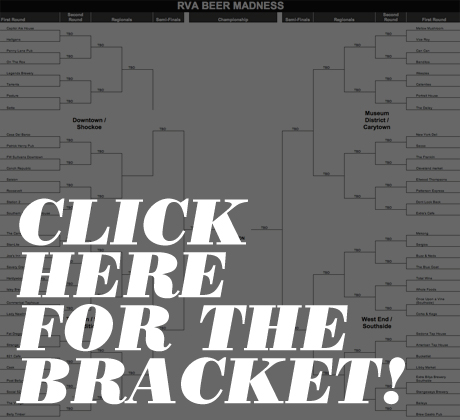 Please cast your votes for our Final Four, and feel free to share this bracket with friends and businesses in our community.

We are down to four teams on the way to The Championship Game! 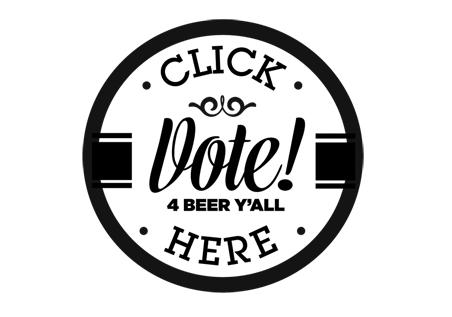 Thanks again and happy voting!!