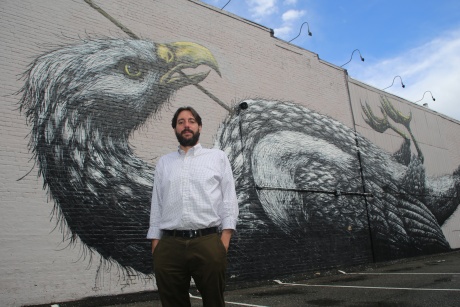 On Wednesday, Fan restaurant Bellytimber Tavern, will close for the summer as it undergoes some major changes.

Owner Patrick Stamper {above/En Su Boca} plans to do a complete overhaul of the restaurant and reopen in late August with a new concept called Beauvine.

“There were a couple big projects that needed to get done that would have demanded us closing for a short period of time and that started a conversation about what we could do there, and that sort of evolved into maybe Bellytimber had a hell of a run and perhaps we could plug in a new concept there,” said Stamper.

Stamper couldn’t reveal many details on the menu, but did mention that the restaurant will not be serving pizza. However, fans of a boozy brunch need not worry, the Bloody Mary Bar will remain when Beauvine opens so you can load up on as many mixers, hot sauces, pickled veggies, and spices as your heart and liver can take. 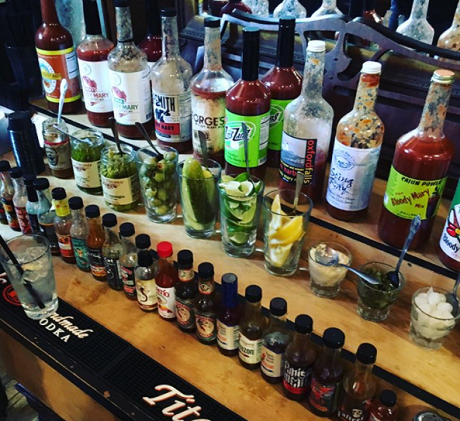 “We feel like we kind of started that, the big Bloody Mary bar craze,” he said. “We did it at Mezzanine when we opened Mezzanine and it worked out well so we brought it over to Bellytimber. Most people like it and it is fun.”

And Stamper said with summer coming up and VCU being out, it was the perfect time to close down to renovate.

“Summer months are the slowest months down there, summertime you lose 30,000 people in the neighborhood, if we were going do it, the time was right,” he said.

Beauvine will serve lunch, dinner, and offer delivery and a small brunch menu after they get up and running. The restaurant will also offer craft beer and cocktails.

Stamper brought in a consultant from Baskervill to help with the design of the interior.

“The same cozy historic to the Fan kind of look,” Stamper said of the forthcoming space. “Different colors, brand new floors, a new back bar, I’m not replacing the bar top its beautiful…there’s going to be a lot of different design elements, it’s going to feel like a whole new place.”

And once again, Stamper is teaming up with local muralist Ed Trask to complete the artwork on the Plum Street side of the building.

“This will be the fourth Trask mural on there,” he said.

Beauvine is slated to open near the end of August. Bellytimber Tavern will be open for regular business through Tuesday, May 30 and will close the following day on Wednesday, May 31.