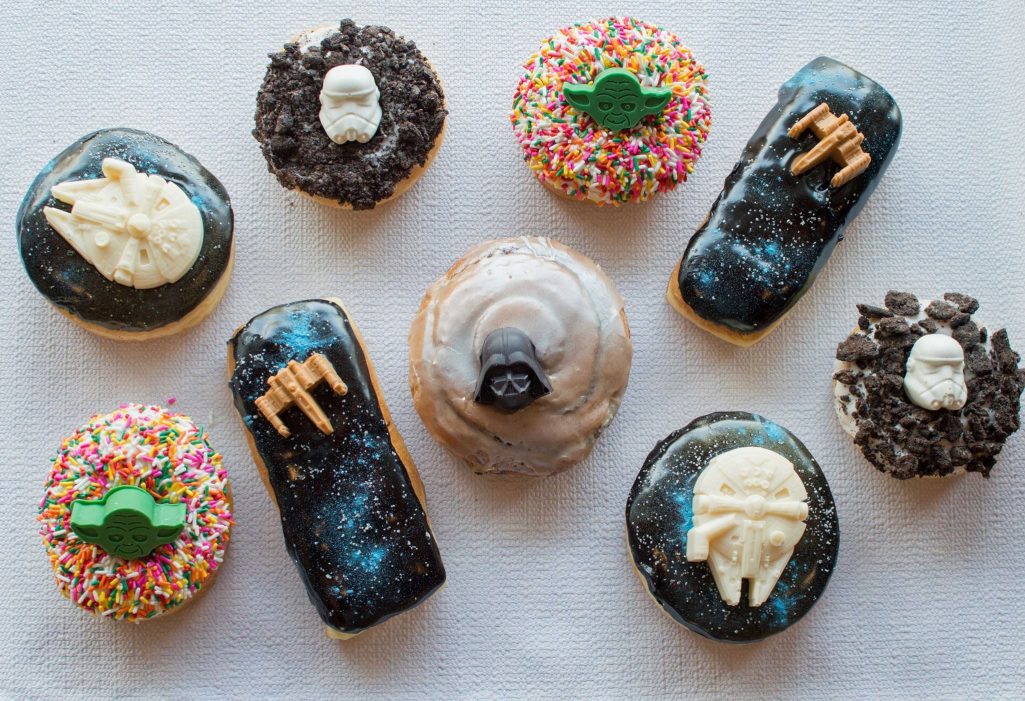 May The Force Be With You at Sugar Shack Donuts Friday

Star Wars fanatics have already begun to line up for the highly-anticipated film in the series, Star Wars: The Last Jedi, which will premiere Friday, Dec. 15.

And fans and donut lovers alike have an even bigger reason to get excited this week because Sugar Shack Donuts is getting in on the action with Star Wars-themed donuts.

Available in a set of five, each box includes two Chocolate Spacecraft Glazed Marshmallow Filled Donuts, one Stormtrooper Oreo, one Yoda Sprinkles, and one Darth Gingerbread Roll. A box of five costs $12.

Sugar Shack shops will have some individual Star Wars donuts in the case, but the whole set can only be preordered. All orders must be in by close of business today for pickup on Friday.

To build on the excitement of the movie release even more, the donut shop is encouraging customers and fans to bring in their beloved Stars Wars memorabilia for a free house donut today (Monday) only.

Now, to quote Yoda, “Do or do not. There is no try.” So DO get those donuts before time is up. And to keep you even more off task at work, below is the trailer for Star Wars: The Last Jedi.