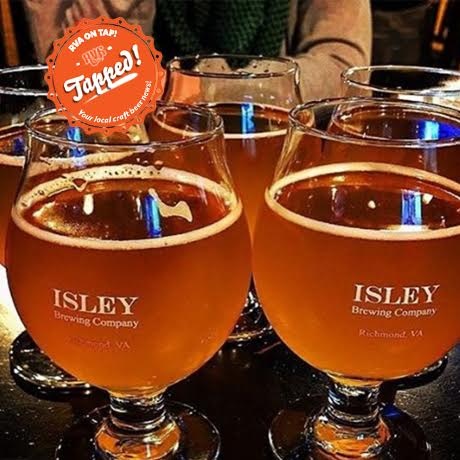 Isley will release Evil Barrel, a bourbon barrel-aged ginger golden ale today this weekend. Mug club gets first dibs tonight (Wednesday) and the public will get a taste this Friday.

The Scott’s Addition brewery will also release Summit Avenue 3, a barrel-aged sour cherry Belgian ale. Aged in Crown Royal Whisky barrels, this ale will get you puckered up!

On Friday, Strangeways Brewing is hosting a Brews & Burlesque Valentines Day combo. Resident boylesquer Dante the Inferno, producer Moxie LaBouche, and host Dylan Vattelana will be joined by Murphy Lawless, Danny Cavalier of DC, Adora Butch and Morgan Latte of DC and Nudie Newbie Glamazania. Tickets are $9 in advance, $12 at the door.

The brewery is also hosting its 2nd Annual Celebration of Women in Craft Beer this Sunday from 11am-4pm. Come for the education and celebration of all that women have done to bring the beer industry where it is today-complete with some of your favorite ladies of the RVA beer scene including Juliellen Sarver, Community Relations Manager at Stone Brewing Richmond, Anna Shore, former President of James River Homebrewers, Ashley Ray of Center of the Universe Brewing and more. Food. Live music by Gina Sobel Duo will begin at 4p following the presentations. A BIG STRANGEWAYS BREWING announcement will be happening at this event. Don’t miss out!

Steam Bell Beer Works will release Harwood Entire Porter with Mint, their second variant on the style on Saturday. The brew is a 6.5% complex and flavorful Porter with malt character and notes of toffee and caramel

Hardywood will host a River City Barn Dance this Saturday. The fun kicks off at 4 with square dancing. All dances are taught and there’s live music from The Richmond Rounders. At 6:30. a brand new band makes its Barn Dance debut. Dragon Run brings a great mix of old country and bluegrass to Hardywood. Andy Vaughan and The Driveline hit the stage around 8:00 to take you home.

Ashland’s Center of the Universe is hosting an Anti-Valentines Day party this Saturday. There aren’t going to be any crazy red hearts, flowers, or those candies with creepy pre-written messages. There is going to be lots of beer, live music, tacos, and a bunch of like minded people who want to enjoy a Saturday without getting bombarded by stupid Cupid’s arrows. Come alone, or bring your awesome loved ones. Something Shiny Band will play live from 6-9 pm.

A reminder Final Gravity will host their Valentines Day fundraiser for Prevent-A-Litter on Feb. 14.

On Thursday, Three Notch’d Brewing Company RVA Collab House will release their weekly collab brew. This time, it’s a collaboration with The Savory Grain restaurant to celebrate their 4th Anniversary–named after the owners’ newborn daughter. Inspired by the Negroni cocktail, the “Josie” Witbier includes grapefruit peel and juniper berries to add a twist on the traditional style, lending pleasant grapefruit citrus notes and a mild spicy, resinous flavor.

Castleburg Brewery will release will their newest brew, THE SIEGE, a Chocolate Raspberry Stout this Saturday. A sweet milk stout brewed with cacao nibs from the Dominican Republic and Raspberries. Get ready to experience melting moments of chocolate with subtle hints of raspberry.

Garden Grove Brewing Company’s two year anniversary is coming up on Monday and they are celebrating in a BIG WAY! The Carytown brewery will be celebrating all month with an epic live music lineup for you and a dedicated week of extra events, releases, guests, prizes and performances Feb 13 – 19th. Just a few hints for now:

FEB 14 – Be our Valentine! Complimentary Chocolates for first 75 customers, and an Anniversary BLUEGRASS JAM starting at 7pm. See link for full details.

Please send all submissions for Tapped to [email protected]. Cheers!