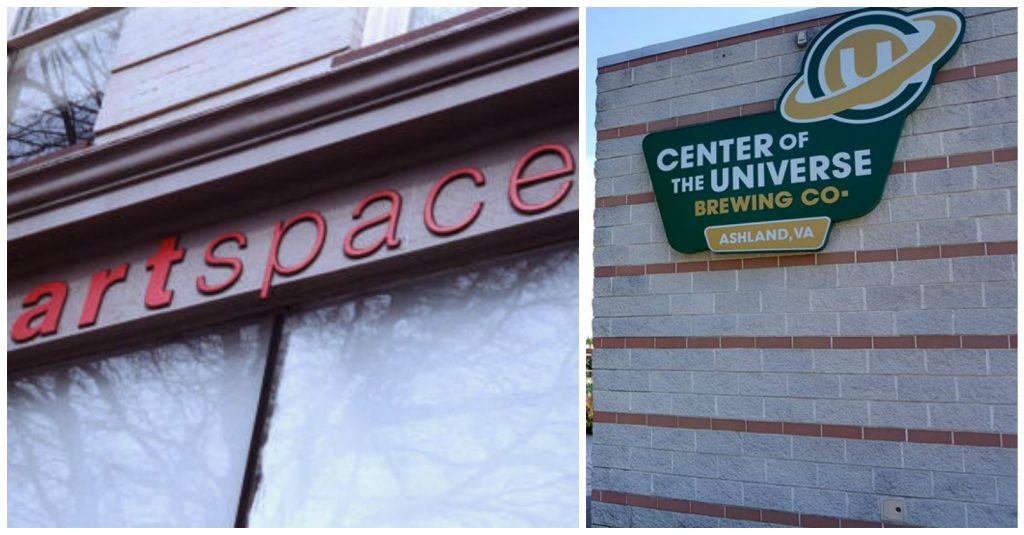 Calling all artists, designers, beer lovers, doodlers and all those in between with a flair for drawing, Center of the Universe and artspace are seeking submissions for their growler design competition.

Calling all artists, designers, beer lovers, doodlers and all those in between with a flair for drawing, Center of the Universe and artspace are seeking submissions for their growler design competition.

The Ashland brewery and local visual and performing arts non-profit have teamed up to give one lucky winner $200 and the chance for their artwork to grace the front of a special edition growler for COTU.

Artists can submit up to five images, which will be taken from now until Sept. 26. The public can vote online once a day through Sept. 30 for their favorite and the winner will be announced Oct. 1 at Center of the Universe’s event.

Dana Frostick, President of artspace, said after meeting COTU tasting room manager Tom Porter at a Richmond Regional Tourism meeting in the spring the two decided to collaborate on the idea.

“He said that he was interested in collaborating with non-profits so we started talking,” she said. “We decided to do an event at his space in Ashland.”

Porter said every event their brewery does is coupled with a charitable component and this was a great opportunity for one.

“To me, your community is the center of your universe, and we strive to do our part to enrich ours,” Porter said. “It’s more than just beer. Dana and I got to talking, and I was really into what artspace was all about. I love how they promote contemporary art in our community so it felt like a good fit.”

Artspace, located on East 4th Street, supports and provides a space for visual and performing artists. And for them, Frostick said the main reason for the competition is for artspace to find artists for their art roulette event, a fundraising effort for the gallery which they held two years ago.

artroulette from Gwenyth Gaba on Vimeo.

The event, similar to 2014’s event, will bring 100 pre-selected artists who will be put into teams to create a collaborative piece. The artists will be randomly assigned to 25 teams of 4 with the help of a wheel of fortune which will coincide with the end of voting for the growler competition.

A piece from a team from 2014’s art roulette

“We’re going to be using Center of the Universe as the meeting place for team assignments,” Frostick said. “That day the artist will come in and spin the wheel and see what team they’re on.”

Last year the artists’ work was raffled off, but this year Frostick said they will be doing a silent auction which will take place Oct. 29 at Plant Zero Project Galleries at Zero E. 4th St. The finished pieces will be on display until Dec. 9.

As far as the design goes, the artists can do whatever they would like according to Porter.

“The front of the growler will feature the artist’s work, and the back will talk about artspace, the artist, and COTU,” he said.

Members of artspace and COTU will be on the judges’ panel who will narrow the submissions down to five designs and ultimately, the top design. The winner will be selected and announced Oct. 1 at COTU. 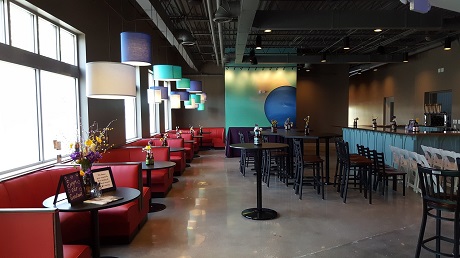 “For a day COTU will be a gallery of sorts,” he said. “All of these artists will showcase their works, and people will be able to check out some local flavor, and actually vote on which ever piece of art speaks to them. It’s a fun way to showcase a great aspect of our community, and maybe get a little cross-pollination going as well.”

Submissions cost $5 per image, which will all go back to help fund artspace. The growler will be released a month after the competition as a limited edition run.

To find out more information on the contest or to submit your growler design you can visit artspace’s website here. You can also vote for your favorite here.