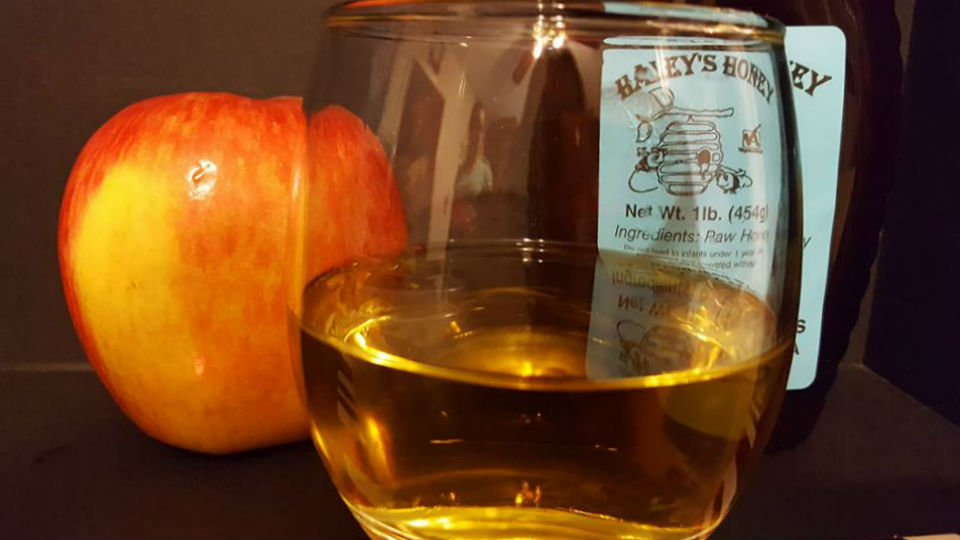 The city of Hopewell is abuzz with the sweet news of its first meadery coming this fall.

Grown from a longtime family-run honey business, owners and beekeepers Tonya and Mike Haley plan to convert a historic building near the Beacon Theatre to open Haley’s Honey Meadery, with space for a production facility, tasting room, and patio.

For those who haven’t had a chance to try mead or heard of it, it’s essentially fermented honey, yeast, and water. While not making as big a splash as craft beer in Virginia, it’s starting to slowly ooze its way into the market with Black Heath Meadery opening in Richmond in 2015, along with Silver Hand Meadery in Williamsburg. and Blacksnake Meadery, the only one in Southwest, Virginia.

The husband and wife team, who live in Colonial Heights, have been making and selling honey for over 17 years. Their business, Haley’s Honey, frequents local farmers markets, state and county fairs, Randolph Market, Ellwood Thompson’s, and at one time sold their honey in 10 Ukrop’s locations.

The couple also provides bee colonies to farmers from Nelson County, to Prince George, to Chesterfield for crop pollination.

“We bought 60 hives, all the equipment, and started harvesting and selling,” Tonya said of getting into beekeeping.

And their honey was in such high demand that Tonya, a Colonial Heights Middle School teacher, and Mike, an X-ray technician at Fort Lee, started having to scale back.

“When I got home I had 25 to 30 messages of people wanting to buy so we had to pick and choose who we wanted to sell to,” Tonya said.

But two years ago, the couple decided to sweeten the pot and expand into mead after seeing many of their customers buy their honey in bulk. “One summer, a ton of people were coming to us to buy bulk honey and I was like, ‘what are you doing with it and they said, ‘making mead,’ and I knew what it was so I went home and did some research and we started making it ourselves,” she said.

And Tonya admits the process wasn’t so smooth when they first began making it at home.

“It was like rocket fuel,” she said laughing. “I was like, ‘oh my god this is going to knock someone out, it was like 18 percent alcohol, I was putting too much honey in it.”

After tinkering with recipes and learning more about the mead-making process, the two started to get the hang of it. “In the beginning, it was an experiment, but then it got better and better, and we had all the resources at our fingertips and we knew where to get the jars and the labels,” she said. “We had everything we needed so I said, ‘let’s jump in and do it.”

After a year of planning, and a $12,000 grant from the Agriculture and Forestry Industries Development, the two signed the lease on their meadery space at 235 E. Broadway Ave. in March. Haley’s Honey Meadery will serve up small-batch mead in a variety of flavors such as blueberry, blackberry, strawberry mint, pumpkin, root beer, and apple cinnamon. Customers will be able to purchase glasses of mead for around $7 and 357 ml bottles for $13-$18.

“We have a Five & Dime Warrior [mead] for Route 10, Virginia Peach, and Blue Devil, after Hopewell’s mascot,’ she said. The two plan to purchase $120,000 in Virginia-sourced honey over the next three years and source fruit for their meads from regional farmers.

“All Virginia farmers. Adams Acres, Hanover Peaches, Well’s Produce and Jared’s Produce,” she said. “Our plan is to purchase the majority of our produce from them.”

In addition to a tasting room, Tonya said they also plan to sell products from regional companies in their space such as JJ’s BBQ Sauce, Verde, and O’Wow Lip Gloss.

“I want to include some Virginia companies, family businesses that produce products and have an area just for them,” she said. My whole goal was to help Virginia small businesses and families.”

The couple’s goal is to eventually get their mead in ABC stores, farmers markets, and events like the Powhatan Grape Festival. Haley’s Honey Meadery is slated to open sometime in October.