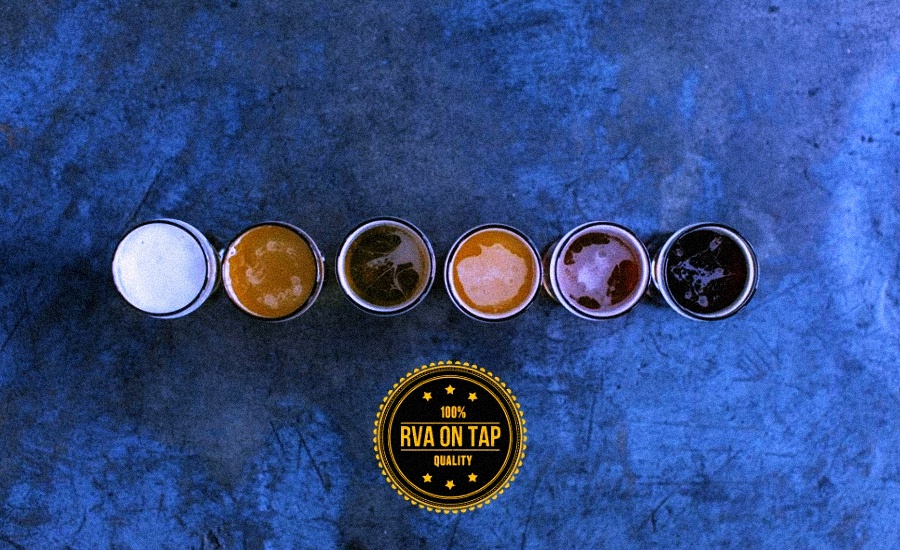 This week, we’ve got plenty of new releases, and more notably, events! Spring is on its way, and the fun times of warm weather are coming with it soon, so get out there and drink, y’all.

On Saturday, Väsen Brewing Company sent their Savvon into the wild for its first bottle release. This 9.2% ABV farmhouse ale is packed with cherry pie and ripe pineapple from its dry-hopped Brettanomyces. The “funky flavors” come together with some more subtle flavors of passion fruit, raspberry, and white wine from its Galaxy and enigma hops from Australia, and it was aged over a year and a half in American white oak foeder with four additional months of bottle conditioning. Savvon came out alongside The Herbaceous Otter, a tart Otter Gose spiced with fresh lemongrass, ginger, and dried hibiscus calyces.

Two of our favorite Scott’s Addition brewers are coming together this Saturday for a collab release. Isley Brewing Company and Blue Bee Cider are dropping their Apple Brandy Barrel Betty, an apple-brandy, barrel-aged Spiced Brown Ale. Isley brewed the first batch in their original spiced brown, then dumped it into the freshly-emptied Apple Brandy Barrels from their neighbors over at Blue Bee. According to Isley, what emerged is an “audaciously strong beer,” and full of awesome flavors like oak and vanilla blending in with the sweetness of their fresh-pressed juice. I’m extra excited for this one, since all these flavors of fall are long-gone after the holiday beers and long-to-come with the summer ahead. If you’re a fall fanatic like me, go grab some while you can, and hold on to the tastes of the best season a little longer!

Over at Steam Bell Beer Works, the glory of the 80s and 90s’ rock and roll is alive and well. The Here and Now this weekend is headed back to the brewery, and it’s a big celebration for everyone who’s not ready to let go of rock’s golden age. With a large group of musically-inclined individuals, they’ll bring back the best songs of 90s alt-rock and 80s new waver covers — albeit “beefed up” — with some other decade hits sprinkled in. Get your groove on, Richmond.

Yesterday, The Veil Brewing Co. debuted their Henok From Omnipollo…brewed for their friend Henok, who works at Omnipollo. That’s good stuff, man. Henok must have good taste, too, because there is *nothing better in this god-forsaken world than chocolatey, blueberry pancakes* (and my boyfriend, friends, and family will attest to the severity of that statement from me), and this brew has it all. Drool. With blueberries, double chocolate chips, maple (!!), marshmallow mocha, and triple-stack pancake flavors in this imperial stout, I might just roll over and die. Fortunately for you, you can drink this all up in a beer and probably save a little on the diabetes front. Fortunately for me, I can eat all that with the beer to wash it down, and I can die happy. Win win!

Stone Brewing dropped a special stout over the weekend, too, in addition to two IPA releases on Friday — and even though Stone is known across the nation, this brew is special to good ol’ RVA. Their Stone Triple Espresso Totalitarian Imperial Russian Stout may be a mouthful when you say it, but I’m betting it’s an even bigger mouthful to drink. Made from the original Totalian Imperial Russian, this Triple packs in even more espresso flavors, and according to Stone, it may be the perfect brew for the cold, rainy weather that Virginia can’t seem to give us enough of these days. While it looks like the clouds have parted for now, be wary, VA friends. The rain is on its way back this weekend, and so is our need to give this one a try!

Over the weekend, Hardywood dropped their None Of This Makes Sense can release for #freshcanfriday. Highly-rated by its drinkers, it’s named appropriately: “This beer blows my mind every time. Fluffy, not bitter, but so tasty! It truly doesn’t make any sense,” according to one. This New-England style Double IPA was brewed with Mosaic and Wai Iti Lupulin Powder, and at 7.5%, it’s on the higher ABV side without crossing over the one-and-done threshold, so it’s a great way to start off your weekend or finish off a long day at work.

Final Gravity has something similar brewing this week as well, with their Morning Glory Double IPA. This brand-new release is not only a fresh brew from Final Gravity, but their debut of using “the elusive Cashmere hops,” too. With flavors of cantaloupe, candied orange slices, and subtly coconut with creamy peach, tropical fruits, and sweet lime, its dry-hop process came out deliciously-fruity with an 8% ABV to top it off. Grab yours this Friday over at Final Gravity.

Our friends at Strangeways are throwing a show: this Friday, don’t miss a ticket to Burlesque Right Meow. The event’s back with a brand-new cast full of burlesque, circus arts, and comedy that’s “sure to leave you teased and pleased all night long.”

Next up at Strangeways is the release of two new beers on Saturday, Gaia Hypothesis and Martian Spring. The Belgian IPA Gaia Hypothesis is halfway between an American IPA and a Double IPA, often considered too hoppy by Belgian beer drinkers. Belgian IPA’s generally have a cleaner bitterness versus American, according to Strangeways, and they’re made with various malts but finished with bottle-conditioned Belgian yeast strains.

Martian Spring, on the other hand…….

“Gather ye Martians while ye may,

And this same Alien that brews today,

Tomorrow will be imbibing.”

Packed with Columbus, Simcoe, Citra, Galena, and Centennial hops, the flavors land with the light, fruity esters of its Bière de Garde yeast. The invasion begins, they say, as you embark on a thrilling wonder story with this Bière de Mars made in oak wine barrels.

Coming up this Friday, Castleburg has a tasty awaited release. His Majesty’s New Groove is a Jamaican-themed brew, back just in time for their Reggae Sunday events, they say, and the collab beer with King Easy is back on tap — with the idea to create a blazin’ beer, this IPA was put together and loaded all the way up with dank and resinous hops… sure to please even the headiest of hop heads.