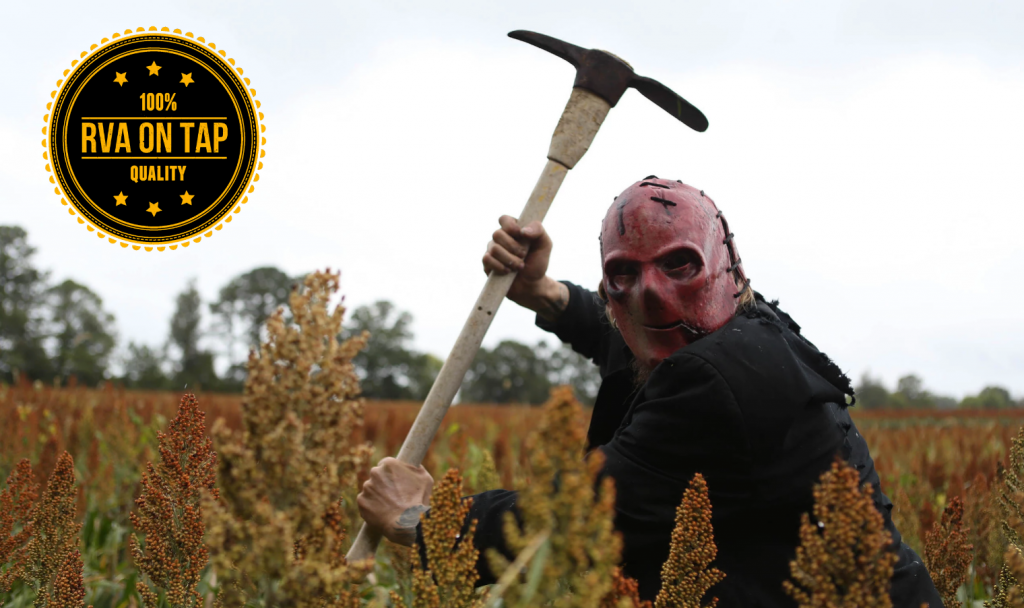 What’s happening, craft beer lovers of RVA?! Welcome to this week’s RVA On Tap, RVA Magazine’s weekly craft beer column for all your craft beer-related events, releases, festivals, and all the booze news your hearts desire.

Last week, we saw a few end-of-season warm weather beers and some bloody collabs from the locals. We’ve checked out some cool events and beer releases since then, and a bunch more are headed your way.

This week at their downtown location, Richmond’s sweetheart Hardywood is releasing its new Tropication India Pale Ale. It looks pleasantly summer-ey for the rainy ~60° forecast, but I appreciate the enthusiasm, and know we weren’t expecting to get chilly so fast — a lesson I learned together with Hardywood on a very hot day over the weekend, at their annual Heroes Run motorcycle banger.

I spent my Sunday with Hardywood at their new farmhouse spot, which opened up earlier this year as a beautiful escape from the city, complete with woodsey views and swinging hammocks. Day drinks are usually no bueno for me, so I stuck to trying their Farmhouse Pumpkin and White Out to keep it lighter. Can’t recommend these two more highly — Farmhouse is a perfectly-spiced seasonal blend with VA-grown sugar pumpkins, whole nutmeg, and a very smooth feel down the hatch. Right up my alley. White Out is one of my favorite white brews to-date, a wheat double IPA that’s “pillowy soft” (accurate) and full of flavor of “balanced, but noble bitterness.”

Thanks to White Out, I ended up winning back my own cell phone in the motorcycle raffle (because I lost it somewhere at the brewery post-day beers), so anyway, go easy on your early drinks out there. Hardywood: You’re 10/10 in my book.

Terror on the farm! Hide your cows, hide your pig!

The Boo and Brew festival is here this weekend at Ashland Berry Farms, and Isley Brewing Company will be there to booze everyone up after they hit the haunted houses. One is promptly named “Booger Woods,” which is exactly the type of place I don’t want to be, so catch me in Isley’s beer garden instead.

All jokes aside, Ashland is a Berry cool property (nice) — and their Halloween jammers look like a blast. They’ve also got something this year called “Misery’s Playland in 3D,” which sounds like an actual nightmare, and, uh, if this guy’s there, I’ll pass.

Nope. Hard nope. But don’t take Halloween advice from someone like me, because the place looks like a blast for anyone who can sleep within a week of seeing a bad horror movie (more nope). Catch me in Charlottesville instead picking pumpkins and drinking some Bold Rock on top of a mountain, where no one can jump out and give me an accidental pickaxe lobotomy.

As part of Tap That Thursday, Three Notch’d Brewing Co. dropped their new Zombie Killin’ Ale last week. The black rye DIPA is a collab with The Judy Chops brewery, and has an interesting combo of big citrus and chocolatey, roasted malt flavors. The ale came out in a 90’s zombie movie-style bright green can, and a really cool video on its brewing process . For this week’s Tap That Thursday at the RVA Collab House, Three Notch’d is putting out their fall seasonal Pomegranate Gose. According to the brewers, nothing says autumn in Virginia like mild days and crisp nights, so they put that feeling in a can. The German sour ale is full of pomegranate tartness and kettle-souring with lactobacillus, for a dry, crisp taste to match the autumn nights. “Fall never tasted so good.” Mmmmmmm.

The Veil dropped not one, but three(!) new brews yesterday. The Veil is another local favorite (rightfully so), and it’s also home to some beautiful street art by Nils Westergard. This week’s release included Frostbite, Never Never Calm Calm, and We Ded Mon. It was also meant to include Expert Tastemen, but it came out with a not-so-expert taste, so now it’s pretty “Ded, Mon,” too.

Fresh last night, Never Never Calm Calm is first on the list of new fruity beers at The Veil. Its double-fruited pineapple and passionfruit flavor is made even stronger with their brand-new fruit brewing process. The new Frostbite beer is a sour-whiteferrari-meets-fruit. The apricot and plum DIPA is 8.5% ABV, aka the same as Hardywood’s White Out, so enjoy it lightly before dinner. It’s topped by We Ded Mon, named appropriately, because this 100% Citra hopped TIPA is 11% ABV. Thanks, Veil, for keeping the bar-goers crawling (even without a real event). I’ll definitely make my way over to give this one a try.

Head to Intermission Beer Company tomorrow at 7 to school your friends in horror movie knowledge! The brewery’s hosting a special trivia night, and since Richmond’s always had a love affair with the spooky and weird, I’m sure plenty of you out there will make great contestants. They’re partnering up with the RED VEIN Haunted House and serving up all their beers, like the Vienna Cream Ale and a milky-sugar chocolate foundationed milk stout. Horror movie trivia, like math and mechanics, is something I’ll never master (because of who I am as a person) — so go get some spooks right on my behalf.

This Friday, Final Gravity is dropping a brand-new Brittle Star DIPA that’s also up for grabs in Crowlers. The 8% DIPA is a balance of El Dorado, Galaxy, and Mosaic hops to give off citrus, passionfruit, mango, and pine notes. If you’re headed towards D.C. this weekend, give it a taste at this year’s Snallygaster — the best of the best for Washington beer festivals, packed with 400 craft beers from all around the globe and more than 120 of the world’s best brewers. If you’re sticking around town, swing by their Lakeside spot for a taste of any of their spacey beers.

Champion Brewing has started up Local Music Nights every Friday night, and they’ve asked the city to name-drop their favorite local artists to start off the shows with RVA’s best — so shoot over to ‘em if you’ve got someone in mind. Iron Reagan (pictured above) played the brewery earlier this year, and I’m looking forward to seeing what Richmond comes back with when they start setting up shows with local faves.