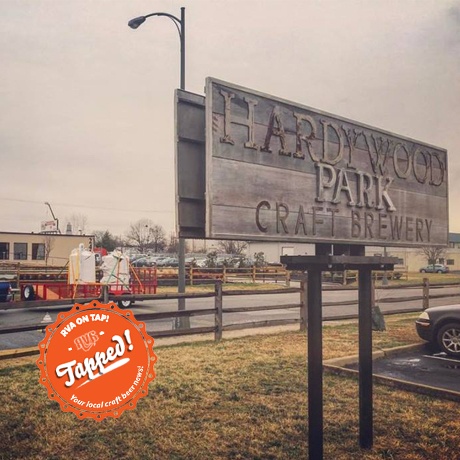 Before we actually get into beer releases for the weekend, thought you craft beer lovers would enjoy a fun post our own RVA Mag President John Reinhold put together pairing Valentine’s Day candies and local craft beers. Proceed at your own risk here!

Also, one pairing that we forgot to mention, but think you should totally check out is Starr Hill’s brew Star Hill – The Love German Hefeweizen with Red Pink and white Candy Corn. Here is a little blurb from Reinhold himself on the pairing:

The Love is a great name here for a beer on this special day. It’s also awesome to include a Hefeweizen for those that want something different and refreshing. This one has some spice in it – a little clove, a kinda bread banana aftertaste from the wheat. Of course, I just had to run into the Valentine’s Day candy corn. You would think we would only have to deal with this once a year. But no, here it is once again. It won’t let me be. I have nightmares about this stuff. Candy corn calling me on the phone asking me if I like “candy corn” much like the movie Scream. Its ringing my bell and leaving little droppings of it at my door. I thought it was over after Halloween. But the nightmare continues it seems. Anyway, the Hefeweizen is fresh and spicy enough to help me get over my issue at this time. But I know Candy Corn is always watching, always watching and waiting. Try this pairing and see what you think!

We also have a review of Star Hill’s tasty brews Double Chocolate Bass Stout and Warm Up Winter Ale which you can check out here.

Now on to the releases!

Hardywood has some pretty big news this weekend. The brewery will open its second long-awaited location in Charlottesville on Saturday. Their Pilot Brewery & Taproom will serve as their main hub for research, development and collaboration. Pilot recipes will be brewed on a 3.5 barrel brewhouse. Hardywood Singel, Pils and VIPA will be available year-round, and their Reserve Series and Barrel Series beers will be released in Charlottesville on the same day as their Richmond releases. You can read more on our story here. Upcoming pilot recipes include a Porter, a Weizenboch and a Black IPA. Release dates TBD!

Garden Grove Brewing Company is celebrating two years all week with beer releases and special events. The Carytoen brewery has crafted a new ale blending beer and wine styles. PRECISION COLLISION is nicely balanced between tart wheat characteristics and fruit forward wine flavors. Crafted with the juice and wine of the famous French grape variety Petit Verdot from Garden Grove’s own vineyard in the Blue Ridge Mountains near Delaplane, VA. They will also have live music throughout the week, check the link above for details.

On Thursday, Ardent Craft Ales will release their collaborative brew with Stone Brewing and Hardywood, Give Me IPA or Give Me Death tomorrow at Commercial Taphouse. Brewed with Virginia-grown raspberries and blackberries, Give Me IPA or Give Me Death is a liquid tribute to craft independence here in RVA. Come out to Commercial Taphouse & Grill this Thursday to meet the masterminds behind this rich imperial IPA.

On Saturday, the brewery will release the Ardent DIPA.

Strangeways Brewing will host Boot Camp at the Brewery at 11 am this Saturday. They are partnering with Fit By Benns for a one hour boot camp class for all fitness levels. Although walk-ins are welcome, space is limited. Reserve your spot online here.

The brewery will also have a double beer release on Saturday including Helles Frozen Over Munich Helles Lager (draft only) and Wampus Cat Triple IPA. (draft and bottle)

Steam Bell Beer Works is continuing their variant release of the Harwood Entire Porter this Saturday. This time, its Masala Chai. The brew is a 6.5% complex and flavorful Porter with malt character and notes of toffee and caramel. They;ve added delicious Masala Chai spices to this variant including ginger and cloves.

This Thursday February 16th will be The Veil Brewing Co.’s monthly Third Thursday Celebration and Charity Happy Hour. 15% of draft sales will be going to UnBound RVA. UnBound RVA is a Richmond-based non-profit organization that connects high potential individuals from low-income communities to the resources, training, and the support needed to successfully launch, own, and operate new businesses.

Triple Crossing will release its latest addition to our Lockout Series, Sanctuary DIPA this Friday at their Fulton location.

Origin Beer Lab in Ashland is releasing a beer called Bee Generous on Saturday. It’s an Orange Blossom Honey Ale that owner Phil Ray and his wife Ashley brewed. The recipe was one that the two developed when they were home brewers. All proceeds from the sale of the beer are going to WHEDco, a women’s charity based in New York. They will also be having a bake sale that day.

Please send all submissions for Tapped to [email protected]. Cheers!