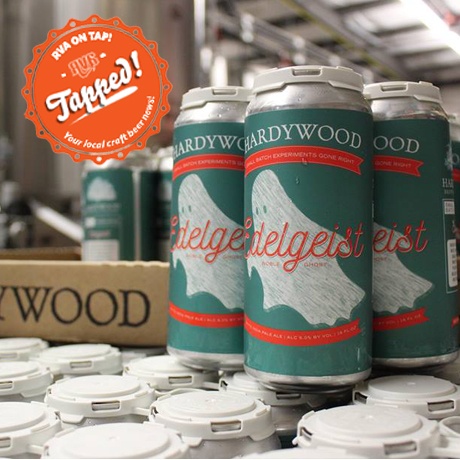 One of our favorite summer beers is back: join us for the release of Berliner Weisse on May 20th!

Ardent Craft Ales is bringing back a summer favorite this Saturday with their Berliner Weisse, a classic German wheat beer.

On Friday, May 19, Triple Crossing will have two can releases, Galaxy So Mosaic DIPA and Waxing Poetic Guava. The first brew is a DIPA hopped exclusively with Galaxy, Mosaic and Columbus hops. Waxing Poetic Guava is a variation of the Waxing Poetic Berliner series with Pink Guava and Passionfruit.

Today through Friday, Isley will have Pit Spit, a Cherry Wheat Ale available in the taproom.

On Friday, Isley is back with their weekly infusion, this time its a Chocolate Crinkle Cookie Oatmeal Porter version of their Bribe.

Finally, on Saturday, Isley is continuing the Mother’s Day celebration with Choosy Mother’s Day, in honor of their delicious Choosy Mother Peanut Butter Porter. Regular glasses of their signature porter will be priced $1 for the entire month, and customers will receive $5 off the purchase of three 32oz. crowlers to go!

Isley will have Strawberry Fields florist on site and will feature music from 2:00-9:30 from Zack Artis, The Royal We and more! On Sunday, May 21st, local bakers will compete for the title of Choosy Mother Bake-Off Champion with a judged competition to see who can create the best recipe using the Choosy Mother as an ingredient. For more info or to reserve a spot in the contest, please contact [email protected]

Garden Grove Brewing Company has a few releases for you to check out this weekend. First up is their PARTISAN PILSNER PRE-PROHIBITION LAGER, a 5.8% brew made in a richer fuller style reminiscent of beers made before prohibition reduced beers to the weak adjunct produced American lagers unfortunately still popular around the world today. It is malty and balanced with a fine European hop bitterness.

GGBC will also have their VIRGINIA PALE ALE, a 4.6% pale ale highlighting Meridian and Calypso Hops.

Steam Bell Beer Works will release Old Beau with Pineapple and Lime this Saturday. This is the second varient on their Old Beau IPA, and this one is fermented over fresh limes and pineapple puree which compliments the tropical fruit notes from the El Dorado and Simcoe hops.

On Friday, May 19, Hardywood will release their fruity canned Edelgeist White IPA for the weekend! 4-pack 16oz. cans + draft available. They’ll also be tapping their “naked” Berliner Weisse, on draft only.

Midnight Brewery will release its Watermelon Lime Kolsch this Saturday. Just in time for that hot weather!

As the weather gets warmer, Buskey Cider has decided to bring back a seasonal favorite, the Watermelon Rosemary Randall’d Cider starting on Saturday.