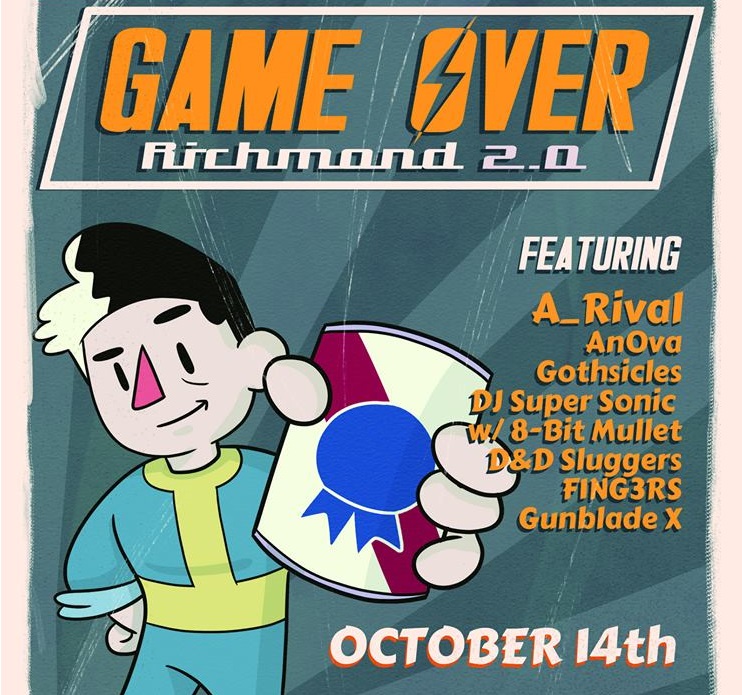 The world of video games is, admittedly, one I’m not too familiar with. But I have brushed up against the world of video game music a time or two, most notably the time I went to see Kitty come through town on tour with Anamanaguchi. The music I heard from the other bands on that bill was what is also known as “chiptune”–peppy, hyperkinetic dance music played at least partially by 8-bit sequencers of the sort that created the indelible soundtracks of every classic Nintendo game you (or I guess your uncle, you young whippersnappers) grew up playing for three hours after school every day.

Chiptune’s the sort of thing that I’m sure at least half of you are going, “wait, this exists?” about right now. But the kids who love it REALLY love it, and I’m sure a lot of them are already really excited about what’s going down at Fallout this Saturday night. Chances are, people are planning to divide their time between the stage and the many games MAGFest is planning to pack the playing area of the venue with–yes, one of the big attractions of this night is that there’ll be a popup arcade appearing inside Fallout. Classic games originally released on systems like Nintendo, Sega Genesis, and Super Nintendo will dominate, though they’ll have games from all eras including the ever-popular Mario Kart 64 (there’ll even be a tournament for this last one, so all you Mario Kart junkies, start practicing now).

But there’s a ton of really wild music hitting the stage this night too, so if, like me, you’re way more of a music person than a video game person, rest assured that entertainment aplenty is still easily had. Where out-of-town awesomeness is concerned, you’ll get everything from Wilmington’s D&D Sluggers, who create a hybrid of soulful indie ballads and straight-up 8-bit beats; to San Francisco’s A_Rival, who’ve actually composed soundtracks to modern 8-bit video games and have a sound that resembles the sort of weirdly heavy-rockin’ tunes you enjoyed on childhood games like Double Dragon II and Street Fighter. The biggest local highlight is an0va, whose complex, melodic tunes use 8-bit instrumentation to create the sort of surprisingly emotionally-driven sounds you find in some corners of the math rock scene. And there are a whole lot more performers on this eight-hour bill, plus a ton of video games to keep you occupied during between-band setup. Dust off your old controller and limber up those fingers for a night of chiptune insanity and video game triumph.