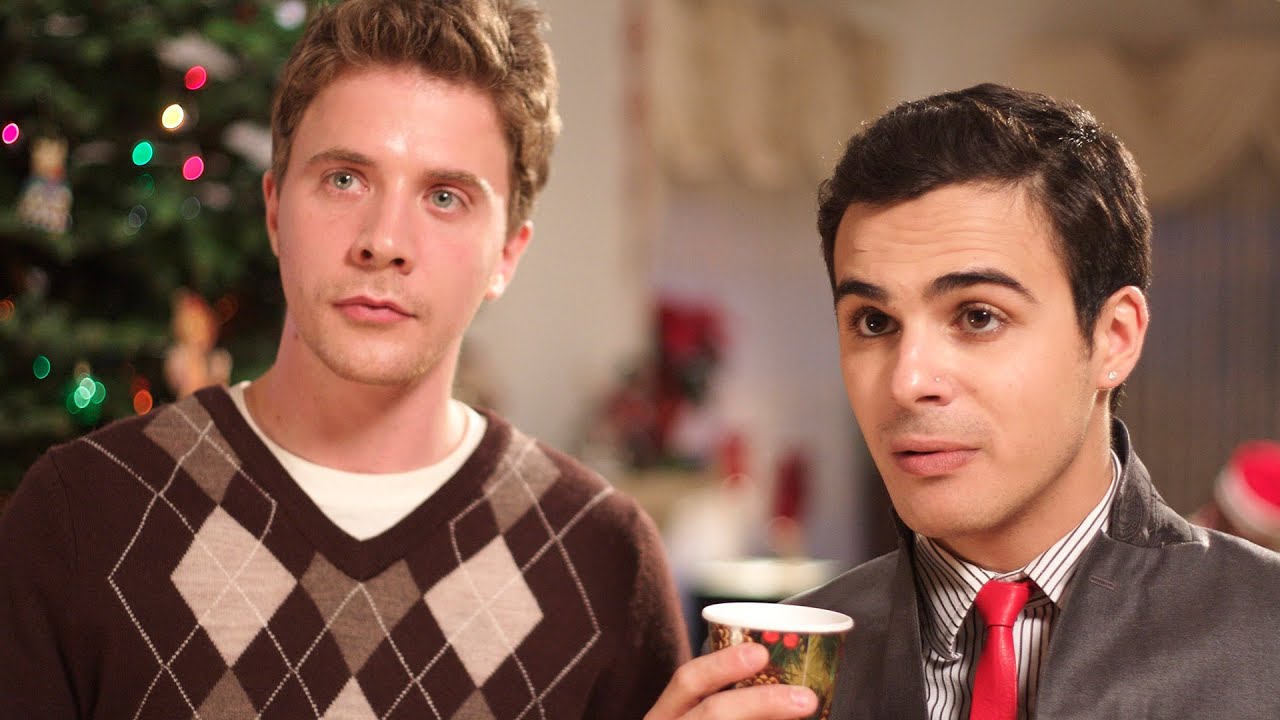 All the back-and-forth with the Hallmark Channel inspired GayRVA’s Ash Griffith to create an alternative canon of cheesy Christmas films that will warm your big gay heart without leaving a bad taste in your mouth. Enjoy!

As we learned yesterday, even at holiday times, we still can’t have nice things. Even though, as of right now, the word is that the Hallmark Channel has reinstated that Zola commercial, I understand why you might be seeking alternatives this year to your usual Hallmark Channel cheesy-Christmas-film marathon.

It’s in that spirit that we’d like to present you with a list of some LGBTQ-friendly films that you may not necessarily find on Hallmark, but are thankfully still available on other platforms. Think of it as a slightly early Christmas present from your friends at GayRVA.

Based on the book of the same name by John Green, Maureen Johnson, and Lauren Myracle, Let It Snow follows the misadventures of some teenagers (naturally) in Laurel, Illinois on Christmas Eve. Among them is a pop star, a teen debating putting her college acceptance off to help her ailing mother, and a cheerleader who crushes back on the diner waitress but worries her squad will reject her (SPOILER: They absolutely do not).

The ever-wonderful Diane Keaton stars in this ensemble piece as the matriarch of a family on Christmas who is about to meet Dermott Mulroney’s fiance, played by Sarah Jessica Parker. More importantly, Keaton’s deaf son, Thad, and his partner spend this Christmas also navigating the hijinks about while being the straight men (in the comedy sense) of the piece.

Queen Keaton returns in this family ensemble piece about a family trying to come together on Christmas… plus Amanda Seyfried in a very forgettable subplot. Newly-crowned Captain America Anthony Mackie plays a police officer who arrests Marisa Tomei (and later, of course, tries to help get her to the family), but then comes out to her and unloads about his internal struggle to truly be out.

Going home for the holidays is always stressful, especially when you’re LGBTQ. Gunn (Keith Jordan) deals with this as he goes home to his well-meaning midwestern parents who don’t know he’s out, only to run into both his ex-girlfriend and his current boyfriend (played by Degrassi alum Adam Ruggiero), who has followed him home.

Part of the fun of Christmas and the holidays is embracing the tackiest parts of it with full force, and just having fun. No one knows camp and tacky better than Pee-Wee Herman. With a family friendly special for the holidays, Pee-Wee sees a variety of guest stars say hello, including Cher, KD Lang, Little Richard, Whoopi Goldberg, and more.

Regardless of how you celebrate the holidays, whether it is with friends and family, your partner, or just relaxing at home and enjoying the quiet of it all, may this list help bring at least a little bit of cheer and warmth into your home this season. Happy holidays, everyone.