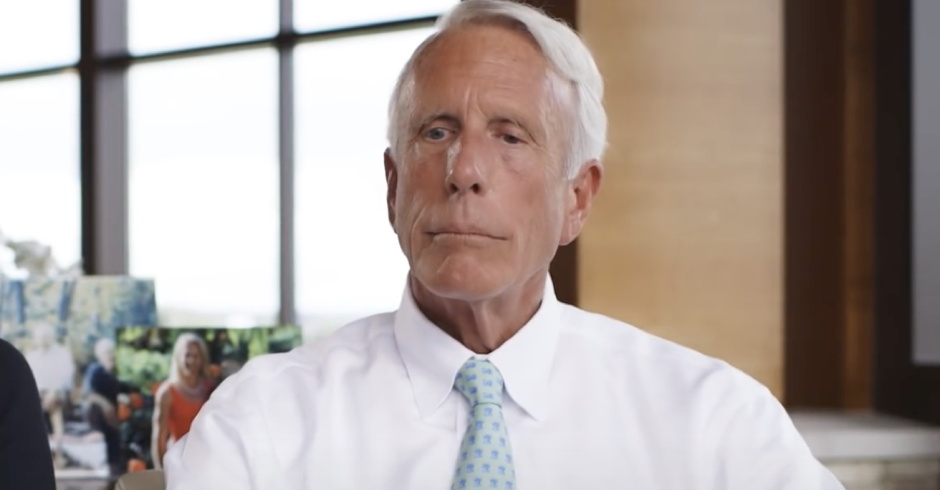 It’s long been a subject of speculation — who is paying for that Trump-loving, LGBTQ-hating right wing website, The Federalist? Turns out it’s a major Republican donor, who also hates LGBTQ people. Surprise!

The Federalist is a right wing, anti-LGBTQ website whose leaders can be seen on Fox News and the Sunday talk shows. People for years have been wondering who funds it. Up until now no one knew.

The site’s co-founder, Ben Domenech, resigned from The Washington Post after just three days, over previous plagiarism allegations. He happens to be married to The View’s Meghan McCain, and was a frequent guest on CBS’s Face the Nation. Earlier, his work was removed from Huffington Post, The Washington Examiner, and The San Francisco Examiner after he was reportedly paid tens of thousands of dollars to write about the government of Malaysia.

Domenech’s senior editor, Mollie Hemingway, was an anti-Trump conservative who used to call then-candidate Donald Trump “a demagogue with no real solutions for anything at all,” and labeled Trump’s whining “ineffectual and impotent.”

Today, she’s among his biggest fans.

In response to its very non-transparent backing, The Federalist has even found a way to make money off the question. For $24.95 you, too, can join in the “fun.”

The site is devoted to “owning the libs” and attacking Trump’s critics while advancing the President’s agenda.

But, it would seem, not just the President’s agenda.

Back in 2014 Media Matters called it “an outlet for often-rabid anti-LGBT talking points.”

And now we know, thanks to The New York Times, that one of The Federalist’s “major backers is Dick Uihlein, the Midwestern packing supply magnate and Trump donor who has a history of giving to combative, hard-right candidates, like Roy S. Moore of Alabama.”

Moore, of course, is the twice-former, twice-booted Alabama Supreme Court chief justice who became the twice-failed GOP U.S. Senate candidate. Uihlein supported him even after multiple credible accusations of rape and harassment came out against him.

And The Federalist even published an op-ed basically defending Moore, the Times notes.

“The Federalist ran an opinion piece that defended men who dated young women as a practice with a long history that was ‘not without some merit if one wants to raise a large family.’”

Dick Uihlein and his wife have donated millions to GOP and conservative candidates and their super PACs, including “roughly $26 million” during the 2018 election cycle – and that was just the first half of the year, according to The Times.

“Uihlein dumped as much as $17 million” in 2018 into a GOP candidate, Leah Vukmir, who tried to unseat Wisconsin Democratic U.S. Senator Tammy Baldwin, INTO’s Nico Lang reported.  The candidate was a “right-wing extremist” who had “a staunch record of opposing queer and trans rights.”

Not only did she have “‘close ties’ to the Family Research Council,” she “favored Russia’s anti-gay ‘propaganda’ law, and backed Uganda’s ‘Kill the Gays’ bill.”

The Federalist appears to echo Uihlein’s anti-LGBTQ agenda, running headlines like “Supreme Court Ridiculously Demands Everyone Pretend Sex Differences Don’t Exist,” “Why Pete Buttigieg Is The Most Destructive Candidate For Christianity,” “Donald Trump Has Done Far More For Gay People Than The Stonewall Democrats,” “4 Times LGBT Media Turned Coronavirus Coverage Into Attacks On Christians,” “Transgenderism’s War On Women Betrays Left’s Claims To Champion Our Rights,” “The Queer Movement Wants To Convert Christians, Not Coexist,” and on, and on, and on.

How much The Federalist receives from Uihlein is not publicly known.