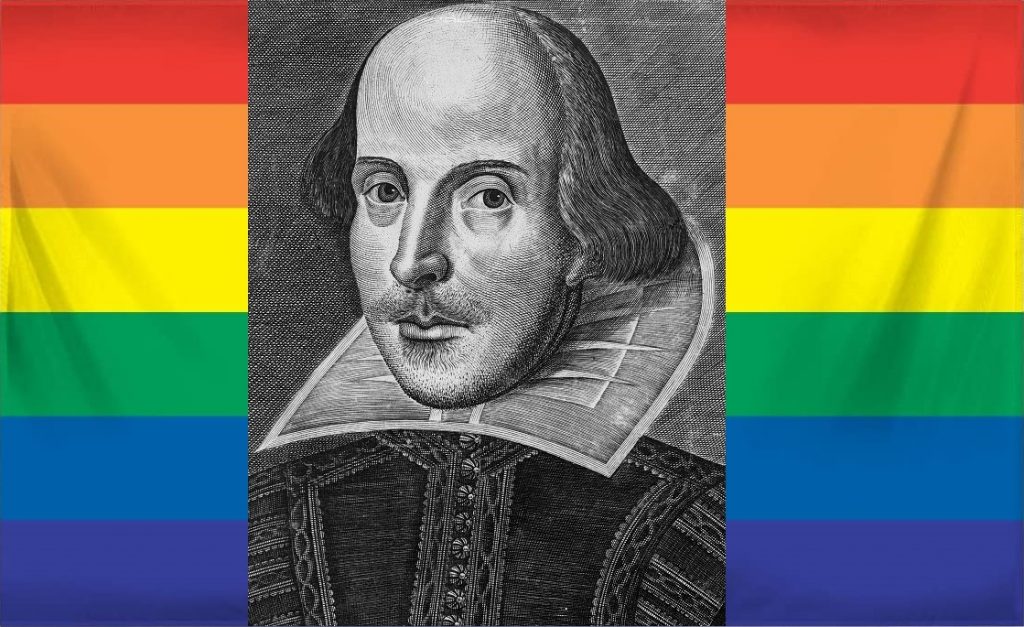 For theatre major TJ Cropper, creating a modern adaptation of Shakespeare’s Twelfth Night that confronted issues of gender and sexuality head-on was a big challenge. Then COVID-19 happened.

I studied a lot of theatre in my four years as a Performing Arts major — a lot of theatre that did not necessarily reflect my experiences, or who I am as a person. Theatre has strong potential to serve as a unique tool for social activism and representation, and many good plays allow room for the director to lift up certain marginalized voices that aren’t explicit in the script. But often, theatre ends up representing a mainstream of privilege, both within the cast and the audience. Even Shakespeare’s casts were all white men — female roles included.

I’ve read Shakespeare through the majority of my school career, and I’ve always been interested in the subtle hints of LGBTQ representation in works such as Twelfth Night and As You Like It. Twelfth Night was one I always returned to when imagining myself, my own stories, and my own community on the stage. Viola’s journey in and out of being Cesario, Antonio’s dedication to Sebastian, Olivia’s fluid attraction to both sides of Viola’s identities. It was easy to see myself reflected in the script, even if most productions of it did not reflect these ideas from a queer lens.

Adaptation has long been a method of restylizing non-contemporary works. Many pieces of media in popular culture are adapted from Shakespeare plays: Disney’s The Lion King is derived from Hamlet; West Side Story comes from Romeo and Juliet; 10 Things I Hate About You draws from The Taming of the Shrew. This was my idea when I sat down to plan my senior thesis project. I wanted to rewrite and direct the play I’d thought about all through college — except this time, I wanted the representation to be more than subtle. My play adaptation, titled As You Think I Am, would feature the original characters of Twelfth Night in a storyline that followed the framework Shakespeare laid out for me, except with a trans-focused plot and canonically LGBTQ characters.

Shakespeare’s Twelfth Night begins with the main character, Viola, washing up on the island of Illyria after a shipwreck that separated her from the rest of their crew. Her twin, Sebastian, is presumed to be dead. Viola is eager to fend for herself, and therefore, decides to dress as a boy and work as a page for the Duke Orsino. Viola (under the identity of Cesario) falls in love with Orsino, who is in love with Lady Olivia, who falls in love with Cesario. In the second act, Sebastian and his friend Antonio show up on the island, revealing themselves to be alive. The play ends with Viola marrying Orsino and Lady Olivia marrying Sebastian.

My version of a Twelfth Night adaptation considers what Shakespeare was unable to explicitly describe in the rawest forms of his scripts. The play begins with the sudden news of Sebastian’s death, two years after fighting with their unsupportive mother and then running away from home. Viola, or V in my canon, is allowed to grieve her brother and consider it a significant loss of part of her childhood. She’s allowed to fully, sincerely explore her gender expression, and what that might mean for her gender identity. Olivia’s attraction towards her in her “Cesario” form is not passed off as just a simple mistake of gender perception. Sebastian, an openly transgender man, plays a strong role of mentorship, but also betrayal, as well as being allowed to express his affections for Antonio just as any standard heterosexual relationship in modern media would portray it. The Sea Captain is given a stronger role as mentor for young, vulnerable LGBTQ kids, and exists far beyond a side character.

My show explores loss, the fluidity of identity, relationships, and self-assurance despite one’s background. Queerness is the background, the body, the essence of the story, in ways that are both normalized as well as unique in the stories it conveys. As You Think I Am is Shakespeare in contemporary form, designed to draw an audience into a world of representation and possibility that they may or may not have considered.

The arrival of coronavirus complicated the process of completing my senior thesis significantly. One day, I was making flyers for in-person auditions as part of a rehearsal process, which would start in the blackbox theater the next week. The next day, I was informed that I had three days to pack up my entire dorm room and evacuate campus. There was no time for auditions, no time to meet with my professors. The entire foundation of my project crashed around me. Theatre is the most intimate form of collaborative art there is, so how can it exist six feet apart?

I didn’t have time to mourn the loss of a spotlight, or the loss of the normalcy and routine I had developed in four years of attending college. This was the last semester of my senior year, and I had three months, at best, to put together an entire show. Could I have turned in my script as a study on playwriting and soared through the rest of the semester with my head down? Sure. But that wasn’t what I wanted my project to be. The idea spawned from a need to see a range of identities filling the roles we’ve studied and performed for our entire school careers. Submitting my work quietly and without production was against all of my original intentions.

Our community has spent a long, long time existing quietly; my characters should not have to.

So, even though theatre was the last thing on most people’s minds at the time, I made a Facebook post asking for my actor friends to let me know if they had any interest in working with me on an LGBTQ-focused Shakespearean adaptation project, conducted entirely via Zoom. We had just a few weeks to pull it together, and I would need to revamp my whole script to work digitally, since my plan was for the show to be heavily based on physical touch and lighting elements. I skipped auditions and assigned the roles based on the limited information I already had on my actors. Some of them I had worked with for years, but I’d had no previous idea that some of the others even did theatre. But regardless of skill or experience, we had to move forward as well as we could. And so began the rehearsal process.

I had directed a show before, but on a much smaller scale, and with the help of other co-directors in a group project. This was an entire show that would run a little over an hour, and I had the added pressure of being judged on my playwriting process, on top of the actual production itself. But as a theatre-maker, I have learned to value vulnerability as a tool for communication and transparency, whether it be during acting or behind the scenes. So in the very first rehearsal, I shared openly what this project was about and the reasons behind its creation. It was not only about seeing myself in Shakespeare; it was about using art and identity to create something beautiful, something that allows an audience to hear even the most underrepresented voices alongside the main roles. Those who attend Shakespeare shows have often never considered the potential for a range of identity, a range of bodies, a range of experiences. I wanted to start the conversation that could change that.

There were plenty of memorable incidents during the nights we spent together on Zoom, reading from a script we shared on a dual screen and struggling our way through technical difficulties every single rehearsal. But what struck me the most out of every trying moment was when one of my actors relayed a message of wisdom from one of her professors: the sooner we accept the realities of this situation, the easier it will be to adapt to it. Many of us, in the first few months of this pandemic, spent many waking hours trying to make things feel as “normal” as possible. But I can say that the moment I stopped trying to make my project look like its original vision, I found I could breathe easier. I would not have a stage, or mood lighting, or the moments of physical intimacy between my actors that I had envisioned for months leading up to it. But what I had was more than enough to convey my intentions, and so I adapted.

After several hours of rehearsals, fifty pages of script, ten pages of analysis, one show, and more than enough technical difficulties to last a lifetime… I got an A on my project, successfully allowing me to graduate college. And even though my production was not what I had ever envisioned for my senior thesis, I wouldn’t trade the experience I did have. I truly bonded with the actors I was lucky to have, and now that it’s all over, I feel more confident than ever– not only in my theatrical abilities, but also in my resilience as a person. I set out with a purpose, to bring queer identities onstage and allow them to thrive in a form of theatre that often lacks diversity (despite the large amount of LGBTQ people who exist behind the scenes). Through the determination and talents of myself and my cast, we accomplished that goal, for ourselves and for everyone in the Shakespearean community who must fly under the radar in who they are.

“In nature there’s no blemish but the mind. None can be called deformed but the unkind.” (Act 3, Scene 4)

TJ is a recent graduate of Mary Baldwin University with a Performing Arts degree. They enjoy warm drinks, making art of all kinds, and watching Cobra Kai. Their life dream is to hug a bear (as in, the wild animal).

Tony Perkins: Biden’s Policies Are ‘From the Pit of H...

Joe Biden has been president for two months, and Tony Perkins of the anti-LGBTQ hate group Family Research Council, is all in an uproar... READ MORE

Tony Perkins: Biden’s Policies Are ‘From the Pit of H...

Joe Biden has been president for two months, and Tony Perkins of the anti-LGBTQ hate group Family Research Council, is all in an uproar... READ MORE