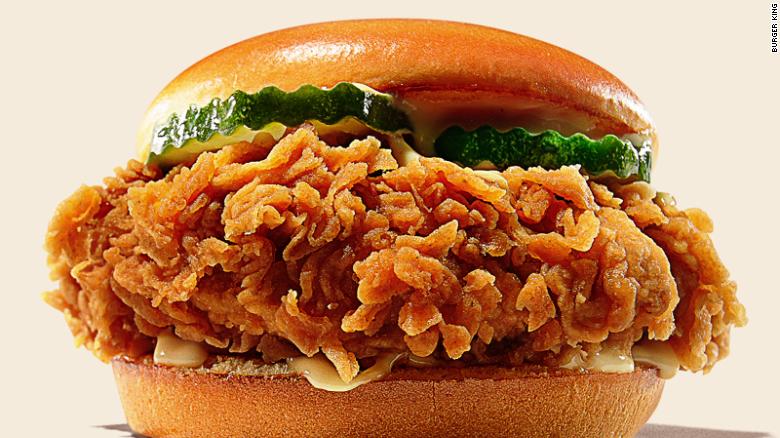 The chicken sandwich wars are really heating up out there. Popeyes was just the beginning; now Burger King will spend Pride month donating profits from its new chicken sandwich to Human Rights Campaign.

Burger King’s announcement last week that they would donate 40 cents to Human Rights Campaign for each of their new Ch’King sandwiches sold during June, aka LGBTQ Pride Month, was cool and classy enough in and of itself. But the fact that they embedded multiple shots at Chick-Fil-A within the text of the announcement tweet really made the whole thing delicious.

You all know the context for this one: Chick-Fil-A, who’ve long claimed to be the inventors of the chicken sandwich, are a family-owned national fast food chain who put their Christian values front and center, from closing on Sundays to donating large amounts of their substantial profits to religious missionary groups. In 2012, at the height of the battle over marriage equality, the Muppets pulled out of a promotional tie-in with Chick-Fil-A after the restaurant’s chief executive, Dan Cathy, made a number of public statements opposing marriage equality.

This led to a wave of negative publicity for the fast food chain, but the backlash was quickly countered by “Chick-Fil-A Appreciation Day,” an event organized by former Republican presidential candidate Mike Huckabee, in which massive amounts of anti-LGBTQ conservatives and hard-right Republicans flooded their local Chick-Fil-A to show their support for opposing marriage equality. And the conservative love affair with Chick-Fil-A has continued ever since, even as Chick-Fil-A continued to support anti-LGBTQ non-profits with their dollars for nearly another decade, finally ending the donations last year in what the company insisted was not a response to backlash but simply a change in focus for their charitable giving.

At some point, Chick-Fil-A’s many competitors in the fast food world apparently got sick of seeing long lines and full parking lots outside one of their main rivals’ locations. Popeyes kicked off what have come to be known as “the chicken sandwich wars” by launching a rival chicken sandwich in 2019. That sandwich was so popular that the company, having planned for significantly slower sales, ran out of the ingredients for the sandwich within a few weeks of introducing it, and had to wait nearly two months to return it to market. Since then, the sandwich has remained popular, and Popeyes drive-thru lines, at least here in the Richmond area, are now often as long as Chick-Fil-A’s.

during #pride month (even on Sundays 👀) your chicken sandwich craving can do good! we are making a donation* to @HRC for every Ch'King sold 🏳️‍🌈

“The #ChKing says LGBTQ rights!” is how the tweet announcing the King’s month-long donation campaign began. It referred to the time period during which the donations would take place as “#pride month,” and went on to parenthetically mention that the donations to HRC would occur “even on Sundays,” an aside accompanied by the side-eye emoji; there’s really no way to interpret that as anything other than a dig at Chick-Fil-A.

“This is a community we love dearly and have proudly supported over the years,” said a Burger King spokesperson in an interview with USA Today, “so we couldn’t miss an opportunity to take action and help shine a light on the important conversation happening.” That may very well be the case — and we do applaud it — but the fact that this will help BK sell some chicken sandwiches is undoubtedly at least some of the motivation.

Really, though, I’m not complaining at all about that. It’s better than selling sandwiches by broadcasting your hate and intolerance — something Chick-Fil-A have been doing for a decade now. And hey, I’ve actually had the Burger King Ch’King sandwich already, and it’s quite good; the horseradish sauce it comes with distinguishes it from other entrants in the chicken sandwich wars and gives it a tasty kick. While its caloric content might test the limits of your diet, you can probably afford to cheat a little bit if it’s for a good (and delicious) cause. Just sayin.