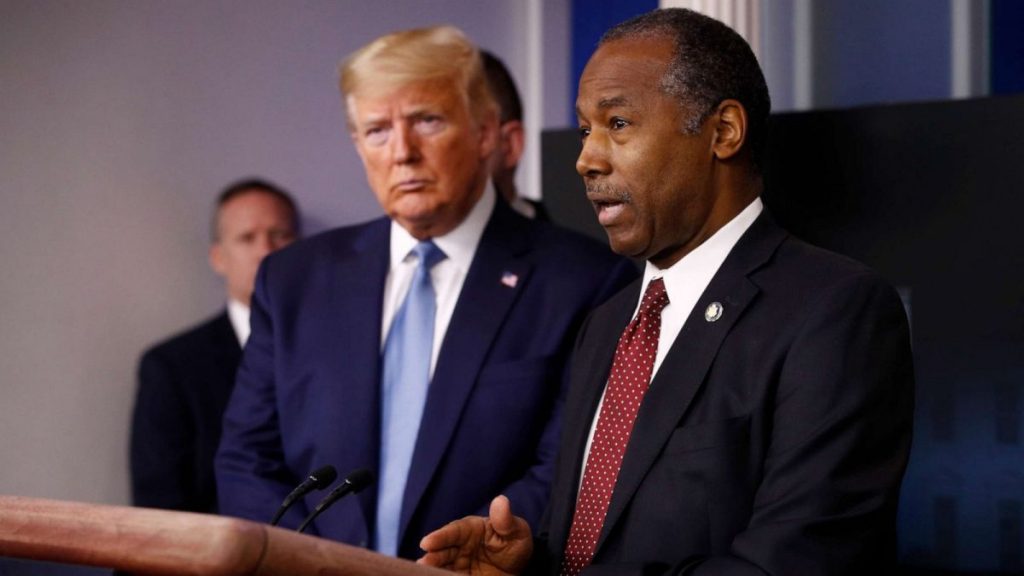 In a rather over-the-top display of transphobia, the Trump administration has released a memo telling homeless shelters how to spot transgender women in order to more easily discriminate against them.

Nearly four years into his presidency, Donald Trump’s administration continues to come up with new ways to harm transgender Americans by rolling back their civil rights. Their latest move sees the Department of Housing and Urban Development (HUD), under notoriously transphobic director Ben Carson, release a plan to rescind the Obama-era Equal Access Rul in favor of a policy that allows single-sex shelters to refuse accomodation to transgender people.

Sadly, this is really nothing new — we first learned of HUD’s push in this direction over a year ago. However, what is a new wrinkle to the whole thing is the text within the rule that attempts to explain to organizations how they might possibly spot a trans woman attempting to find sanctuary within their shelter.

According to the post-Congressional review version of the rule, which was obtained by Vox Friday, shelter staff “may determine an individual’s sex based on a good faith belief that an individual seeking access to the temporary, emergency shelters is not of the sex, as defined in the single-sex facility’s policy, which the facility accommodates.” What’s more, the rule goes on to enumerate physical qualities of the individual that might indicate transgender-ness. It mentions “factors such as height, the presence (but not the absence) of facial hair, the presence of an Adam’s apple, and other physical characteristics which, when considered together, are indicative of a person’s biological sex.”

So what we have here, encoded within a government document, is a guide to clocking a trans person — and, to be specific, a trans woman, because all of these are factors that would indicate a woman who was assigned male at birth, rather than a man who was assigned female at birth. Men-only shelters exist in this world, to be sure, but it doesn’t seem as if HUD is too concerned about keeping trans men out of those.

Based on a brief evaluation of physical characteristics, a shelter employee is then empowered by the new rule to ask for proof of a person’s sex before allowing them admission to the shelter. Of course, what sort of evidence they would require is a bit difficult to determine; the rule states that “Evidence requested must not be unduly intrusive of privacy, such as private physical anatomical evidence. Evidence requested could include government identification, but lack of government identification alone cannot be the sole basis for denying admittance on the basis of sex.”

What’s funny about that is that the gender markers on most government documents can be changed pretty easily these days, depending on what state you’re in. For example, my Virginia Driver’s License lists me as female, despite the fact that I was assigned male at birth. And as of July 1, Virginia allows transgender people to have the gender markers on their birth certificates changed without undergoing a medical procedure — which would then make it possible to change the gender markers on your passport without undergoing a medical procedure. Meanwhile, the new HUD rule states that lack of government ID alone isn’t reason enough for denial of admittance.

So how is this rule going to work in practice? Well, let’s be real — people will probably be admitted or denied based mainly on the whims of shelter operators. Organizations run by progressive people and organizations will continue to allow homeless trans women to shelter there, while those who had to be forced by the Obama-era rule to allow equal access will stop doing so as soon as they’ve been given leeway to.

The 2015 US Transgender Survey by the National Center For Trans Equality (NCTE) stated that 30 percent of respondents had experienced homelessness at some point in their lifetimes, while 70 percent of respondents who had stayed in homeless shelters reported harassment, physical or sexual assault, or being kicked out as a consequence of their transgender status. The new HUD rule is exactly the sort of rule that will create future situations in which more trans women suffer these negative experiences — or choose to sleep on the streets instead of risking such things.

It still remains possible that this rule won’t become finalized into law. Virginia Congresswoman Jennifer Wexton joined with California Congresswoman Maxine Waters on June 29 to send a letter to Carson indicating that the June 15 Supreme Court ruling should change the legality of the new HUD rule. “The release of a potentially applicable Supreme Court decision during the period of our regulatory review is unique and raises concerns about the applicability and implementation of the proposed rule,” Wexton and Waters wrote.

However, Carson rejected this idea out of hand in a letter of his own dated July 13. “[A]n individual’s sex is relevant in the specific category of cases covered by the Department’s proposed rule, which is concerned with single-sex temporary or emergency shelters,” Carson wrote, according to Vox. “These facilities, by virtue of their temporary nature, are not deemed ‘housing’, do not fall within the purview of the Fair Housing Act. Therefore they may lawfully elect to serve only one sex. We note that the Bostock decision assumed that ‘sex’ referred ‘only to biological distinctions between male and female.’”

And of course, Carson couldn’t conclude his remarks without at least one further transphobic comment, in this case alluding to the transphobic myth that trans women are predatory toward cisgender women. The Obama-era rule, he wrote, “permits any man, simply by asserting that his gender is female, to obtain access to women’s shelters.”

We can’t be surprised to hear this kind of thing from Ben Carson, a man who notoriously called transgender women “big, hairy men” and complained to staffers at a San Francisco HUD office that he missed the days when there were “just women and just men.” Still, it’s just a further example of the harm that has come to the LGBTQ community in America under Donald Trump’s presidency. Let’s all hope, pray, and actively work toward ending that presidency as soon as possible.

Lilly Wachowski Confirms That The Matrix Was Always Inten...

In a recent interview, Matrix series co-director Lilly Wachowski confirmed what has been a rumor for quite a while -- the Matrix films... READ MORE

Lilly Wachowski Confirms That The Matrix Was Always Inten...

In a recent interview, Matrix series co-director Lilly Wachowski confirmed what has been a rumor for quite a while -- the Matrix films... READ MORE