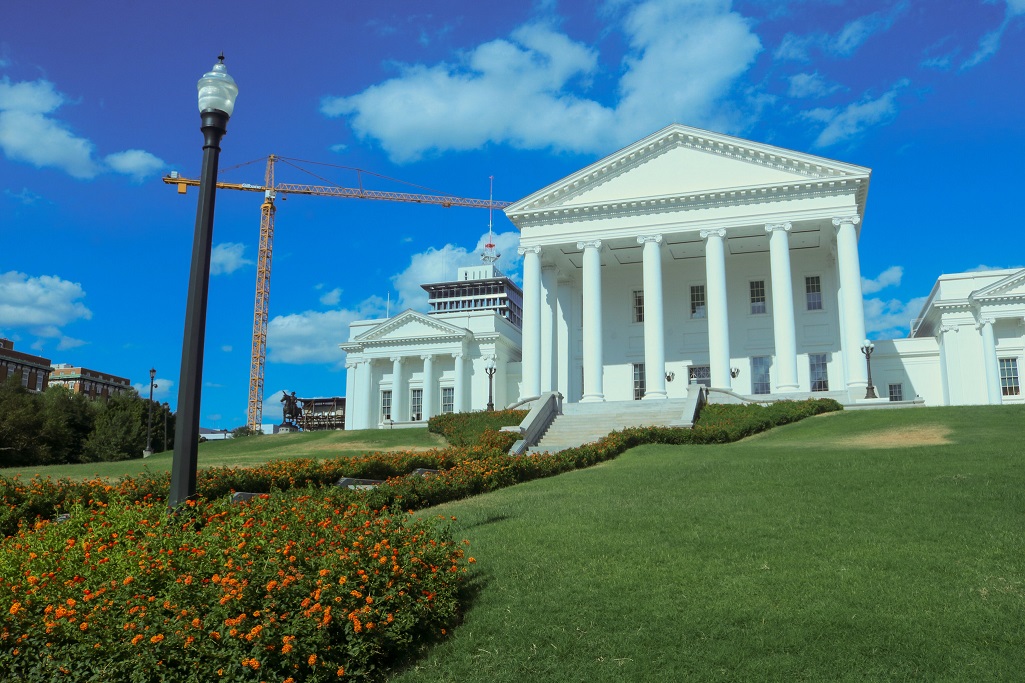 Four Percent of Marriages in Virginia Have Been Same-Sex Unions

Since marriage equality came to Virginia, a significant amount of the marriages taking place in the state have been same-sex marriages.

Same-sex couples have made up 1 of every 26 marriages in Virginia since such unions were legalized in the commonwealth in 2014. In a half-dozen localities — ranging from cities such as Richmond and Norfolk to rural communities like Buena Vista — same-sex couples represent approximately 1 of every 15 marriages.

Norfolk, for example, recorded about 12,400 marriages from 2014 through 2018, according to the Virginia Department of Health. About 850 of those weddings were same-sex marriages, the agency’s data showed.

That means same-sex couples constituted almost 7 percent — or about 1 of every 15 marriages — in Norfolk.

George Schaefer, the Norfolk Circuit Court clerk, offered several possibilities why his locality is so popular with same-sex couples. At the top of his list was convenience.

“We are centrally located within the Hampton Roads region,” Schaefer said. “You can get a marriage license at any courthouse in Virginia. We may be the most convenient location. Furthermore, we have a marriage commissioner on site whose office is literally 15 feet from the counter.”

“Gay couples in heavily populated Northern Virginia who wanted to be married may have already gone across the border (to Maryland and Washington, D.C.) to legally wed by the time the (U.S. Supreme) Court authorized it in Virginia in October 2014,” Schaefer said.

Same-sex marriage was legalized in Virginia on Oct. 6, 2014, when the Supreme Court let stand a lower court ruling that declared the state’s ban on such marriages unconstitutional. The ban had been challenged by two men who wanted to get married in Norfolk.

Like Norfolk, Charlottesville and Roanoke also had relatively high proportions of same-sex marriage — about 1 in 15 weddings, according to a Capital News Service analysis of the Health Department’s data. Then came Richmond, where 1 in 16 marriages was same-sex.

“As the clerk’s office in an urban locality, we may have been perceived as a welcoming place to get them [marriage licenses] at first,” Jewett said. “But as things have become routine, things have now spread out. The Charlottesville clerk and I still have a friendly disagreement as to which of us issued the first license.”

Although each locality has a different set of forms to obtain a marriage license, most require the applicants to circle bride, groom, spouse 1 or spouse 2.

Virginia Beach has recorded more same-sex marriages — 1,155 — than any other locality. They represent about 1 in 21 marriages performed there.

Tina Sinnen, the Virginia Beach Circuit court clerk, couldn’t cite a specific reason why the coastal city consistently has the highest number of marriages, both same-sex and overall (almost 25,000 over the four years).

“Virginia [Beach] is a beautiful place to get married considering we are a resort city,” Sinnen said. “Possibly my staff is very welcoming and inclusive.”

Of the more than 130 localities in Virginia, only Bland and Highland counties and the city of Manassas Park did not have a single same-sex marriage.

The locality with the highest proportion of same-sex marriages was Buena Vista, a city of 6,240 people nestled in the Blue Ridge Mountains. Of the 201 marriages recorded in Buena Vista from 2014 to 2018, 14 were same-sex. That is 1 in 14, or 7 percent.

Now that same-sex couples represent a growing proportion of marriages in Virginia, will they also constitute a sizable proportion of divorces? Bill Harrison, the president and director of the Richmond-based LBGTQ rights organization Diversity Richmond, doesn’t think so.

“Many gay and lesbian people who are now officially married have already been coupled for many years,” Harrison said. “Chances are they will not divorce. Hopefully that will help the 50% divorce rate set by our heterosexual friends.”