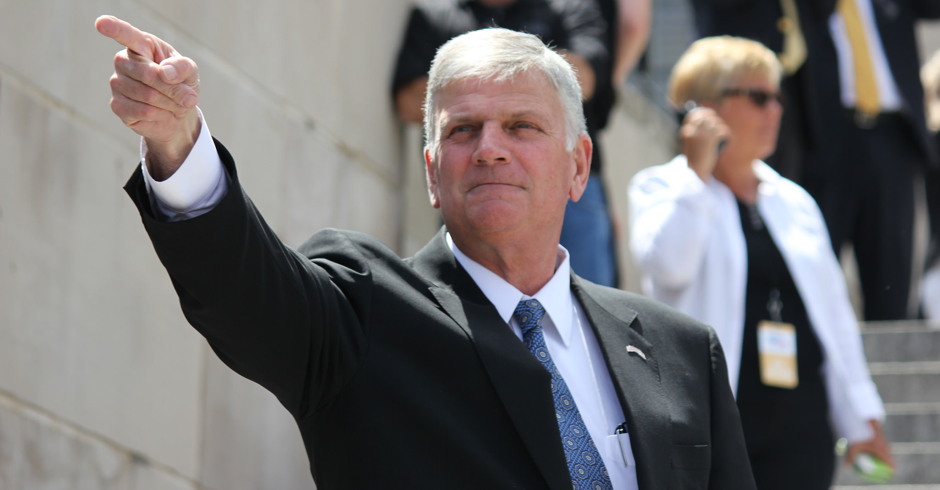 A lot of shrill voices on the right can’t handle the fact that Donald Trump lost the presidential election; if you ask anti-LGBTQ preacher Franklin Graham, Trump’s loss should be blamed on the LGBTQ community.

Franklin Graham unleashed a vitriolic attack against “sinful,” and “extremely dangerous” LGBTQ Democratic voters over the weekend, striking out in apparent rage after it became quite clear that Joe Biden will be the next President of the United States. Graham, who is an unofficial advisor to President Donald Trump and wholly supports him, vented his anger at his favorite target.

“LGBTQ activists within the Democratic Party are pushing their godless, secular agenda with a potential Biden Administration,” Graham declared on Facebook, pointing to a Christian Post article Saturday night.

“If you don’t conform to their ideology, agree with their sinful beliefs, teach what they say is right, they want to close you down,” he said of LGBTQ people, ignoring that the religious right literally created “cancel culture.”

“They will pressure and bully politicians to get their way. It is extremely dangerous if they are permitted to proceed unchecked. If they are allowed free reign, they will go after the accreditation of Christian colleges, then Christian ministries and churches next, to strip them of tax-exempt status and try to force them to operate under policies that go against biblical teaching.”

Graham runs a Christian “ministry,” and any rescission of tax breaks for religious institutions would greatly hurt Graham’s bottom line.

“This is not only an attack on free speech and expression, but also an attack on our religious liberty. The presidential election isn’t finalized yet,” he says, feeding Trump’s lies about the election, “but this shows why who we vote for is so important. We’ve had four years of an administration under President Donald J. Trump that staunchly defends religious freedom, freedom of speech, and the church. We can see that the one who holds the office of President of the United States has tremendous ramifications on our day-to-day lives and for the future of this nation.”

Graham seems to have been set off by the Human Right Campaign’s “Blueprint 2020,” which, in part calls for a Biden Dept. of Education to ensure religious institutions are not allowed to discriminate against LGBTQ people.

The Trump Dept.of Education, under Secretary Betsy DeVos, became a tool to attack LGBTQ students, students of color, the handicapped, and other minority children.

Graham is literally arguing for the “right” of government-accredited schools to discriminate against LGBTQ students and faculty.