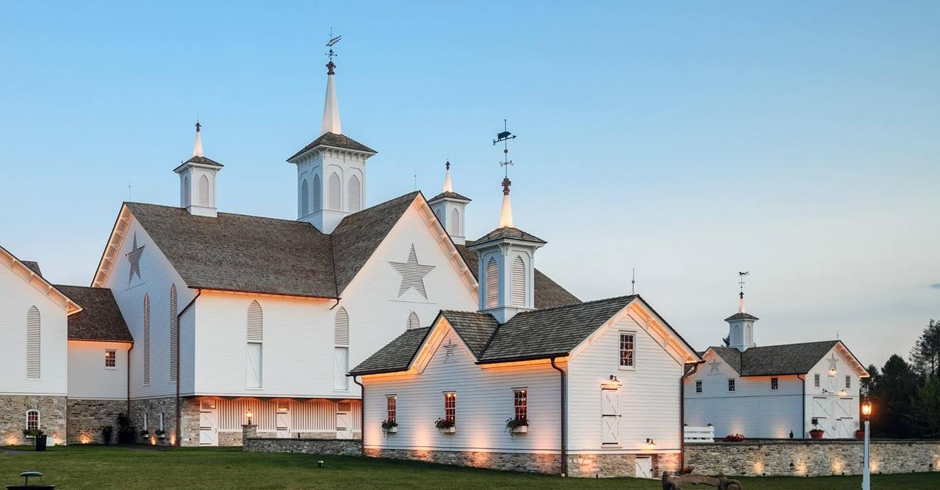 The owners of the beautiful and historic Star Barn, a popular wedding venue in Pennsylvania, have banned same-sex couples from marrying in the restored 1872 building that is listed on the National Register of Historic Places. David and Tierney Abel cite their Christian religious beliefs for discriminating against same-sex couples.

“Stone Gables, which runs both the Star Barn and Ironstone Ranch, has a policy barring reservations to same-gender weddings. Owner David Abel says they go against his religious convictions, which hold that marriage is between a man and a woman,” PennLive reports.

The Abels enlisted the support of their local government and residents, and even used interns from a local college to complete the massive project of buying, disassembling, moving, rebuilding, and restoring the historic Star Barn. An earlier project estimated the cost at $8 million.

It does not appear the Abels ever said they would discriminate against same-sex couples.

“Discrimination is discrimination,” Dinnocenti tells PennLive in the video below. “It’s like hate is hate. Anybody should be allowed to walk in anywhere to purchase anything. That is what a capitalistic society is. When you get the door slammed in your face it’s offensive. It’s wrong. You are saying our money is not as good as the next person’s.”

Meanwhile, David Abel says he does not tolerate discrimination, despite being accused of it.

“No persons will be discriminated against,” Abel told PennLive, “however, we ask people to respect that we have core tenets in our faith and our beliefs, and we cannot participate in any event that would be in contradiction to those core tenets — one of them being marriage, which has been biblically based for thousands of years as being between a man and a woman.”

The Star Barn’s Mission Statement includes this passage: “We provide marriage-related services as ordained by God’s Word, the Holy Bible, that are consistent with the written truth that marriage is the union of one man and one woman.”