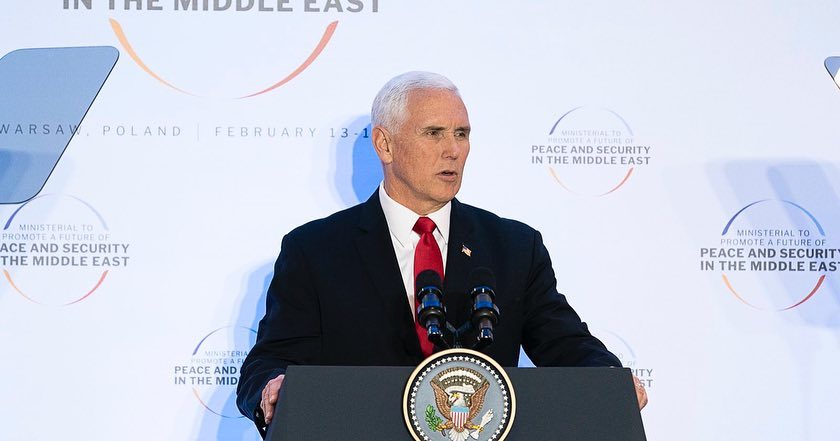 This week, Vice President Pence told an interviewer that people should “spend more time on their knees than on the internet.” Yeah, he really said that.

There are a lot of things that Vice President Mike Pence does not understand, and as his time in public office goes on, it becomes increasingly clear that double entendres are on that list.

The second family continued their reign this week as one of the most hated families in the country, as Second Lady Karen Pence came further under fire for her part-time teaching gig at a notoriously anti-LGBTQ Christian School, the Immanuel Christian School, located in Springfield, VA. The school bans both LGBTQ students and students with LGBTQ parents.

Unsurprisingly, Pence was shocked and confused that anyone would take issue with such an institution, in this day and age of legalized marriage for LGBTQ couples and the battling of basic human rights.

“We honestly didn’t see that one coming. Our kids went to this school,” Pence told the Washington Times, a notoriously conservative newspaper located in the Washington D.C. area.

Naturally the vice president took to prayer to “get his family through this time.” Even more naturally, he was careless with his verbiage and made a response to critics of his wife and family, attempting to encourage them to spend more time in prayer as well.

Except that’s not how he worded it.

“No. 1 is, spend more time on your knees than on the internet,” said Pence. “Forgiveness is a great gift.”

Of course, Pence’s defense throughout the ongoing storm of criticism his wife has received for this teaching gig has been “religious freedom.” Fortunately for us, there’s another freedom Pence seems to care less about: freedom of speech. And no one used their speech to deliver a report better than the queen of wrong-place/right-time, Monica Lewinsky.

Kudos to Lewinsky for taking a cubic zirconium moment and turning it into a diamond.

As for Pence, he might want to hire an interpreter. We’re certainly not applying for the job, though.