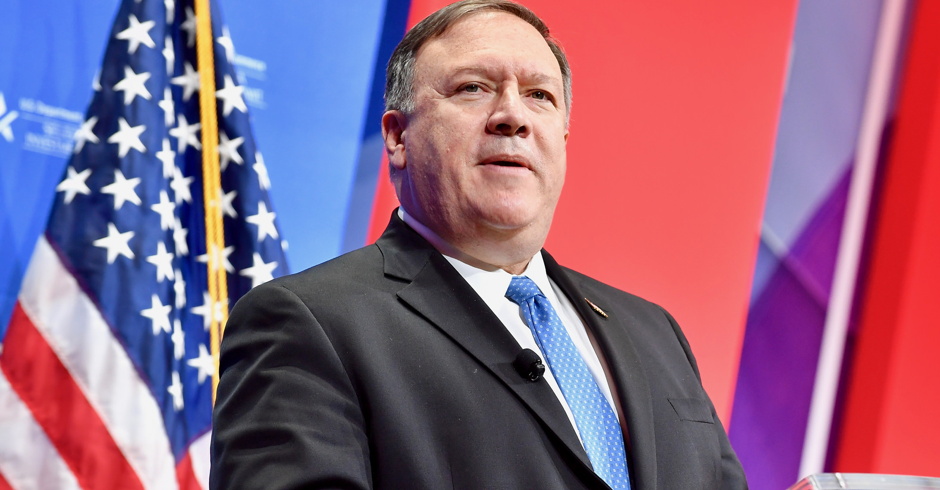 The U.S. State Dept. on Thursday quietly published a notice in the Federal Registerannouncing it creating a new commission to provide “fresh thinking” about “natural law and natural rights,” which is the religious right’s code for anti-LGBTQ.

The “Commission on Unalienable Rights” will “provide fresh thinking about human rights discourse where such discourse has departed from our nation’s founding principles of natural law and natural rights,” the notice states.

Politico reports human rights activists are “surprised,” and “privately said they worry that talk of the ‘nation’s founding principles’ and ‘natural law’ are coded signals of plans to focus less on protecting women and LGBT people.”

In fact, Christian extremists, anti-gay hate groups, and other factions of the religious right often argue against LGBTQ civil rights, including same-sex marriage, as violations of “natural law.”

The newly-formed Commission on Unalienable Rights will directly advise Secretary of State Mike Pompeo. It appears it may be headed by his Director of Policy Planning, Kiron Skinner, whose name appears at the bottom of the notice.

Pompeo is a far right religious extremist who has openly stated the function of politics is to “fight these battles” because there is a “never-ending struggle” until “the rapture,” as The New York Times has reported. He has also said the Bible “informs everything I do.”

Skinner is a highly-accomplished and noted scholar who recently caused an international stir. Professor Skinner at a public forum on national security told attendees that America’s upcoming competition with China would be especially bitter, as Foreign Policy reported, because, she said, “it’s the first time that we will have a great-power competitor that is not Caucasian.”

The Trump administration has a horrific record on human rights here in the U.S. and internationally. At home, Trump has now rolled back or rescinded every protection for transgender people codified under President Barack Obama, including but not limited to evicting transgender Americans from the U.S. Armed Forces. He and has administration are working to remove hard-won protections across the board for LGBTQ people and women. Internationally, the President repeatedly praises and protects dictators who are responsible for the murder of their own people. Just one example: Trump’s claim that he and North Korea’s Kim Jong-un “fell in love.”

But Trump has also prioritized defending, promoting, and even creating special rights for Christian conservatives over U.S. law and over decades of U.S. foreign policy.

The Commission on Unalienable Rights appears to be the next step in the process.