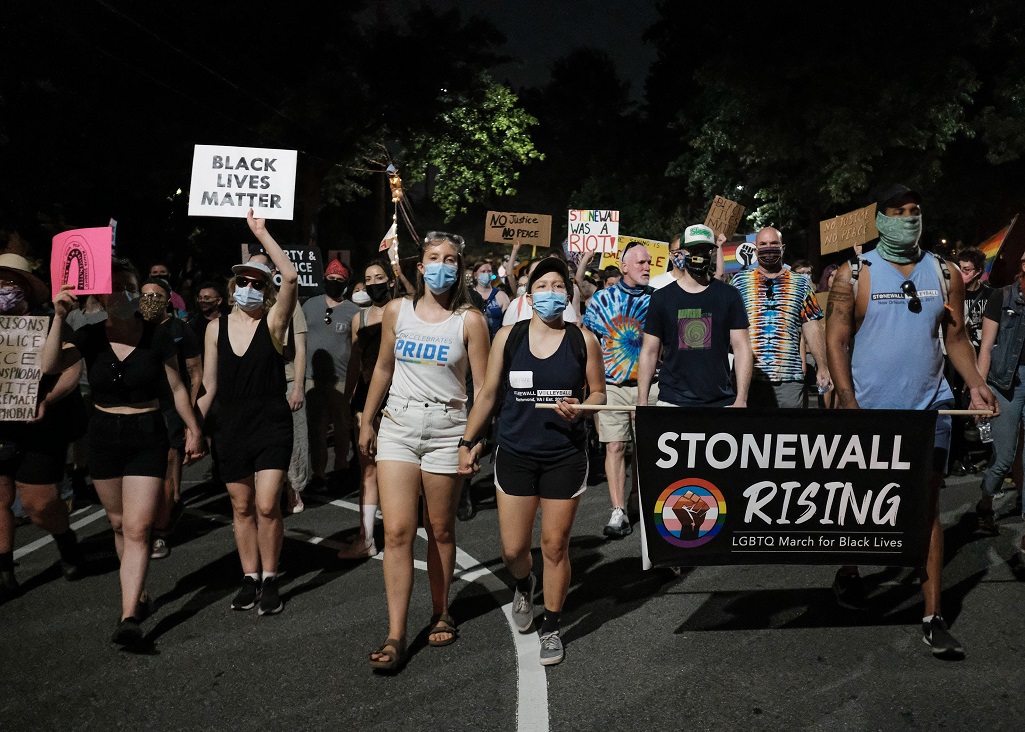 Last weekend’s Stonewall Rising march was an act of solidarity by Richmond’s LGBTQ community, which took this opportunity during Pride Month to march in support of Black lives.

The march began with a gathering at Diversity Richmond on Sherwood Ave, where local LGBTQ activist Rebecca Keel rallied the crowd with a speech about how the LGBTQ rights movement began 51 years earlier — almost to the day — at Stonewall Inn with a riot against police oppression. After a few other speeches, the crowd formed up and began marching toward the Richmond Police Training Academy on Graham Rd, just over a mile away from Diversity Richmond.

The crowd, which numbered at least 1000 at the peak of the protest according to local LGBTQ activist Joseph Papa, carried signs featuring slogans like “Black Trans Lives Matter” and “Pride For Black Lives,” as well as posters depicting Breonna Taylor and Marcus-David Peters. The protest was greeted at the Police Training Academy by a line of police in riot gear, but things remained peaceful. Several leaders spoke to the assembled crowd, including Democratic gubernatorial candidate Jennifer McClellan. Alexsis Rodgers, who is currently running for mayor of Richmond, was also in attendance. The evening ended with a march back to Diversity Richmond.

Here are some photos of the evening’s events, captured by Richmond photographer David Kenedy.