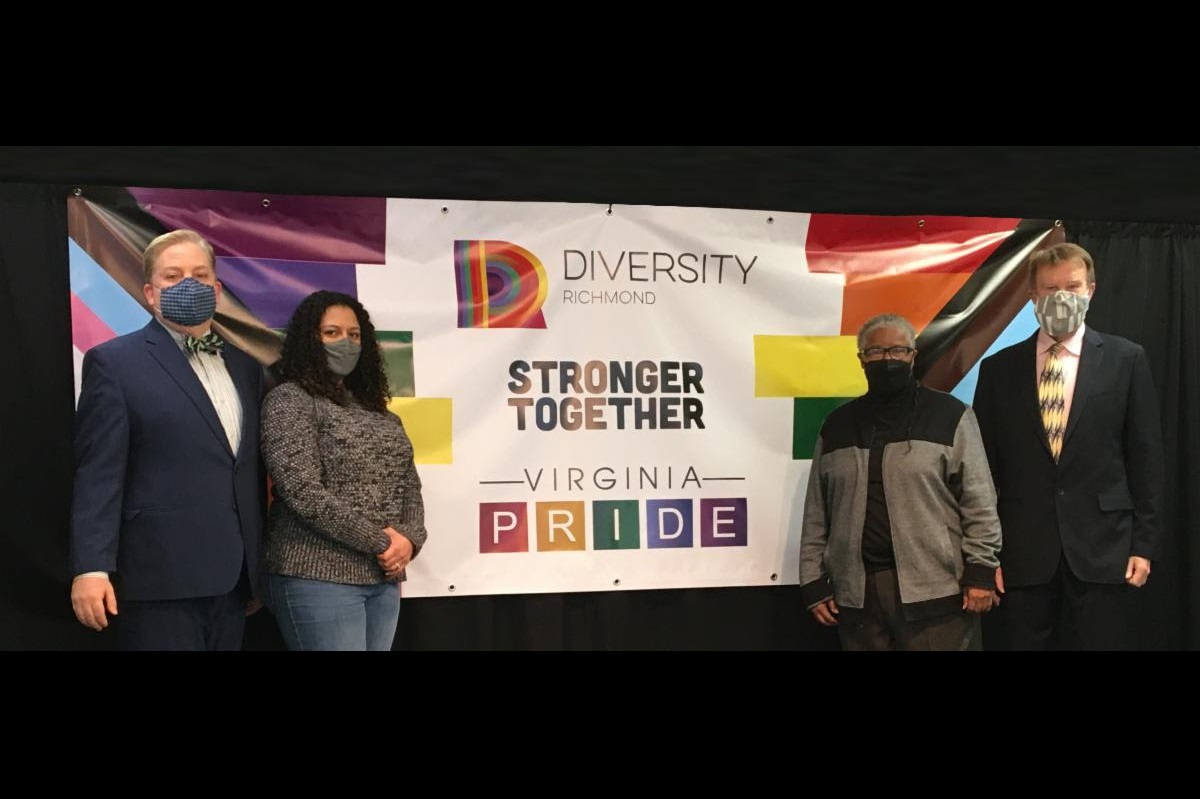 In order to increase their impact in the Richmond Region and the Commonwealth, Diversity Richmond and VA Pride have joined forces and will officially merge on April 1.

On Tuesday, they made it official. February 23 saw the announcement by Diversity Richmond and VA Pride, two of the leading LGBTQ organizations in the state, that they will officially merge into one organization as of April 1. VA Pride will become a program of Diversity Richmond, and will continue to produce its annual PrideFest and other events supporting the Virginia LGBTQ community throughout the year.

One big change resulting from the merger will be a paid, full-time Program Director for VA Pride, which previously operated in an all-volunteer fashion. In the past five years, VA Pride’s budget quintupled and it has continued to increase its work putting on events and advocating for the Virginia LGBTQ community throughout the year. Merging with Diversity Richmond will give the organization a boost in the form of providing staff and organizational structure that will allow Virginia Pride to avoid potential growing pains.

“Virginia Pride enters into this merger with Diversity Richmond at a time when both organizations are thriving,” Virginia Pride President Stephanie Merlo said in a statement. “In recent years, Virginia Pride has experienced exponential growth of our events, including an annual PrideFest that attracts more than 40,000 people, and has seen the significant impact of our advocacy efforts to make the Richmond region a better place for LGBTQ people to live, work, and visit. Merging with Diversity Richmond will ensure we continue to build on our legacy of success.”

Diversity Richmond has also been on a growth streak in recent years. Having distributed more than $1.1 million in grants for LGBTQ and LGBTQ-aligned programs and organizations since its founding, it has really stepped up to the plate since the onset of the COVID-19 pandemic. Since last March, Diversity Richmond has held three food drives, hosted press conferences with Governor Ralph Northam and Richmond Mayor Levar Stoney, and served as a COVID testing site for the Virginia Department of Health.

“By joining forces with Virginia Pride, we hope to take one and one and make three,” Diversity Richmond Board President Luise “Cheezi” Farmer said in a statement. “We are confident that this merger will amplify the impact of the work of our organizations and allow us to better serve not just the LGBTQ community, but the entire Richmond Region.”

“I think it’s great that Virginia Pride and Diversity Richmond are merging,” Zakia McKensey, Founder of Nationz Foundation, said in a statement. “They are two of the most visible and respected LGBTQ organizations in Richmond and I think that our community will be very well served by them working together.”

James Millner, who has held multiple leadership positions with Virginia Pride and is currently the interim Executive Director, will transition to the role of Virginia Pride Program Director once the merger is complete. “This new structure will allow our volunteer leadership to have the support of full-time staff, and will ensure that we are able to continue to produce the fantastic events and provide the support to our community that we are known for,” Millner said in a statement.

“I remember when the first pride festival was held in Richmond 42 years ago when 75 people attended,” Bill Harrison, President and Executive Director of Diversity Richmond, said in a statement. “If you had told me then that one day we would have 40,000 people at Pridefest, I’d have laughed. But, here we are. What Virginia Pride has accomplished as an all-volunteer organization is astonishing to me. Diversity Richmond is honored that we have this opportunity to provide the support they need to continue their incredible trajectory.”

“Diversity Richmond and VA Pride see this as an opportunity to combine our resources and talent to better serve the LGBTQ and allied communities,” said Millner. “We believe, simply, that we will be stronger together.”