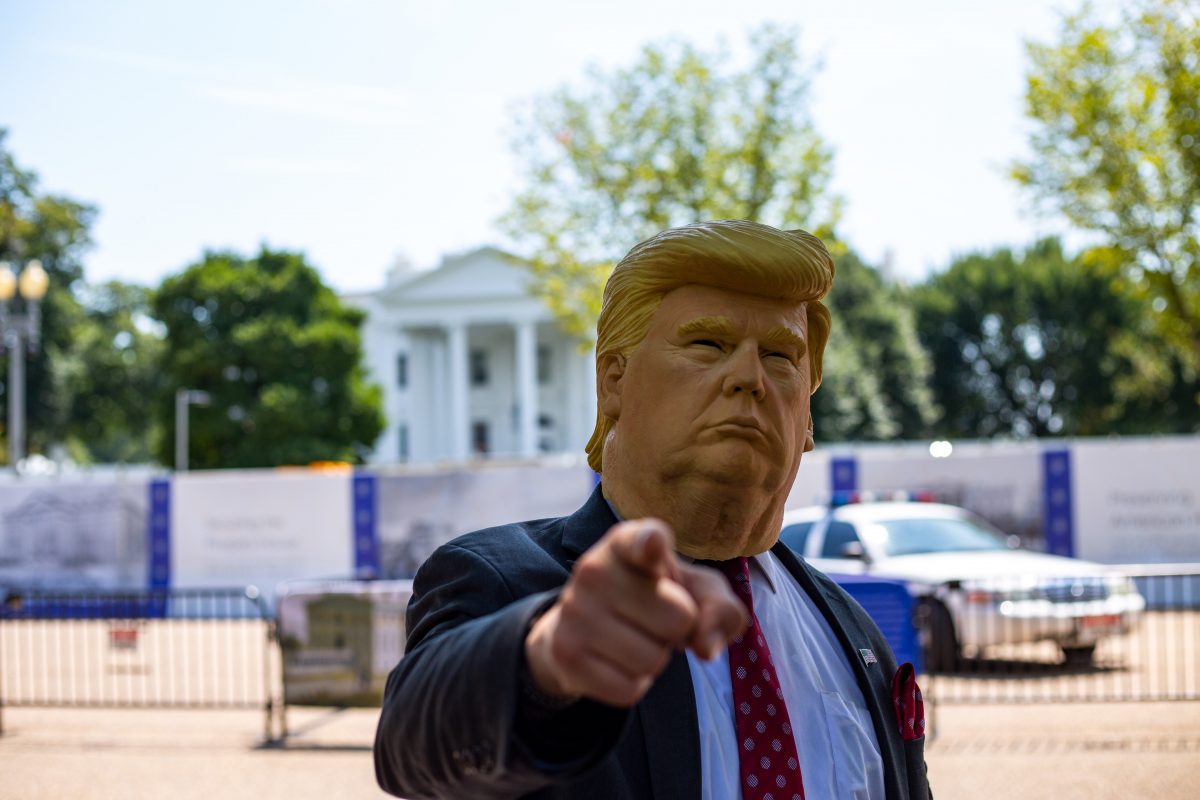 The Amazon Trail: Please Understand How Much Danger We Are In

This month in her Amazon Trail column, Lee Lynch tells us all to keep “throwing the bums out” foremost in our minds during this election season.

My sailor friend e-mailed me last night. She had just gotten home from her women’s group, where they discussed the fears engendered by the state of our nation. Only they didn’t use the term “state of our nation,” they used the word “coup.”

Another friend writes a valuable WordPress blog titled “Nel’s New Day.” Ever since the presidential election of 2016 she’s been, almost daily, gathering information about the person she calls DDT, or, Dictator Donald Trump.

Dictator? Coup? Are they talking about the United States of America?

Coup is a word that goes back to 1572 in its usage as coup d’état, according to Merriam Webster. Their definition of coup is “a brilliant, sudden, and usually highly successful stroke or act.” While the outcome of the 2016 election was not brilliant in the least, it was sudden and is still coming at us like a freight train with failing brakes.

Rachel Maddow, on her TV show, unearthed a brief essay by Masha Gessen from the November 11, 2016 issue of the “New York Review of Books.” Gessen is a Russian American journalist and LGBTQ activist who suggested an alternative concession speech Clinton might have offered. Gessen warned us about dangers to watch for once our own “autocrat-elect” took office, based largely on Gessen’s experience of living under the Putin regime.

She wrote, and explained with unsurprising prescience, the following: “Rule #1: Believe the autocrat. He means what he says. Rule #2: Do not be taken in by small signs of normality. Rule #3: Institutions will not save you. Rule #4: Be outraged. Rule #5: Don’t make compromises. Rule #6: Remember the future. Nothing lasts forever.”

In particular, too many people have given Mister Trump, once in office, the benefit of the doubt. Small signs of normality, to our naturally hopeful American hearts, have delayed the comeuppance he needs. Today, for example, the attorney general appointed by Mister Trump, complained about “presidential” tweets interfering with his ability to do his job. Not long afterward, the Republican Senate, under Mitch McConnell, actually voted to limit a president’s war powers regarding Iran.

Didn’t that make a scrap of hope float by like ash in the wind?

Our laws, our constitution, our regulatory departments, our military — our very sense of fairness — have been all too successfully attacked by an administration with the ethics and the blood lust of an invasive Florida python. How can we believe you, A.G. Barr, when you’ve been toady to a totalitarian? How can we trust that the senators who couldn’t find a compelling need to impeach Mister Trump have suddenly seen the danger of this illegally elected tyrant?

I may only have the power of my vote, but at least I’m on our side.

Author Renee Bess first brought the question of Michael Bloomberg’s viability as a presidential candidate to my attention in a Facebook post. An NPR podcast suggested that choosing a billionaire to fight another billionaire would at least be fighting fire with fire.

We have other options. Amy Klobuchar belongs to a Christian church that has not only been LGBTQ-friendly since the 1970s, but a true ally. Elizabeth Warren is strong feminist and an upstanding defender of economic equality. Mayor Pete has a fresh mind smart enough to know what he doesn’t know and to appoint advisors, not sycophants, to guide him. I would trust an old white Democratic Socialist to make a dent in turning our country around. If primary voters get behind the seemingly reasonable Tom Steyer, let’s go for it.

I regret losing the talents and skills of candidates of color Andrew Yang, Kamala Harris, and Cory Booker. To me, the bottom line of Mister Trump’s election was racism. The so-called browning of America terrifies many citizens. Xenophobia is just another word for it. This nation can’t be a melting pot, an attribute of which we were once proud, without adding a variety of ingredients. I worry more about overpopulation worldwide than accepting immigrants. About corporations that possess the rights of human beings more than blending skin colors.

Point being, we cannot afford to take stands like: no more old white men, Bernie or Bust, gays against Pete, or to protest the selection of candidates by declining to vote at all. That’s cost us our Democracy.

Not only do we have to hold back the tide of FOX-schooled Trumpers and foreign and domestic election rigging, we need to look within our own pro-democracy and progressive ranks, quit the quibbling, and create a unified voting bloc that will say no forever to autocracy and wanna-be dictators.

Let’s undo this coup before our institutions completely crumble at our fussy little feet. If we can. Gessen said in an interview that she read the Mueller Report as a story of “swindlers and hustlers and con men.”

I suspect the sailor, the blogger, Renee Bess, Rachel Maddow, and Masha Gessen might agree that our first priority must be: “Throw the bums out.” 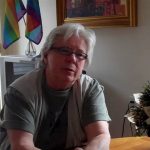