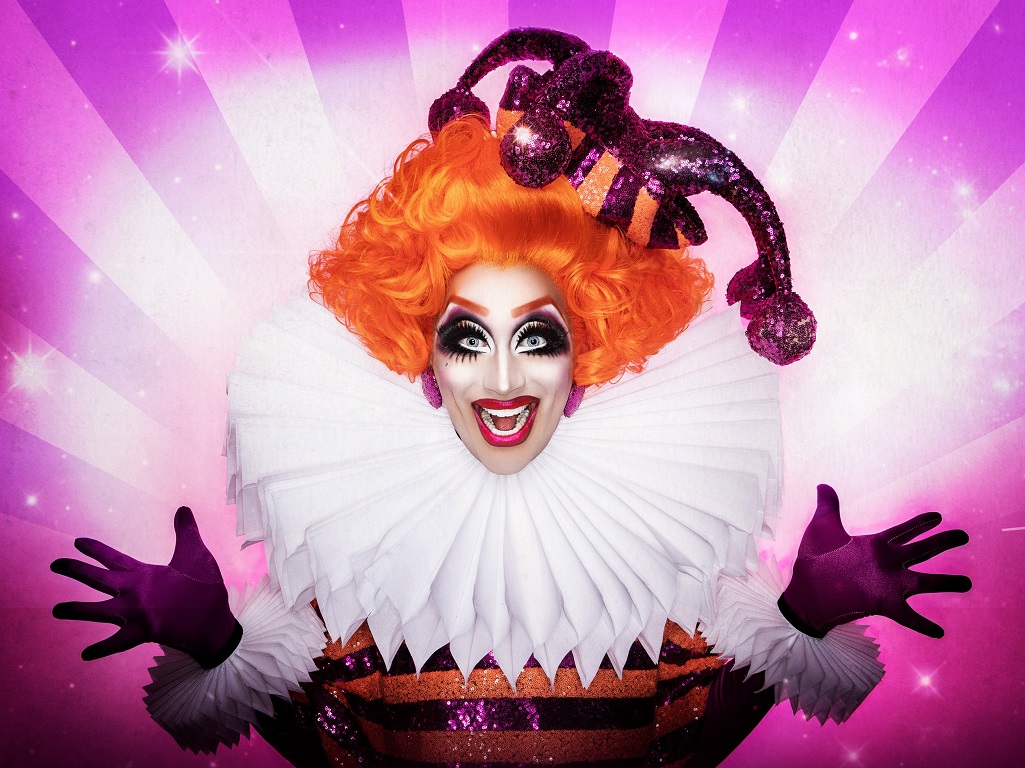 The Clown Queen of Drag Lands in Richmond This Week

Bianca Del Rio brings her It’s Jester Joke to The National this Thursday. You Drag Race lovers out there have no choice but to stan.

Fall 2019 has been nothing if not a badass time to be a clown. Pennywise has brought in bank at the box office around the world, Joker is funneling award buzz in the first full week that it has been out, and now the crowned clown queen of drag is making her way back to the River City.

You read that correctly, my fellow Drag Racers. Bianca Del Rio is coming back to The National this Thursday as part of her It’s Jester Joke tour. Rio, whose real name is Roy Haylock, originally got her start as a costume designer before finding worldwide fame as the winner of the sixth season of RuPaul’s Drag Race on Logo. Rio has undoubtedly done a lot since then, but wherever she goes one thing remains the same – the Drag Race fanbase has remained nothing but positive and supportive for her and the other queens, especially in Richmond.

“You go where the people are [and] you people have been good to me,” said Rio. “It just seems to work out that I’m [in Richmond] each time I tour, and for me any time a [city] is that welcoming, sign me up.”

It has been ten years since her season of Drag Race aired and much like time, drag has continued to evolve and change. Not only the art itself, but also the public’s perception and depiction of it in popular culture, has evolved as time has progressed. Rio is excited to see where it goes.

“I pray its working its way into mainstream, but like anything in our society, things come and go,” said Rio. “I think people look forward to entertainment, and I’m glad to see that the show is winning Emmys and getting recognized. When I started out, you had to find drag queens in a bar or a cabaret theater. Very few were successful, like Jim Bailey or Charles Pierce, so it’s exciting to see it evolve as it has.”

It’s hard to ignore that drag and RuPaul’s Drag Race are actually everywhere, a part of everyone’s vernacular, from the show itself to individual queens such as Alyssa Edwards and Trixie Mattel coming out with makeup lines with high profile names like Anastasia Beverly Bills and SugarPill, respectively. The high profile of Rio’s tour is yet another piece of the overall success. It’s a long, far cry from our VHS copies of The Birdcage and now-cringey episodes of Will and Grace, for sure.

But is drag having a moment right now? I think so, and Rio is definitely on board with me, especially when we try to imagine a world with any kind of art or entertainment that has never been touched by an LGBTQ person. How tragic.

“Try to put someting on without a gay person, without a drag queen,” said Rio. “But to be fair, a huge credit goes to Drag Race because it showcases people and makes it accessible to the average person. I think [people] start to see the differences in our community and that we’re not so threatening, and this is our uniform.”

Part of the reason why Rio is so unanimously popular among the Drag Race fandom, and outside of it, is undeniably her sense of humor. Her approach is unapologetic, dry, and painfully honest. However, when we think of the most popular buzz phrase of our culture right now – cancel culture – I had to ask. Has she ever regretted any jokes she has done?

That gets a hard no.

“Absolutely not,” said Rio. “The minute you start apologizing or deflecting from what a joke is and what makes you funny is when you lose credibility. Everyone may not agree with you, and that is okay, and you can still live your life and function.”

Rio is no stranger to Richmond, and her fans are anxiously awaiting the Queen Jester’s arrival in Richmond. Her shows are undeniably unique, but what if you have never experienced one before? She has very simple advice that also acts as pretty straightforward general life advice.

“Expect the unexpected, have a glass, and unwind,” said Rio.

Bianca Del Rio’s “It’s Jester Joke” tour comes to The National this Thursday, October 17th at 8p. Tickets are $39.50 and can be purchased at The National’s website.

Ash is a writer and improviser from Richmond. She has a BA in English from VCU and an associates in Theater. When she isn't writing or screaming on a stage, she can usually be found wherever the coffee is. Bill Murray is her favorite person along with her black cat, Bruce.
Topics: Bianca Del Rio, drag, It's Jester Joke, rupauls drag race, The National