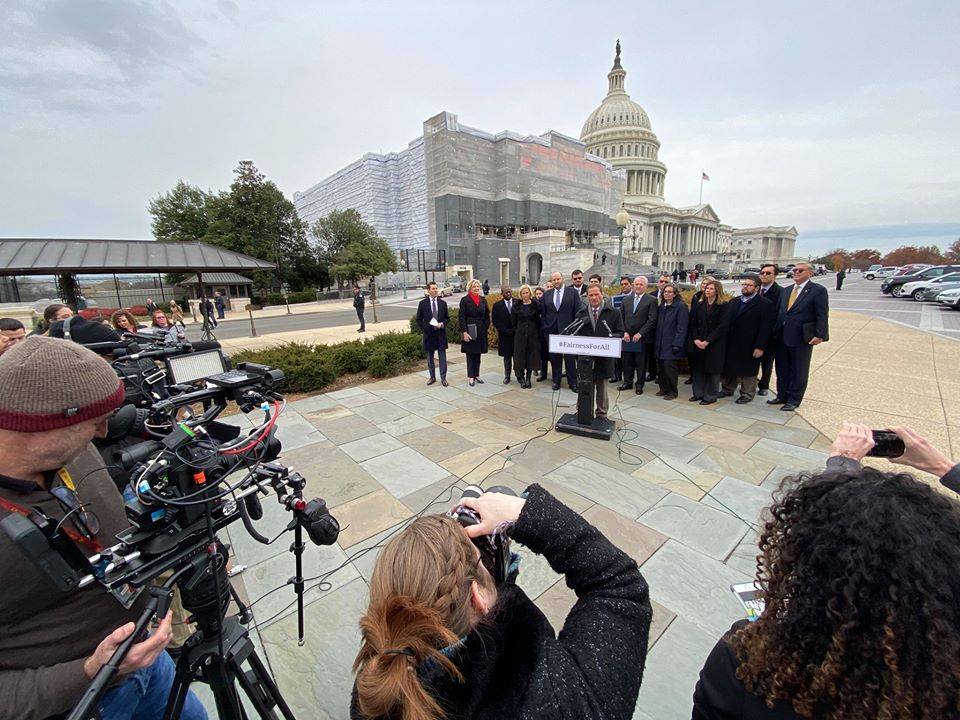 The Fairness For All Act: Why Does A Supposedly Pro-LGBTQ Bill Face Such Fervent LGBTQ Opposition?

Last Friday, Utah Republican Congressman Chris Stewart introduced a new bill in the House Of Representatives. Entitled the Fairness For All Act, the bill seeks to ban discrimination against LGBTQ people in employment, housing, education, and public accomodations. However, the same day it was released, the Human Rights Campaign (HRC) posted an article on their blog entitled “The Fairness For All Act is an Affront to Existing Civil Rights Protections.” If your first thought is, “Wait, what?” you’re certainly not alone.

However, examination of the fine print contained in the Fairness For All Act, as well as the context in which was introduced, starts to make all of this much clearer. And as it turns out, HRC is right, as they so often are.

The Equality Act, which enjoys widespread popular support as well as the support of LGBTQ advocates, has not been able to gain traction in the Republican-controlled US Senate. And now Stewart’s Fairness For All Act is being presented as a more acceptable alternative, one that could potentially gain bipartisan support and enshrine LGBTQ anti-discrimination protections into our country’s law.

However, the Fairness For All Act, while adding the same sort of protections to federal law that the Equality Act would ensure, carves out a significant exception for religious organizations, as well as allowing small businesses like the infamous anti-LGBTQ wedding cake bakers to engage in discrimination against LGBTQ people on the basis of religious freedom. The act would not curtail any aspect of the Religious Freedom Restoration Act and would allow religious higher education facilities like Brigham Young University to retain tax-exempt status despite vocally opposing marriage equality.

Another way in which the act would allow for anti-LGBTQ discrimination, according to the Washington Blade, is its requirement that a business must have “15 or more employees for each working day in each of 20 or more calendar weeks in the current or preceding calendar year” before anti-LGBTQ discrimination prohibitions apply. That means you can still be discriminated against legally in any business that has 14 or less employees; for example, if you need your car repaired, the fact that the average repair shop has around five full-time employees means that you’re likely to be at the mercy of the notoriously right-wing car industry, which would be well within its rights to offer you higher rates or substandard repair due to your sexual orientation or gender identity.

Yet another way is in its exemption of religiously-affiliated adoption agencies, thereby allowing organizations who only wish to allow adoption by hetero couples to continue refusing adoptions by same-sex couples.

Backers of the Fairness For All Act include the Mormon church, as well as several other religious organizations and the editorial page of the conservative Washington Examiner. “I’m excited about the solutions that are embodied in the legislation, because I think that those are the exact ideas that we’re going to need to pass federal civil rights for LGBTQ people,” Tyler Deaton, senior adviser at the American Unity Fund, told Vox.

In the statement, the groups called the Fairness For All Act “an affront to existing civil rights protections that protect people on the basis of race, sex, and religion and creates new, substandard protections for LGBTQ people with massive loopholes and carve-outs, and upends critical federal programs that serve children in need.” They also argued that “Our nation’s existing civil rights framework already strikes the right balance when it comes to the government’s interest in protecting religious freedom and advancing nondiscrimination, and it is wrong to put into law a different system of protections for LGBTQ people and their families. This legislation would create a “double whammy” for anyone at the intersection of multiple marginalized identities: a Black lesbian or Transgender Jewish woman, for example, could see many of her existing rights erased or rolled back, ostensibly to protect her.”

Of course, quite a few conservative groups hate the Fairness For All Act too, including the Heritage Foundation, who say the bill does not “promote the common good,” according to Vox. If anything, this proves that weakening our own rights in order to placate the conservatives of the country will gain us little in the eyes of many who are dead set on opposing our civil rights. Therefore, if we’re going to push for anything, it seems worthwhile to push for legislation that protects LGBTQ people in as many situations as possible, rather than accepting a watered-down compromise that will leave us open to quite a bit of discrimination even if it is signed into law by Donald Trump.

Top Photo: Chris Stewart’s press conference announcing the Fairness For All Act, via the Seventh Day Adventist Church of America/Twitter