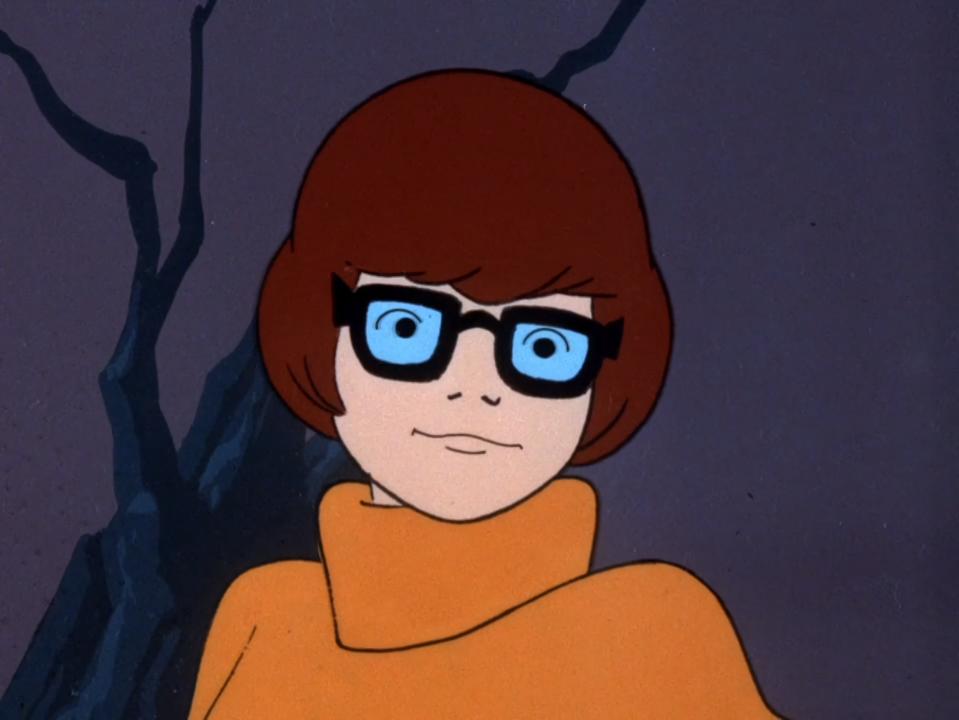 Velma of the Scooby-Doo Gang Is Finally Out

A decade after producers and directors of the Scooby-Doo franchise tried to make our brainy, bespectacled favorite’s sexual orientation clear, producer Tony Cervone has officially confirmed it: Velma is gay.

Like many of us, I grew up being a big fan of the Scooby-Doo cartoons. And while I don’t know about anyone else, the character that always felt most relatable to me was Velma Dinkley. She rocked the sort of nerdy-cute look I aspired to as a child, her pleated miniskirts and bobbed hair contrasting nicely with her fluffy turtlenecks and the horn-rimmed glasses she was blind without. What’s more, her intelligence was a huge asset for the gang in their attempts to solve mysteries in one dead-end town after another; without Velma looking up from a dusty old tome and exclaiming “Jinkies!” a lot of those creepy old men would have gotten away with it, too.

But as a kid, it never occurred to me that a nerdy obsession with books wasn’t the only thing Velma and I had in common. However, as of late June, it’s been officially confirmed by a number of Scooby-Doo producers: Velma is gay.

“I’ve said this before, but Velma in Mystery Incorporated is not bi. She’s gay,” Scooby-Doo! Mystery Incorporated supervising producer Tony Cervone said on Instagram late last month. Meanwhile, over on Twitter, James Gunn, who wrote the 2002 live-action Scooby-Doo film as well as its 2004 sequel, made clear that he’d tried to make Velma explicitly gay nearly 20 years ago.

“I tried!” Gunn said on Twitter. “In 2001 Velma was explicitly gay in my initial script. But the studio just kept watering it down & watering it down, becoming ambiguous (the version shot), then nothing (the released version) & finally having a boyfriend (the sequel).”

The totally-inappropriate-boyfriend issue came up for Cervone during Mystery Incorporated as well. “We always planned on Velma acting a little off and out of character while she was dating Shaggy because that relationship was wrong for her and she had unspoken difficulty with the why,” Cervone said on Instagram. He explained that Velma’s science fair rival and occasional mystery-solving partner, Marcie Fleach, was intended to be Velma’s love interest, and that by the end of the series’ final episode, the two were officially a couple.

“There are hints about the why in that episode with the mermaid, and if you follow the entire Marcie arc it seems as clear as we could make it 10 years ago,” Cervone said. “I don’t think Marcie and Velma had time to act on their feelings during the main timeline, but post reset, they are a couple. You can not like it, but this was our intention.”

I, for one, love it. I will admit that, as a confirmed Old Lady, I know nothing about the post-1980s Scooby-Doo timeline — for me, the original late 60s episodes of Scooby-Doo, Where Are You!, in which the gang defeated corrupt cops and villainous property developers disguised as supernatural monsters like The Creeper or The Black Knight, are the real deal. But thinking about the characters’ interpersonal relationships never occurred to me when I was growing up. I was always more concerned with figuring out whether the gang were actually in a band together, or what. (In fact, according to wikipedia, that was the original plan!)

That said, finding out that I have even more in common with Velma, the Scooby-Doo character I always identified with, is a real delight. And thanks to Cervone and Gunn making their original intentions clear, this might just mean that other little queer nerd girls will grow up feeling a little bit more like they have a place in the world. You know, solving mysteries and touring the midwest with their band. As one does.

Top Image: from Scooby-Doo, Where Are You!, via Hanna-Barbera