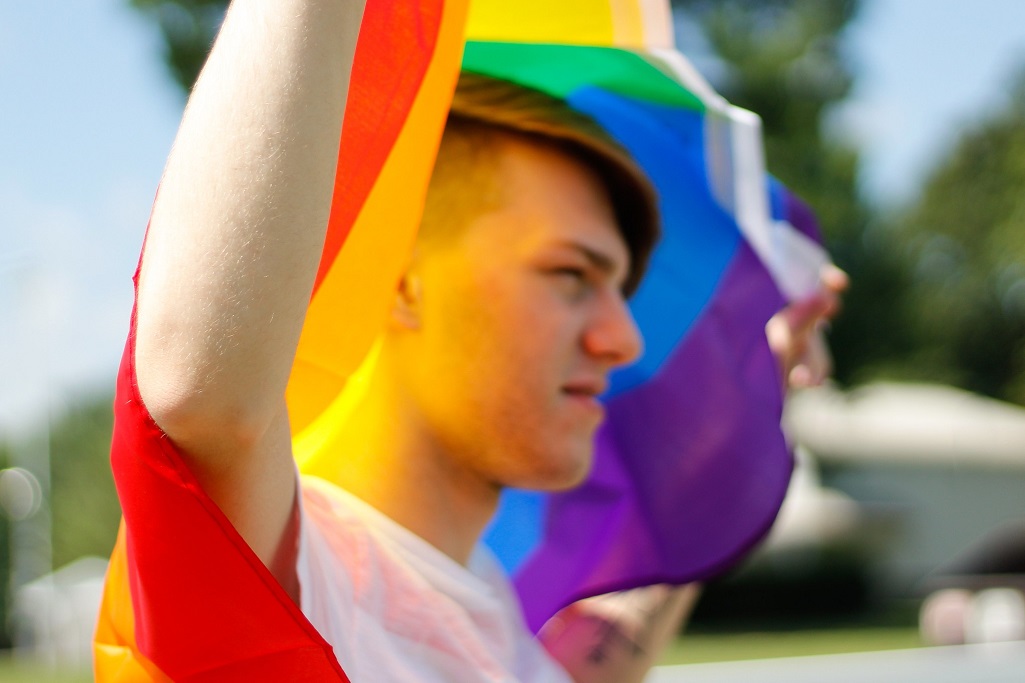 This year’s General Assembly session, the second in which Virginia’s legislative body has been under Democratic control, saw further improvements over last year’s already outstanding push for LGBTQ equality.

Lawmakers tackled LGBTQ inequity in criminal justice and health care, reforming laws that advocates said were rooted in discrimination and could block access to needed services. An advisory board will be established to continue Virginia’s work with the LGBTQ community.

Though some key legislation failed, advocates said the state is moving forward.

“Virginia continues to be a safer and more welcoming place for LGBTQ people and their families,” said Vee Lamneck, executive director of Equality Virginia, a nonprofit that advocates for LGBTQ people. “This is the second year in a row that we have seen significant life-changing legislation passed.”

House Bill 1805 was introduced by Del. Dawn Adams, D-Richmond, to help ensure “that LGBT older people and people who are older living with HIV don’t fall through the cracks.”

The bill expands on the federal Older Americans Act and calls on the state’s Department of Aging and Rehabilitative Services to prioritize older persons with significant social and economic needs.

The bill defines economic needs as being at or below the poverty line. Social needs are caused by noneconomic factors such as physical disability, including HIV, or mental disability, the bill states. Social needs can arise from isolation, including isolation related to a history of discrimination. Such factors include language barriers, race, gender identity, gender expression or sexual orientation which affect an individual’s ability to perform daily tasks or threaten their capacity to live independently.

“Sometimes having faced lifelong stigma and discrimination, sometimes at the hands of government and other providers, means that these populations have trouble accessing the assistance they need as they grow older,” Adams said.

Adams said she has experienced discrimination as an LGBTQ individual, and she has witnessed it as a health care provider.

“What I can tell you as a 56-year-old lesbian, is that I am still shrouded in shame,” Adams said during a January committee meeting. “When I would go to the doctor 10 years ago, I would leave in tears.”

Lamneck, who spoke in support of the bill, said there is a trend across the country and in Virginia of LGBTQ older persons “going back into the closet as they age because they are afraid of being mistreated.” Some LGBTQ individuals hide their sexual orientation when entering an assisted living facility, Lamneck said.

“We see LGBT older adults not accessing programs and services like Meals on Wheels,” Lamneck said. “Then Black and Latinx LGBT adults experience even higher marginalization resulting in even lower access to these services than white LGBT older adults.”

HB 2132 introduced by Del. Danica Roem, D-Manassas, bans the use of a “gay panic defense” in cases where a defendant attacks a person for being a member of the LGBTQ community. The defense has been used in several Virginia cases, most recently in 2011. The defense was also used, albeit unsuccessfully, in the 1998 Matthew Shepard case.

“LGBTQ+ people are being violently harmed and viciously murdered simply because of who we are, and the noxious LGBTQ ‘panic’ defense allows attackers to escape the criminal sentences that would otherwise be imposed on them,” Wes Bizzell, president of the National LGBT Bar Association, stated in a press release.

Virginia is the 12th state to pass legislation that bans this defense, according to the policy organization Movement Advancement Project. The defense is also banned in the District of Columbia.

SB 1138, sponsored by Sens. Mamie Locke, D-Hampton and Jennifer McClellan, D-Richmond, repealed the crime of donating blood, organs and tissue by those who have HIV. Donors must be in compliance with the HIV Organ Policy Equity Act. The measure also removes HIV, AIDS, syphilis and hepatitis B from the list of infectious biological substances under the current infected sexual battery law, opting to use the language “sexually transmitted infection.”

The bill sought to reduce the felony charge of infected sexual battery for people who engage in risky sexual activity after testing positive for a sexually transmitted infection. The crime is punishable by a Class 6 felony, which carries a punishment of no more than five years in prison or a $2,500 fine. The Senate voted to lower the Class 6 felony to a Class 1 misdemeanor. The House rejected this and the final bill was passed with the felony penalty intact.

Organizations such as Equality Virginia and Ending Criminalization of HIV and Overincarceration in Virginia, known as ECHO VA, petitioned Northam to amend the bill and remove the felony penalty.

HIV discriminatory laws have historically been used to single out members of the LGBTQ community since the beginning of the epidemic when the virus was known as the “gay plague,” according to Avert, the national HIV and AIDS research organization. These laws have also resulted in a stigma against those living with HIV, regardless of sexual orientation.

HB 2130, introduced by Del. Alfonso Lopez, D-Arlington, creates a Virginia LGBTQ + Advisory Board in the executive branch of state government. The executive board will advise the governor on the economic, professional, cultural, educational and governmental links between the commonwealth and the LGBTQ community.

The 26-member board is modeled after the existing Latino Advisory and Asian Advisory boards, Lopez said. The governor will appoint 21 non-legislative citizens to the board; at least 15 of the members shall identify as LGBTQ.

“In just the last decade, Virginians ended marriage inequality, passed legislation that banned anti-LGBTQ discrimination in housing and employment, and won the right to get licenses and IDs with a nonbinary gender marker, but there’s still work to do,” Lopez said to members of the House in January.

House Joint Resolution 582, introduced by Lopez and Del. Mark Sickles, D-Fairfax, repealed outdated language in the state code that was invalid as a result of the 2015 U.S. Supreme Court decision in Obergefell v. Hodges. Virginia’s current law defines marriage as a union between only one man and one woman.

Senate Joint Resolution 270 is complementary to HJ 582. The resolution redefines marriage as a fundamental right, rather than a union between only one man and one woman.

Several LGBTQ-centric bills were introduced this session that did not make it to the governor’s desk.

Del. Mark Levine, D-Alexandria, introduced HB 1932, to keep foster and adoption agencies from refusing to place children in LGBTQ homes because of religious or moral convictions or policies. Agencies who refuse LGBTQ couples are protected from legal consequences under the state’s “conscience clause.” This law applies to private and state-licensed agencies.

Virginia funds foster and adoption agencies despite the conscience clause. A similar law exists in other states where federally-funded agencies can deny same-sex couples and non-Christian couples. Levine said the state should not be required to fund these organizations and that if an agency discriminates, they should “do it on their own dime.”

“It basically tells kids ‘you’re unwanted, you’re unloved, you’re not good enough,’” Levine said. “It just consigns people to this hierarchy of ‘straight is better than gay’ whether it’s the kids or the parents.”

Adoption agencies are not required to note on their website or any other forum whether they do not place children with certain families.

“If you’re actively practicing religious discrimination, list it,” Levine said. “At least tell the public what you do.”

The House narrowly passed the bill, but it was left in a Senate subcommittee.

Levine’s bill to expand the definition of bias-based profiling to include sexual orientation and gender identity also narrowly passed the House but faltered in the Senate. Bias-based profiling is when a police officer takes action solely based on an individual’s real or perceived race, age, ethnicity or gender.

HB 1948 required officers to report certain behavior among officers. Any officer who discriminated against or witnessed another officer discriminate against any individual without reporting it would be subjected to disciplinary action. The original bill also required on-duty law enforcement officers who witnessed a person suffering from a bodily injury or life-threatening condition to provide immediate aid.

Sen. Ghazala Hashmi, D-Chesterfield, introduced SB 1203, to expand the definition of hate crimes to include crimes against people based on perception.

Lamneck said expanding the categories within the hate crimes law will ensure diverse members of the community are protected and that those who commit violent crimes are held appropriately responsible.

Opponents of the bill said it was too broad and could be misused. The bill died in committee when four Democratic legislators crossed party lines to vote against it.

Hashmi and Levine will consider reintroducing their failed bills next session.

Lamneck said Equality Virginia will host an event this spring or summer to hear from the community about legislative priorities for the next session.