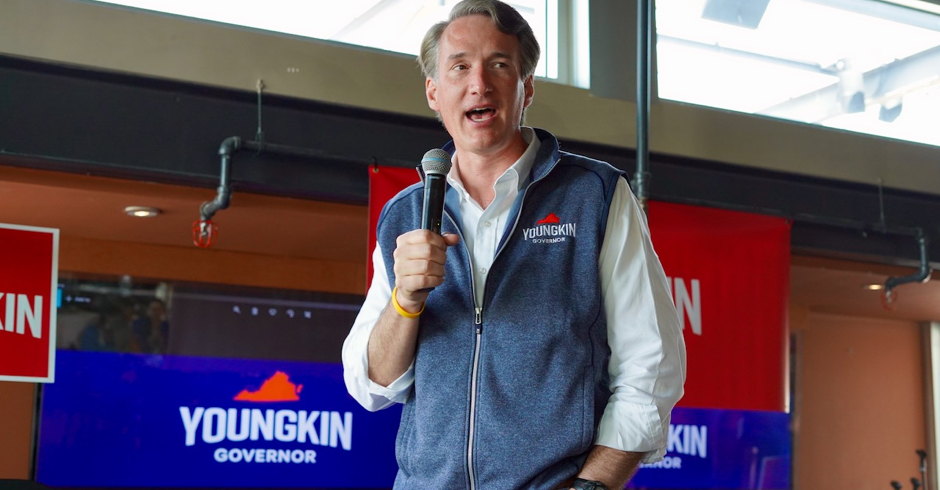 A verified social media account for Glenn Youngkin‘s campaign “team” has attacked a high school student who posted a tweet critical of the Virginia Republican Governor.

Ethan Lynne appears to be a politically-active high school senior whose bio says he is a Democrat. Pinned to the top of his page is a 2020 tweet with a photo of him and Dr. Jill Biden, now the First Lady.

Dr. Biden, it was an honor to get to meet you. Say hi to Joe for me!!! pic.twitter.com/gokdXEPmcl

On Saturday he posted a tweet, then linked to an NPR report supporting his claim.

“The historian tasked with teaching about slavery at the Virginia Governors Mansion just resigned after finding the Youngkins converted her classroom into a family room – and emptied her office. Shameful,” Lynne tweeted.

Youngkin’s “team” attacked the teen, posting a photo of him with Youngkin’s predecessor, Ralph Northam, while digging up the Democratic Governor’s blackface scandal.

All Lynne did was tweet what NPR had reported, and called it “shameful.”

NPR later updated their story to say Youngkin’s spokesperson is “noting that the space is not used for that purpose.”

Lynne even tweeted out the reporter’s correction:

Update: It appears the “family” room thing is TBD, still looks as though her office was emptied however….. https://t.co/lkNAm23Rcy

On Sunday Youngkin campaign spokesperson Matt Wolking told The Washington Post Lynne is a “Democrat Party official,” in an attempt to defend the tweet. Lynne is not, but even if he were, he is still a minor.

Team Youngkin, the name of the Virginia Governor’s campaign account, told the Post via text, “It was brought to [our] attention that this Democrat Party official repeatedly elevated by Senator Louise Lucas as a source of official Democrat Party communications is actually a minor, so the tweet was removed.”

Team Youngkin posted the above tweet, and hours later even retweeted it despite growing outrage on the social media platform, including from local Democratic lawmakers, and other figures.

At some point early Sunday the tweet was removed.

As Lynne later wrote on Twitter, neither the governor (who is his governor), nor Youngkin’s campaign offered any apology or even contacted him in any way.

Perhaps ironically, Youngkin made a big deal out of making his first cabinet appointment his Secretary of Education. Many believe the right-wing political newcomer won the election after his Democratic challenger said: “I don’t think parents should be telling schools what they should teach.”

The Post on Sunday noted that “Youngkin ran for office as a sunny, basketball-dad-next-door figure who promised to transcend political divisions even as he stoked culture wars related to K-12 education. ‘Love your neighbor,’ he recently urged Virginians after a Page County mother, emboldened by the governor’s order to make masks in schools optional, threatened to show up with loaded guns if her local school board continued its mask mandate.”