10 Great Christmas Albums Not On The Grid - RVA Mag 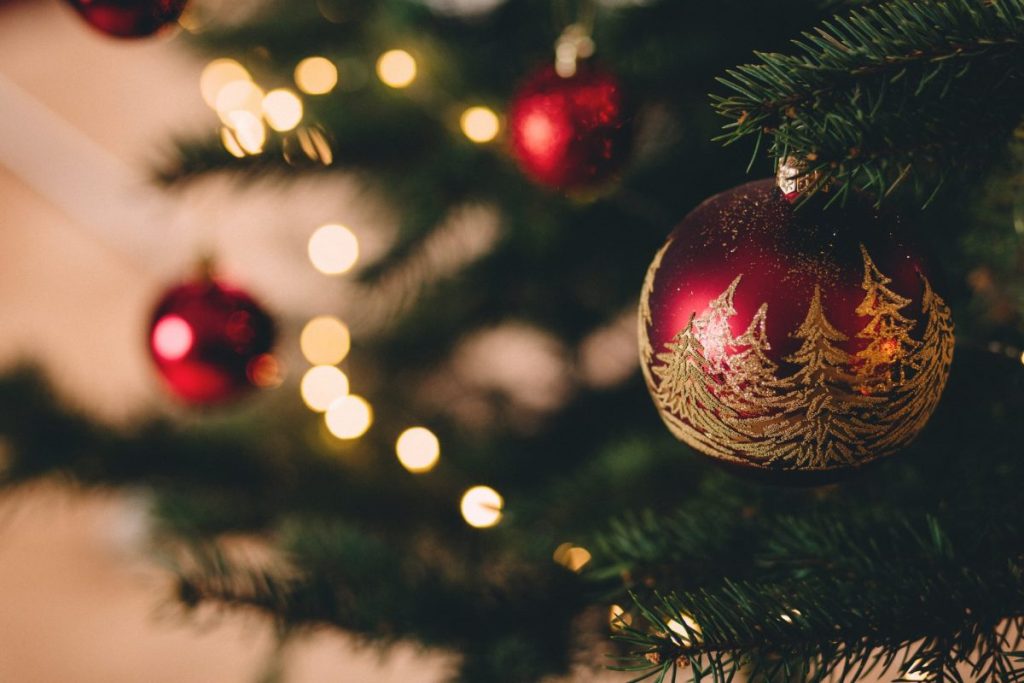 Okay, we already know from multiple annual articles some of the most critically acclaimed records for the holiday season. The Bing, Elvis, and of course Phil Spector albums all have their place on the top lists we see circulating around this time every year. We even have hints at some of the more popular kooky collections, like the Star Wars Christmas album by Meco Monardo and the fantastic John Waters Christmas album. Here are a few others off the beaten path that are either quite good or crazy, and sometimes even a little bit of both, which you may be unaware of and need to look for. Many tracks for these can also be found on various digital music apps as well (we’ll embed them when we can). Enjoy!

We’re going to start off with a goodie. Rockin’ Sidney’s zydeco style is amazing and booty shaking, a perfect rousing fun mood record. The opener, “Party this Christmas,” is the one, especially with his mantra throughout the track when he calls for someone to “ring the bell,” and a bell rings. Six minutes of funk zydeco bliss. The rest of the album is also terrific. There is an odd ending to the album in the last two songs, however, which kind of solidifies this album being the work of an outsider artist in a way. One of the tunes, “Birthday Celebration,” you can kind of let slide, but then there’s the utterly bizarre “She’s a Beautiful Bride.” Strange choices for endings to an otherwise terrific Christmas album. Ring the bell!

Country comedy parody duo who were quite skilled jazz musicians, but wound up being more successful in the industry the Weird Al way. Yankovic fans will certainly appreciate this amusing record. It’s fun, funny, and well performed, with some great mandolin solo work in here too. Lots to like here, but the highlight tracks are “All I want for Christmas is my Upper Plate,” “Ornaments” (a tune laced with innuendo), and of course the classic, “Santa Claus, the Original Hippie.” Delightful parody material for its time, and filled with jollification.

Not to be confused with the equally awesome same-title, same-year, same-producer (Ozzie Caden) album by Bobby Timmons, Patterson’s Holiday Soul is an annual go-to, a great record of Christmas instrumentals. This thing is smooth like melted butter ready to go into the batter. Jazz three-piece deliciousness, with solid rhythm by Billy James, stellar guitar weavings by Pat Martino, and of course Don Patterson’s intricate musing with the organ make this a winner every year. Tight and solid.

Maybe the most obscure, hard-to-find record out there in this grouping. As another reviewer in cyberland has said, it kind of has a Booker T & the MGs vibe. This is a great little instrumental album with some gospel flair to the pipes. Conedy was a self-taught organist who was with the Little Zion Baptist Church in Compton, CA at the time. After settling in with the first song, by the time you get to the phenomenally fun bassline and guitar jam of “We Three Kings” and the eight-minute furthering of “Christo Redento,” you are hooked in. Really groovy stuff. Not much more is known about Conedy except that he was a member of The Antelope Valley Inter-Denominational Crusade Choir up until 1997, and passed away in 2003. But he left a legacy as he intended with this record, as quoted from the back cover, “Settle back, relax and listen as George Washington Conedy skillfully and soulfully gives you what God has given to him.”

A popular salsa holiday favorite from the Fania Records label, and featuring some classic lineup of the Fania All Stars. The title means “Christmas Assault;” it truly is a delightful barrage of Puerto Rican holiday salsa and a perfect way to fight the onslaught that is Christmas bliss. Easily one of the most identifiable horn riffs with the hit song “La Murga,” but the whole thing is a joy.  Energetic and hip shaking to take off the holiday weight gain!

You can blast the Motown Sound and Phil Spector Christmas tunes all you want, but this is a solid powerhouse compilation as well. Somewhat late to the soul Christmas compilation game, it takes various Stax artists’ tunes throughout the catalog over the years and puts them together in this quick little comp that, once it gets on your turntable, will seem over before you know it. Rufus Thomas, Isaac Hayes, the Staple Singers, and two different sultry versions of “Santa Claus Wants Some Lovin’” (Mack Rice and Albert King) will get you warmed up on those cold nights.

Imagene Peise is a peculiar and tragic jazz pianist from Iraq. Her birthdate is unknown. This album is a strange and beautiful document to a puzzling recording session of a trio she had formed. Middle Eastern talents creating evocative versions of American-themed holiday songs, such as “Silver Bells” and “Winter Wonderland.” There is so much unknown about Peise, and it’s unlikely that much more will ever come to light; she committed suicide in 1978. This odd recording is some of the only evidence of her triumphant existence and intimate talent. This is my personal Vince Guaraldi Charlie Brown album — moving to hear every year. It’s something that, in its mysteriousness, is haunting and weirdly humbling to listen to. It is also actually a concept album created by members of the Flaming Lips, and was originally released as a secret very limited Christmas album in 2007. Brilliant, brilliant record.

The Cast of Bonanza – Christmas On The Ponderosa (1963)

This is a really fun one because it captures a moment in TV history as well. Bonanza was a hugely successful television show, and what better way to cash in than a Christmas record by the cast? (Pernell Roberts is mostly absent in this, however.) This has a radio dramatization quality to it, with various other cast members popping in on the homestead, but much like the show, the record has touching moments as well as comical. The best and weirdest is Michael Landon’s hoot “Santa Got Lost in Texas” and Lorne Greene’s endless baritone oddity “Stuck in the Chimney.” An endearing and fun choice for the holidays.

If feeling bad, like a sinner, is your thing during the holiday, this is right up your alley. A 2012 Record Store Day release, this album has archival hellfire and brimstone sermons from Reverend J.M. Gates all up and in between some pretty great blues songs from the early Columbia, Bluebird, Vocalion and Okeh catalogs of the 1930s and 40s. Victoria Spivey’s “Christmas Morning Blues” is wonderful, as is Butterbeans and Susie’s back-and-forth silliness “Papa Ain’t no Santa Claus (Mama Ain’t No Christmas Tree).” Real raw and earthy early documented blues treats on here. Does it make you feel bad about wanting a PS5 for Christmas? Nah. But it’s a delightful dig into the past, and gives you a slightly haunted satisfaction.

Originally a private issue record from 1981, it was re-released by the Numero Group in 2016. This is a hot and bothered 80s boogie album filled with soulful essence and quirky eccentricity. As of 2018, Joseph Washington Jr. was living in Las Vegas. His music career spanned a few 45s in the 1970s and an album called Make Way For Love under the name Joseph Majestic in the late 80s. But it is his Christmas record that stands out the best, with all original tracks like the drum-shuffling “Shopping,” the clap-happy Rick James-esque “Whatcha Gonna Bring Me,” and his “Merry Christmas,” which knocks it out of the park. Apparently, there is a cool story behind the making of this album, but I haven’t found out yet what it is.

Kay Martin And Her Body Guards – I Know What He Wants For Christmas… But I Don’t Know How To Wrap It! (1962)

Ahh, the delight of gathering the family around the Christmas tree and singing the classics from this album, such as “Santa’s Doing the Horizontal Twist” and chorus-chanting “Hang Your Balls on the Xmas Tree.” I love this record! It is right in the historic era of naughty comedy nightclubs, the world of Lenny Bruce, and that swank early historic time. If you’ve ever seen that brilliant show The Marvelous Mrs Maisel and can recall the seedy nightclub scenes, imagine this group playing there and having this record for sale. That would be accurate. Kay Martin and crew came from the Nevada adult entertainment scene, and they toured around with their act, sometimes managing time to record an album or two. This was the most popular, side one being original song recordings, side two being a live set at a nightclub with a lot of improvisations. It’s a testament to the underbelly of American history, downright funny and saucy. Kay Martin wound up becoming the owner / manager  of the Kay Martin Lodge, which still exists in Reno, Nevada. She was still running the joint in the aughts.

About as Richmond Holiday Music as one could get. Eddie Weaver was the master of ceremonies at the Miller & Rhoads Tea Room downtown during its peak. Maybe you were a lucky enough child during the holidays to get to see the “real Santa,” and perhaps even had a small sandwich and a drink at the famous tea room. If so, maybe you even heard Mr. Weaver play. Sometimes his daughter Jody would join him as well, and he would play the holiday classics while she sang. And you might even have seen him later that evening at the Byrd, playing on the Mighty Wurlitzer. This is a thoroughly charming slice of heyday holiday Richmond downtown.

Top Photo by freestocks on Unsplash.

Phil Ford is the co-editor and a contributing writer of Richmond Macabre : Nightmares from the River City and Richmond Macabre 2 : More Nightmares. He is also a contributor to artist Chuck Scalin’s Body of Evidence Book Art project. A writer, columnist, and musician, his work has appeared in ThroTTle Magazine, Richmond Magazine, and Carbon 14 Magazine. He also DJs the Friday Clock Out 5-7PM and co-hosts Death Club Radio on Thursdays 12:30PM on WRIR 97.3, Richmond Independent Radio.