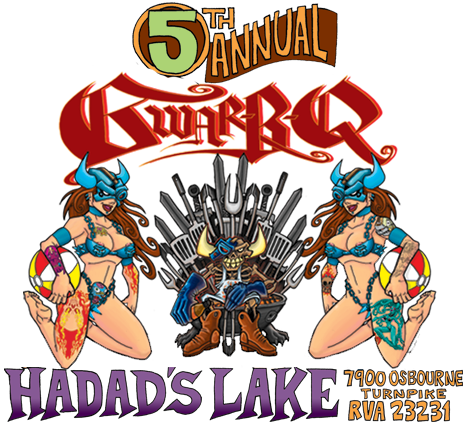 As we all know, the show must go on, and plans for the 2014 GWAR-B-Q continue full speed ahead, with the official TV commercial and the first bands confirmed for the event being released today.

As we all know, the show must go on, and plans for the 2014 GWAR-B-Q continue full speed ahead, with the official TV commercial and the first bands confirmed for the event being released today. The lineup is as stellar as any previous GWAR-B-Q, and is headed up by a rare and highly prized appearance by Ice-T’s thrash metal band, Body Count. Known for their inflammatory and eventually banned song “Cop Killer,” the group has been working in secret on their fifth album, entitled Manslaughter, to be released later this year on Sumerian Records.

The lineup features a lot of other heavy hitters that have come together to support the Slave Pit family. Connecticut hardcore lifers Hatebreed will be performing, as well as The Meatmen, who’ve been breaking every taboo with their un-PC punk rock for even longer than GWAR. Their onstage antics (and support of meat) make them a perfect band for this event. Plus, Kepone, featuring the original Beefcake, Michael Bishop, will be continuing their recent resurgence with a full-blast live performance. Other heavy hitters on the bill include Goatwhore, Iron Reagan, Revocation, Noisem, Loincloth, Occultist, and more! See the full list of bands, and keep your eyes peeled for updates, at gwarbq.com.

The loss of Dave Brockie doesn’t get any less sad as time goes on, so we should take our humorous moments where we can get them, and the just-released official commercial for the 2014 GWAR-B-Q is one of them. Filmed shortly before Brockie’s death, this commercial marks the final filmed appearance of Oderus Urungus. Dave was in rare form on this day, so enjoy it!

Friday, August 15, the day before the 2014 GWAR-B-Q, will feature a special public memorial for Dave Brockie from 4-7 PM at Hadad’s Lake. The GWAR-B-Q will begin promptly at 10 AM the next day, Saturday August 16. Tickets will be available soon at gwarbq.com.

Until then, show your love for Brockie and your support for the Slave Pit and the memorial Dave Brockie Foundation by purchasing one of the official Dave Brockie Memorial t-shirts, as shown below. They can be purchased at gwar.net/dave-brockie-fund.