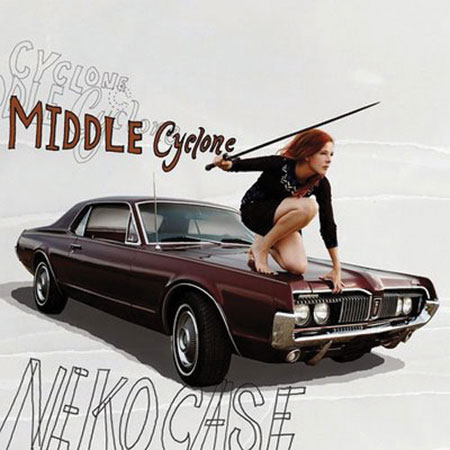 It has been three years since Neko Case has graced the world with a studio album and this time she’s back with a broadsword. If anything, this interim has delivered us a Neko even more polished, shinier and even more ready to cut your head in half with her vocal skills, if not her considerable skills at carback sword fighting. “The Pharaohs” is a jewel of scintillating guitar riffs thrown up in the dust of what used to be your heart and is vocally strong enough to be a fortress in the storms that are running all over this record. Throughout her ventures in country music, Neko Case has challenged people’s conception of what a country singer can tackle lyrically, stylistically and culturally. In spirit, if not in style, she is the inheritor of the storm front named Emmylou Harris that was pushing hard against the Nashville clone factory in the early ‘80s and winning. Middle Cyclone weaves a whirling path between stark beauty and lavish sonic storms, dipping through your hometown and up the highway toward the lights on the horizon. – Eriq Nelson 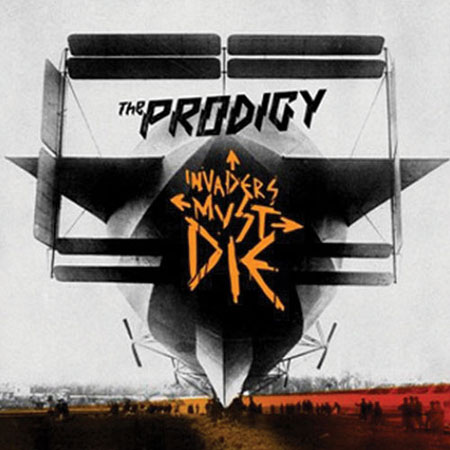 The Prodigy
Invaders Must Die
Take Me To The Hospital

Onetime underground rave rockers and pioneers of big beat electronica, The Prodigy shamelessly incorporate new elements on Invaders Must Die, their first album to feature all three band members since The Fat Of The Land in 1997. Drawing influence from artists like Justice and The Go! Team, The Prodigy reinject their infatuation with skull-shattering bass and epic breakbeats into the European club scene.

Pulsing with dramatic electricity, each track will shock the studded belts at any angry dance party, but Invaders Must Die is more than just a collection of potential hits; its chaotic order, flawless song transitions and unpredictable shifts in energy form an addictive experiment in dance music. Though less groundbreaking than previous works by The Prodigy, Invaders Must Die stays true to the beat-heavy, industrial electronic style they have been expanding for nearly twenty years. – Bryan Unger 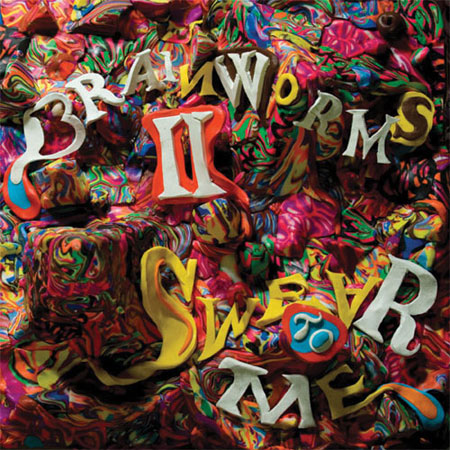 Brainworms
Swear to Me
Rorschach Records

Compulsively schemed from beginning to end, Brainsworms’ second full-length release, Swear To Me, insists your full attention. Opening strong, the persistent vocals invade the decadently melodic “Let’s Be Honest”, “Jay’s Big Date” and “Half a Life”, then recede graciously for the first of two instrumental intermissions.

Sandwiched between the lyricless pieces lies an epic triumvirate. “Which Words” flays with transcendently schizophrenic changes in tone, destroying your preconceptions in preparation for the highlight of the album, “Ropes Course”. “Whatever That’s How You Get Famous” follows assertively; however, with a spoken word rant set to increasingly convulsive chaos, the peak of the album’s intelligent fun. The second lyrical break, “The Pinnacle of Storytelling” gives you only a moment of feverishly melodic relaxation.

The album ends in a fashion reminiscent of the beginning, with “Lottery Balls” and “Take Your Medicine” rounding out the album impeccably by barking out Brainworms’ brutal roots and intentions. Technically marvelous and lyrically stellar, Swear To Me earns your time. Put it on, turn it up and pay attention. – Bobby Pembleton 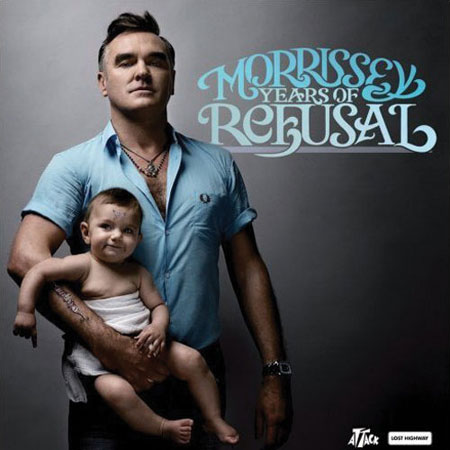 Morrissey has traveled an interesting road throughout his career, dipping into literature and dropping out of music at times. He tends to walk around rock music loosely and freely without much regard for other people’s opinions and it shows. He’s got a big collection of organs, synths, drums and guitars and he’s gonna use them all tonight. Years of Refusal is a backstage pass to Morrissey’s mind. This album starts off strong with “Something Is Squeezing My Skull”, bringing a smattering of pure rock to the album, grabbing your attention and letting you inside. Then the he beckons you into the back room for tracks that sound more like a progression of his solo work since his return to the music scene in ‘03 with You Are The Quarry. For those familiar with Morrissey, you’ll notice that his lyrics have moved outward in this record, painting pictures of the world through his eyes and letting you inside to watch. For those unfamiliar, you are about to meet a brilliant lyricist face to face and come away smiling. – Eriq Nelson 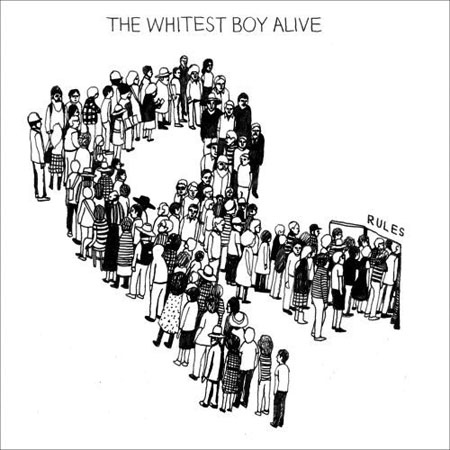 The Whitest Boy Alive is the greatest elevator band you’ve ever heard. They are dancing quietly in a light disco limbo between Belle and Sebastian and The Postal Service, wagging their fingers to the beat. They write minimalist electro inspired pop compositions that have nothing to prove; they are breezy and light on their feet, smiling the entire time as they dance through your headphones. By the time “Intentions” is playing you’ve already introduced them to your mother and invited them to come stay the weekend. Just when you think that they can be written off as a light handed pop band from Berlin, “Timebomb” comes along and you realize there is something lurking under the covers of their hotel sheets. Something dangerous. Something cool and unknown that you need more of. It’s okay, they’re not going anywhere yet, and there’s plenty more on this album that bears repeated listening. – Eriq Nelson 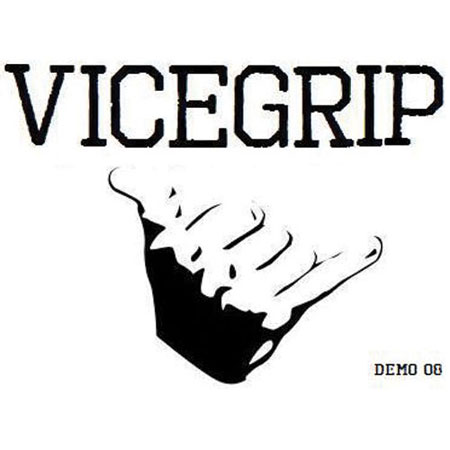 “I’ve got this sickness, who knows tomorrow/I’ll plant the seed, you sow the sorrow”. Thus ends “Ill Omen”, the first track on Vicegrip’s recent demo. Released on Swim Harder Cassettes, Vicegrip’s initial recordings are promising to say the least. While ostensibly paying homage to legends in the scene – Righteous Jams, American Nightmare, Integrity – these four tracks definitely venture into uncharted terrain. Musically, these songs are full of a texture and a youthful energy that few bands succeed in capturing. The brooding, uncertainty-laden opening chords of “Ill Omen” convey the mood of the entire record. The heaviness, the depth, and the sheer vitality of these four tracks are enough to make anyone with a pulse want to hurt something. Lyrically, however, vocalist Knox Colby explores exceedingly personal terrain. Disappointment, misfortune and doubt are all recurring themes. Tearing through mix, the vocals are marked by a sense of desperation and urgency that reinforce the feelings of disillusionment and regret that fuel the demo. “Iron into Steel” and “Moving On” are more uptempo songs with a Suicide File-esque groove. The final track, entitled “Vicegrip”, is definitely the demo’s heaviest song with its thick, chugging intro. Though well recorded, the demo fails to capture the heaviness of these tracks heard live. Even so, Vicegrip’s demo is a testament to the idea that angry young kids can still make amazing music. Anyone who has ever felt threatened by the prospect of having to face adulthood, anyone who has ever been disappointed, anyone who has ever endured the crushing burden that life becomes day after day can certainly relate to these tracks. – Chandler O’Connor