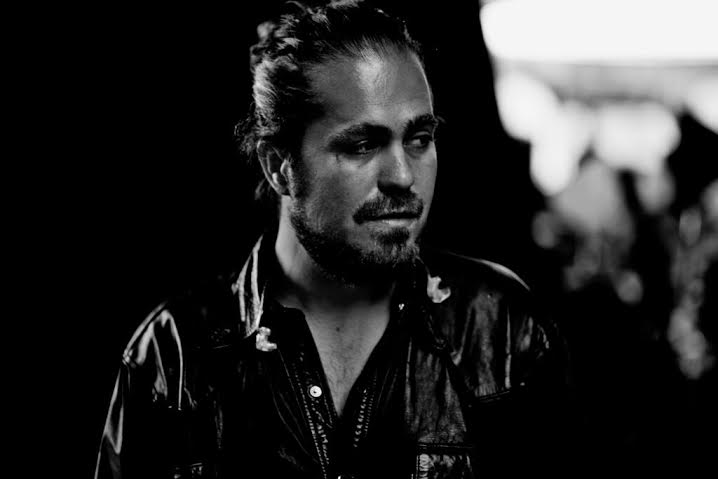 When it comes to an acoustic set, a solo one at that, it’s either epic, or a complete, awkward flop.

When it comes to an acoustic set, a solo one at that, it’s either epic, or a complete, awkward flop.

And Saturday night, singer/songwriter Citizen Cope fucking killed it when he stopped into The National as part of his solo/acoustic tour. Now this wasn’t my first time seeing the soulful blues singer. I caught Clarence Greenwood, popularly known as Citizen Cope, at The National a few years back when he was promoting his sixth studio album, One Lovely Day, but he was accompanied by his full electric band at that show. He always puts on a great performance and is such a humble musician, but this particular show blew me away.

This weekend it was solely him, a guitar, a mic, the stage and the people and it was perfect. A completely stripped down raw performance, nothing more, nothing less. This was a no frills show, he strummed his guitar and used his rootsy-blues vocals to power the show and that’s all that was needed. The show was laid back, but still lively and entertaining. While backing bands always add a little something extra to a show, I think an acoustic concert definitely allows one to connect more with the musician. It’s more intimate and the vibe is different and that was definitely the case with Cope’s show.

He manages to fuse together folk, rock and blues in a way that not many musicians can. Covering love, heartbreaks, political and social issues, substance is never lacking in his songs. It’s fervent, full of emotion, a little rough around the edges, but most importantly real, and I think all those things combined is why he’s managed to become so successful, without thrusting himself into the constant limelight like many of today’s musicians.

Opening for him was an up and coming singer/songwriter whose name escapes me, but her music did not. She played three wonderful songs that clearly all came from the heart and were very powerful. I wasn’t expecting much when she came out, but her voice was incredible and the songs ranged from love and heartbreak, all things that are relatable. She was very natural on the guitar. She seemed to be losing the crowd towards the end of her set, I couldn’t tell if they weren’t into her, or if most were anxious for Citizen Cope to come out. Either way, she did an amazing job and she’s definitely an act I would catch live if she were to come to a place The Camel or The Broadberry.

Citizen Cope performed all of his hits for the most part, playing songs from his second album released in 2002, through his latest album, One Lovely Day, released in 2012.

Coming out quietly, with a calm demeanor, greeting a crowd that was quite the opposite, he opened the show slowly with “Lifeline” and then built up throughout the night with the well-known hip-hop/r&b-infused “Bullet and a Target” and some of his slower tunes like “Dartagan’s Theme” and the heart-filled “Hurricane Waters” mixed in between.

During “Dartagan’s Theme,” Citizen Cope just played his guitar near the end of the song, and let the crowd sing the refrain as it faded out.

The song “Bullet and a Target” begins with a shy and quiet clap and Cope had the audience begin the song by imitating the clap with him starting off with the riff.

He switched it up about half-way through his set, with “Let the Drummer Kick” which isn’t an acoustic song, it has a piano loop and hip hop vibe, but Cope told the crowd he thought it should be included. And that was awesome. Bass boomed through the PA as he sang the chorus leading up to the first verse.

His interaction with the all seated-crowd was relaxed, but playful. Normally, Cope just runs through songs without much chatter between, but Saturday night he wanted to have a little conversation with the audience.

“I’m trying to get better with my banter,” he said jokingly. While confident and in his element when he plays, Cope almost seems uncomfortable with all the little extras that come with a musician, but he handled the interaction casually.

“Someone get the conversation going,” he continued.

Silent at first, one loud-mouth in the back shouted back, “What’s in the red cup?!” which Cope had up with him on stage.

Laughing, Cope said, “It’s just apple cider,” taking a swig from the solo cup. “But I wish it was bourbon,” he added.

His southern roots from Memphis and Mississippi, definitely come through in his lyrics and his voice. It’s definitely something that draws the listener in.

After he performed the catchy, upbeat tune “Son’s Gonna Rise”, the musician graciously thanked the crowd and casually strolled off stage. But of course, we knew an encore was coming, and the crowd was up on their feet stomping and clapping for one. The entire venue was vibrating and shaking from the stomps and chants and cheers for an encore.

After much anticipation, Citizen Cope finally returned to the stage to perform “Penitentiary,” and my personal favorite “Sideways,” which is a sorrow-filled, but heart-felt love song he normally does with Carlos Santana, but he had to stand on his own to sing it Saturday and it was just as beautiful, if not better played acoustically.

Much of the crowd was screaming for this song when he asked what they wanted to hear. This was of the one songs Cope let the crowd sing along to and the whole place was calling out the chorus. The vibe was really warm and seemed to connect everyone together with him. He concluded the show with the fast-paced, fun “Brother Lee” which had everyone clapping and singing along.

Yet again, Citizen Cope delivered a solid performance that left you reflecting on your past relationships, current ones, and as always, satisfied the soul.