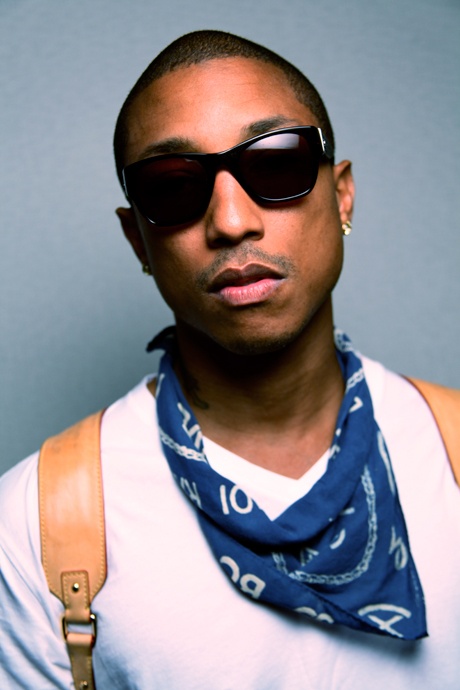 This year, RVA Magazine will be celebrating our 10 Year Anniversary–and in honor of our first decade of publication, we’ll be taking a look back and some of our favorite articles we’ve run over the past 10 years. Today, we revisit our interview with Pharrell Williams, the cover story from our Summer 2010 issue. Enjoy!

This year, RVA Magazine will be celebrating our 10 Year Anniversary–and in honor of our first decade of publication, we’ll be taking a look back and some of our favorite articles we’ve run over the past 10 years. Today, we revisit our interview with Pharrell Williams, the cover story from our Summer 2010 issue. Enjoy!

It is around 3:30PM and we’re in South Beach Studios in Miami Beach, Florida, shooting a music video with Pharrell Williams. Alex Germanotta, the DP of the video, and I began talks with VA natives Clipse a little while ago. We wanted to shoot a video off of their album Till the Casket Drops, which features Pharrell and fellow Virginia native Kenna. To say we were excited would be the biggest understatement ever. Pharrell Williams of the Neptunes–media mogul, fashion icon, soundtrack composer.

We had shown up a couple of hours earlier to set up and were doing test shots when we got a call from Pharrell’s personal assistant, Mick. Mick could arguably have the greatest job in the world, seeing as he stays with Pharrell everywhere he goes, whether it be South Beach or the French Rivera. Mick’s call is simple and short; he notifies us that Chad Hugo will be coming by the studio, so if we want we can shoot with him as well. A pleasant surprise. Alex and I began to look for shots to incorporate him, and end up on the roof getting photos of Chad messing around. It’s a weird flashback to a middle school band room, as Williams and Hugo have known each other since they were 12 years old, and their relationship has evolved from competitive to collaborative. They formed the producing group The Neptunes sometime after high school, and the rest is history. They both grew up in Virginia Beach, and Pharrell will tell you it was not the easiest of times, but a blessing in disguise.

“The thing in Virginia is we did not have a musical outlet in the sense of a music industry, in the same way that people today get. So I guess it trickled down in a different kind of way. We approached making music by changing the feeling and, you know, almost having the part that is psychological, and thinking that [you’ll] never have the opportunity, so when you get the opportunity it’s all coming from a place of inspiration and nothing else. Now depending on the area, they want you to be an athlete or a rapper. During that time when we started out, everyone wanted to be athletes or hustlers, and then you had the kids that were into education. That seemed a little bit more hopeful and promising because we had seen it happen before. As far as music, we didn’t think that it was going to be that way. So I feel like if I had known (about music) I would have taken a very different approach, and it would not have lasted as long as it has.”

It has lasted now for more than 15 years, and is possibly as strong as ever. Recently Billboard Music named The Neptunes Producers of the Decade, beating out fellow Virginia native Timbaland. Aside from being one half of the Neptunes, Pharrell is a lead member of N*E*R*D, who have made their stamp on today’s music with profound clarity. On the eve of the 4th album for N*E*R*D, entitled Nothing, with the latest single “Hot n Fun” featuring Nelly Furtado, Pharrell expresses that this album can best be described as a conversation about society between N*E*R*D and women.

And what Virginia meant to him?

“When I think about VA, I think about home. It’s the place that raised me and made me what I am. A huge influence. But at the same time, my heart always goes out to the effort of just making sure that education is much more readily available and accessible to the kids. For whatever reason, everything in the world is based on perspective, and if your perspective is off, then probably most of your endeavors and your life will be too. So I think that there is a big disconnect there, in your education and how much it means to your future. I would like to make education the coolest thing there is, because it is the very means to your success, at least the way I have learned it.” 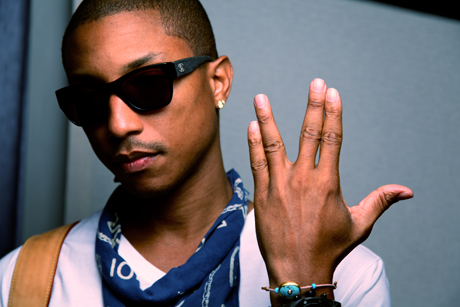 For the album’s first single with Furtado, the group got to collaborate with renowned music video director Jonas Akerlund. Jonas can be accredited for past and present video classics such as Prodigy’s “Smack My Bitch Up” and Lady Gaga’s “Paparazzi,” and currently has a MTV VMA nomination for video of the year for “Telephone.” “Jonas is a genius, and I told him what I wanted to do,” says Pharrell. “He totally got it, and totally took it to the next level. It was just a pleasure to work with him.”

Pharrell is everywhere. Along with collaborating with Akerlund, he recently got to do his first score for a major motion picture. He is credited alongside composing legend Hans Zimmer for the score for Despicable Me. “Hans Zimmer was amazing to work with,” Pharrell says. “I was just talking about him today because he also did Inception, so we have the number one and number two films this past couple of weeks, and that’s been really awesome.”

With this new box on the list of potential creative endeavors recently checked, who except Pharrell himself is to say where his relationship with cinema will lead? It’s fair to say that it will be something to watch and appreciate.

Even with all these media at his disposal, and all of his commercial success, Pharrell is making time to promote education, and to reach and positively impact the youth. “We’ve just got to make education as cool as the iPod is,” he continues his earlier thought. “That is the one way the iPod was made. Education had a huge impression on someone, and they made that. You know? All great things in the world–some things come from pure inspiration, but the refinement of all inspiration is through education.”

To walk the talk, he recently launched Kidult.com, a site orientated around getting proper, relevant news to kids 14 and up. “Well I think the biggest thing with Kidult for us is, to continue with what I was saying before, is that the world is crazy, man, and each kid deserves that opportunity, and if we don’t give it to them then who will?”

It is refreshing to see that someone is making such an inspired and substantial push for the youth. Kidult.com is a way for kids, anywhere in the country and around the globe, to get their next dose of information about politics and news. [Kidult appears to have gone defunct in 2012.-ed]

I saw firsthand how Pharrell is with kids while watching him work later that day. During a recording session in the studio, one of his friends stopped by and brought along his 9 year-old son. The young boy was in awe when he met Pharrell. Pharrell shook the young boy’s hand and told him he was allowed to come hang out anytime he wanted, but the only way the bodyguards would let him in would be if he has good grades. 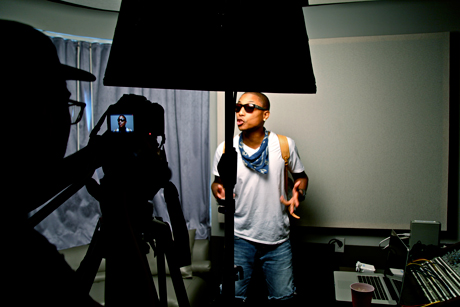 Back to the video shoot. Alex and I were nervous but excited. We had set up lights. We cued up the hook on four different exchanges. Everything was ready and as soon as we hit record and pressed play on the deck, Pharrell changed. He went from cool, calm, and collected to fast and funky. He did his four takes, paused, then told us he didn’t like them and for us to do it again. He said, “I’m going to give you more on this one.” Obviously, we did not have a problem with that, and when I hit the play button again he gave us something new with even more energy. Afterwards he said “those were all good takes.” That’s all we needed, and after getting some coverage and B-roll shots, it was done.

Later, on the phone, I asked Pharrell what his most memorable moment in the studio was. Without missing a beat he said, “I was working with Justin [Timberlake] and Michael [Jackson] called. I thought it was someone prank calling me so I hung up on him, multiple times. But he said, ‘No it’s really me.’ And I thought, ‘Come on man, somebody’s playing a joke. Michael Jackson does not want to talk to me.’ But it was [him], and it was the coolest thing in the world.” Looking back, I realize I didn’t ask what they talked about. I really wish I had.

I followed up with the most generic question ever to grace an interview: “What’s playing in your car or on your iPod at moment?”

“Right now? Old Beatles and Stones records, and of course there’s always room for Roy Ayers and Donald Byrd and all of my cast of people that I love and respect.”

After the last question, but before we hung up, I asked when Pharrell or N*E*R*D would come to RVA, to which he replied “on this upcoming tour.” I quickly mentioned to him the craziness of what is unfolding at RVAlution, thanked him for the interview, and told him we’d would love to hear from them in the future. “Thank you so much man. We really appreciate it,” he said. “I love Richmond. Virginia is home, man.”