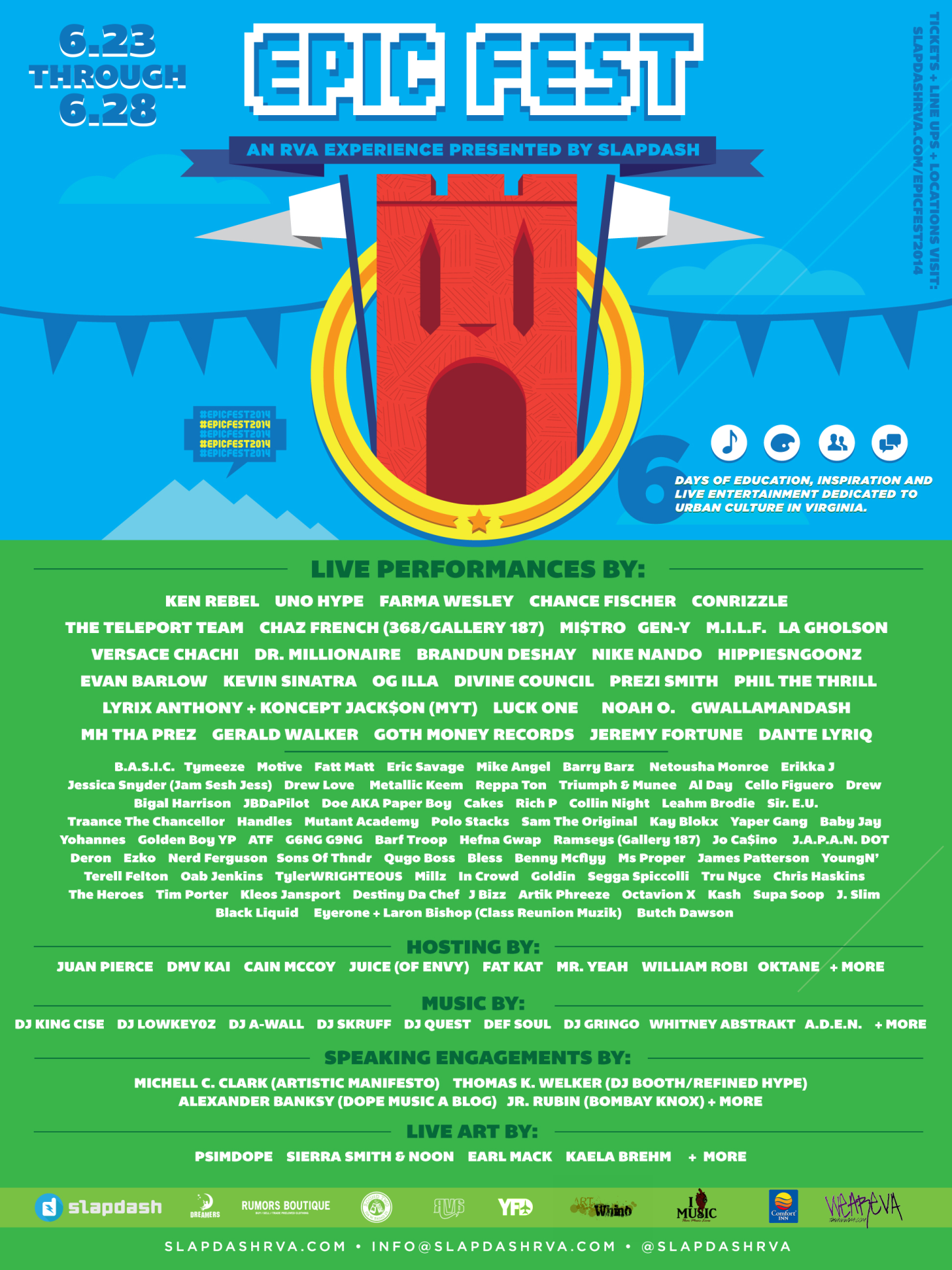 Epicfest is back for it’s fourth year in a row, and it’s got quite a line up with a mess of shows and venues for you to catch.

Epicfest is back for it’s fourth year in a row, and it’s got quite a line up with a mess of shows and venues for you to catch. Check out some details about this year’s events below, read the Cheat’s Movement Breakdown of the fest here, and see the line up in the posters below.

Slapdash RVA serves as the middle ground between Richmond, VA’s community and culture. We have gained the financial support and recognition of the highest regards from many of the local businesses, as well as independent artists, designers and all around cool kids. Slapdash is considered by local Richmond patrons as one of the go-to outlets for for events relevant to the art and street culture in Central Virginia since 2008. In 2011 we decided to put all of our generated momentum from our home grown support into an action packed event for the city. Art, fashion and music were combined into one giant mixer called Epic Fest 2011. Epic Fest 2011 was the culmination of the hard work we invested into the budding Central VA urban street culture – It’s a true testament to the structure we built along the way. We find our strength in the unconditional support that comes from all four corners of our thriving state and beyond.

After 3 consecutive years of witnessing a more than 100% increase of overall attendance each year, we are excited to kick off the 4th annual EPIC FEST on June 23rd, 2014, to continue our previous success with our most ambitious venture to date by adding more locations, bigger acts and more promotional tactics to engage the local market and beyond.