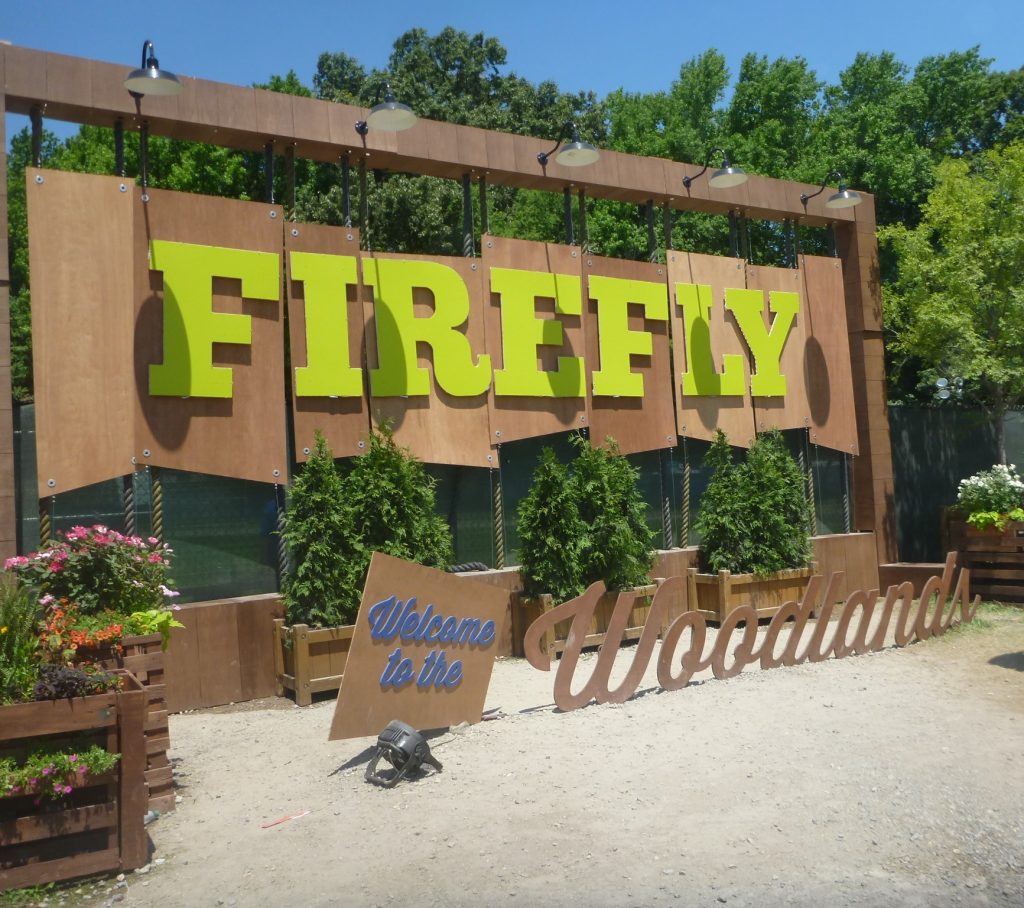 Drawing nearly 100,000 people, more than three times the population of the town itself, 2016 was the annual music festival’s biggest year yet. Once again, it proved it can stand up among the ranks with long-running festivals like Bonnaroo, All Good, and Coachella. 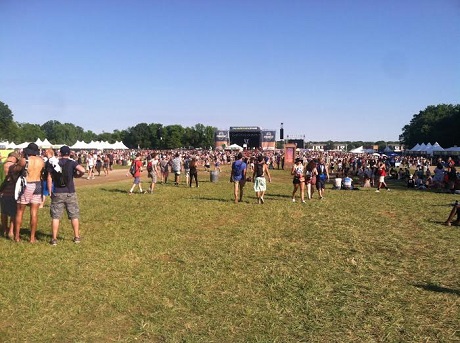 Produced by Red Frog Events, a Chicago-based company that also puts on the Warrior Dash obstacle race series and American Beer Classic, Firefly Music Festival launched in 2012 with just under 50 acts. Now just off its fifth year, it has grown to over 100 acts spanning all genres, catering to just about everyone’s musical taste, and providing a platform for major artists as well as shining a light on emerging ones.

Topping 2015’s headliner, Paul McCartney, was no easy feat for organizers, but they managed to pull it off with Mumford and Sons, Florence and The Machine, Deadmau5, and Kings of Leon headlining the bill. Ellie Goulding, Blink-182, Earth, Wind and Fire, Tame Impala, Death Cab For Cutie and Ludacris were among the others that filled out the diverse and well-rounded lineup this year.

Unlike Tennessee-based festival Bonnaroo and Ohio-based hippie fest All Good, Firefly isn’t smack dab in the middle of nowhere with nothing but farmland for miles and miles. It’s set in a wooded area next to the Dover International Speedway, near a major highway. (This led to some serious walking, confusion and trial and error with different routes, but I won’t bore you with the details of our struggles getting around the first day.)

Once you made it inside the festival gates however, the landscape was completely different. Lush trees and wooded areas sprawled across 154 acres of land with a vast, colorful sea of tents and campers as far as the eye could see.

With over 100 acts performing on five large stages and two more intimate ones, it was definitely a challenge trying to get to see every musician and band, but I think we were able to pack more than enough into each day.

The weather was a delight nearly all weekend, sunny and beautiful. My group was lucky enough to miss the giant storm Thursday night that early arriving campers suffered through. We entered the compound Friday afternoon with the sun shining and a thankfully dry campsite.

After getting settled in, we hiked the 30-minute walk over to the festival gates among the droves of thousands of other people over a bypass in Dover. The festival’s layout was pretty centralized and easy to navigate even though we averaged about 10 miles a day. 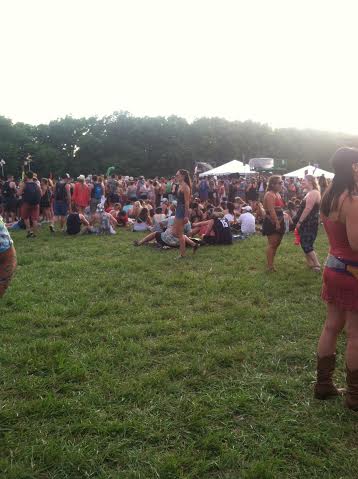 The first performance of the weekend was the unapologetic, witty Long Beach rapper Vince Staples on Friday afternoon. I wasn’t that familiar with his work, but was very impressed with the show, his stage presence and ready to take on the rest of the day afterwards. He managed to get the crowd hyped up and keep their energy going throughout his short set. His lyrics were very politically, culturally and socially charged-not the typical “drugs, money, girls” script that can be heard on the radio these days.

We caught the end of indie rock band Civil Twilight’s set next and the South African natives, who dropped their latest record, Story of An Immigrant last year, definitely showed their roots and influences in their music, making for a lively and upbeat show.

After grabbing some grub from the many different food vendors, we stretched out on a blanket away from the crowds and listened to Of Monsters and Men’s set. The indie-folk pop band from Iceland was a little disappointing, not exactly delivering a memorable show. They had a different sound than usual, very hum-drum and reminded me of elevator music more than music that should be performed on stage. All in all, a very lack luster performance.

Friday evening’s lineup was jam-packed with stellar performers. California’s Fitz and the Tantrums stormed the stage with their Motown-pop sound, exuding energy and working the crowd, turning it into a fun little dance party. The band had just released their third, self-titled album earlier this month and they of course played their latest hit, “HandClap” which I am obsessed with. I can’t get enough of it.

It’s so catchy and makes you just want to move-and clap along.

Fitz and the Tantrums performed it with such excitement and lead vocalist Noelle Scaggs, donning all black, danced and jumped around so much that she made me feel exhausted, but that just made the crowd go more wild and points to their dedication to their fans.

British synthpop singer/songwriter Ellie Goulding’s performance was one of my favorites from the festival. Her angelic, soft voice coupled with her non-stop dance moves made for a night to remember. She revved up the crowd slowly by displaying her face with some serious computer graphics on the big screens at the sides of the stage and appeared amidst smoke after much build up. This led to a fairly ampped crowd screaming for more.

Electronics and eye-popping computer-generated graphics were a big part of her show to transition smoothly between songs. She sang most of her hits from 2015’s “On My Mind” to the sorrow-filled, but up-tempo “Outside”, the smooth and intoxicating “Something in the Way You Move,” “I Need Your Love” and her breakout hit, “Lights.” She moved as if she were teaching an intense aerobics class and still managed to sing beautifully which is no easy task.

There was no lip syncing here and that’s the sign of a true artist. If you have the chance to go see her, do it, she puts on a hell of a show.

Later that night we caught Australian psychedelic/electronic band Tame Impala at The Backyard Stage and I’d only recently been turned onto them. I’m glad I started listening to their music pre-festival because their latest album, Currents is probably one of the best albums from 2015.

The band put on a spectacular show, playing much of their latest spacey, atmospheric album including “Let It Happen” and “Eventually” with a mesmerizing, colorful and trippy light show to go along with it. Confetti blanketed the crowd as the group performed, making the hundreds of fans go wild as their psychedelic show lit up the night sky. A giant hot air balloon slowly made its way up the right side of the stage in the background which everyone hoped would take flight at the end of their set, but sadly, it stayed there throughout the festival.

It was still pretty cool to look at whenever we walked by the stage throughout the weekend. Rainbow–colored, swirling and twinkling lights dazzled and danced behind lead vocalist Kevin Parker, the man behind the magic, throughout his electric set. This easily persuaded the crowd to dance the night away to his hypnotic beats and sounds.

Stay tuned tomorrow for Part 2 of our Firefly Music Festival coverage which includes performance reviews of Mumford and Sons, Florence and The Machine, Nathaniel Rateliff, The Night Sweats and more on the Firefly experience!