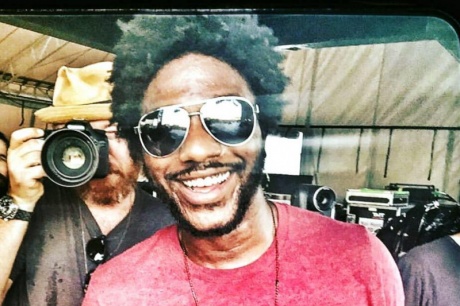 DJ Williams, and his band the DJ Williams Projekt, have been touring for some time, but according to a GoFundMe page, the musician has found himself detained “in the Middle East” and he’s seeking donations through an “Appreciation Fund.”

The only details available for now come from a facebook post which says the artist had been over seas since mid-April and he has since been detained “due to a mistake and a misunderstanding.”

“I am staying strong, healthy and positive, and have a great team working to ensure my safe and expedient return,” reads the post put up earlier today. “Thank you for all of the love, support and encouragement. I am going to come out of this a better person. I’m looking forward to all the music I’ll get to play with and for you this summer.”

Over at the GoFundMe Page, Williams has raised over $3K by press time. the “Appreciation Fund” says “he still has numerous expenses here that have to be met while he is unable to work.”

Williams was a Richmond funk mainstay and has since moved to Los Angeles. He had shows booked through May under the banner of Karl Denson’s Tiny Universe where he plays guitar.

RVAMag is working to track down more details – check back for more info later.